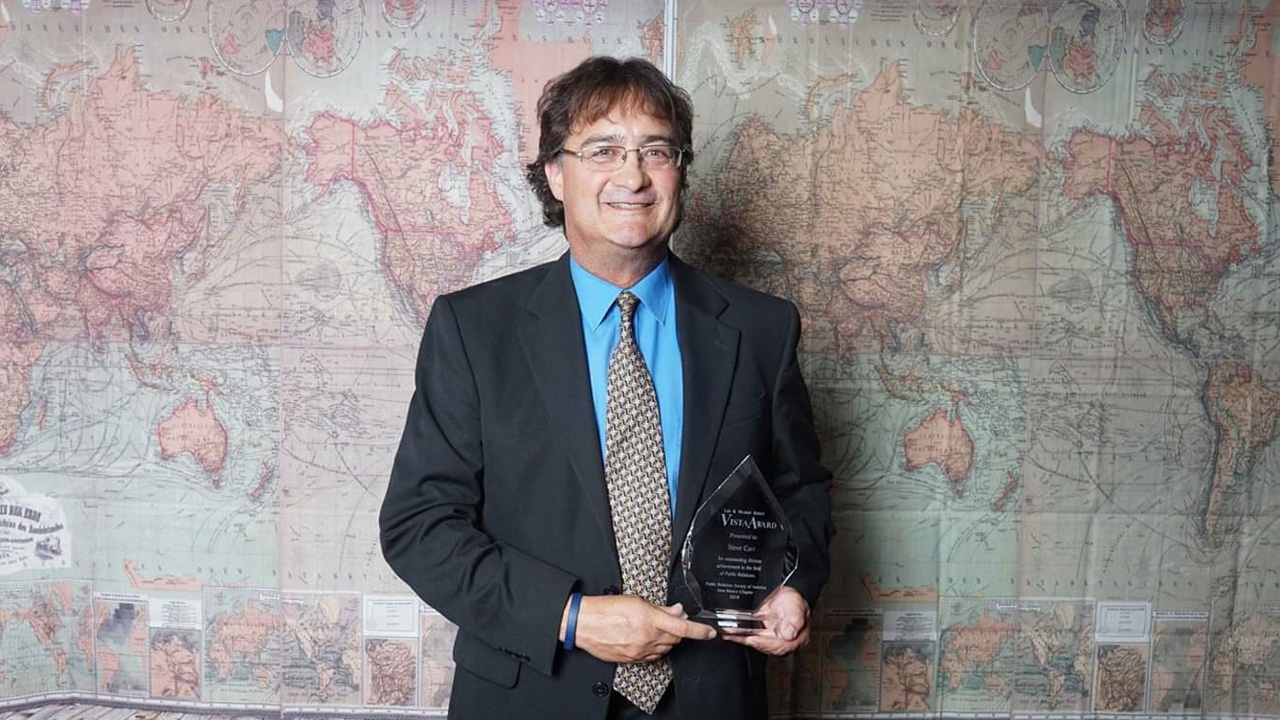 Beneath Steve Carr’s journalistic glare and nose for a good story, is a heart of gold with a work ethic to match. Now, his dedication to service is being recognized both inside and outside The University of New Mexico. 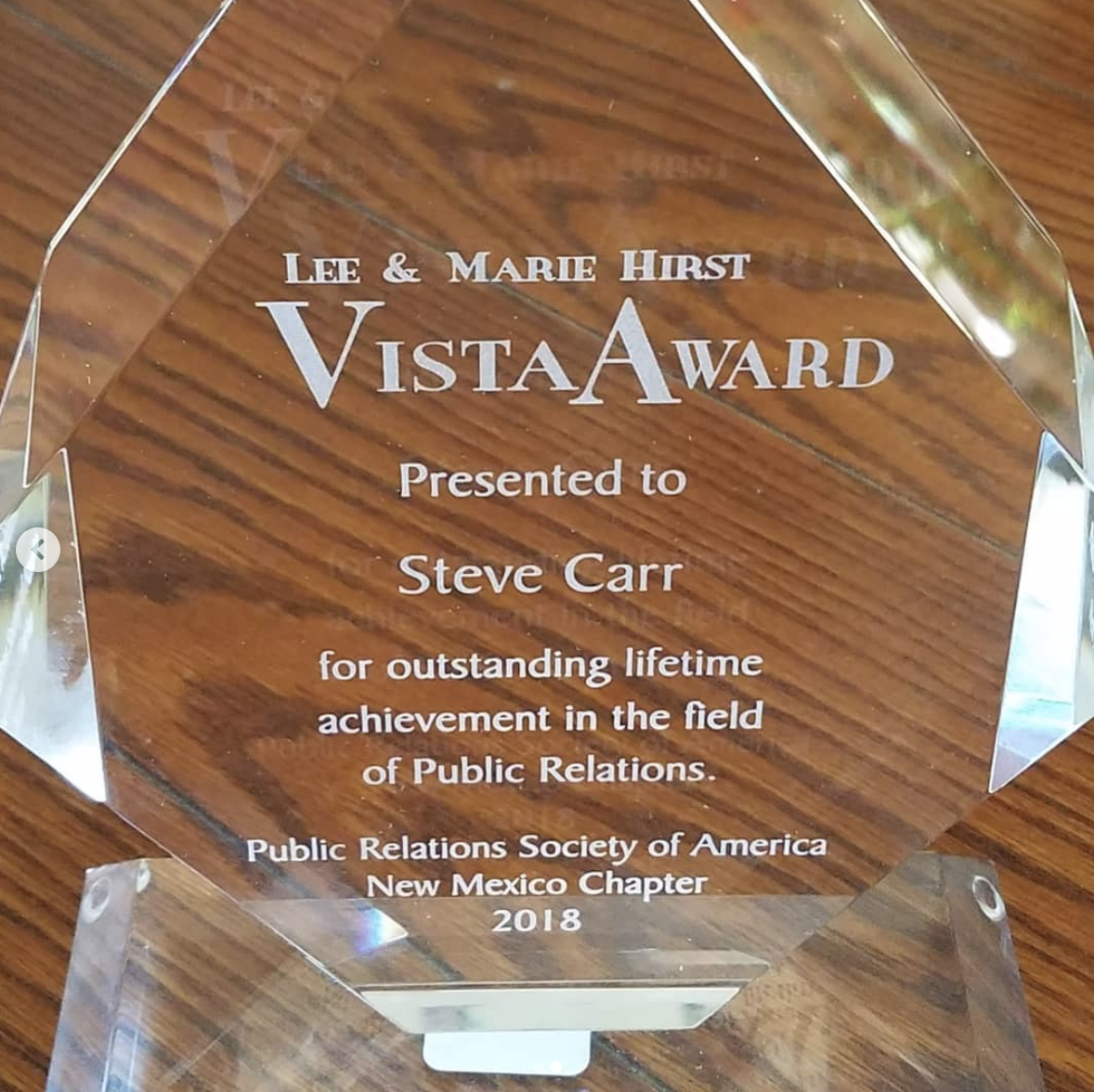 Carr, who manages UNM's communications efforts, was recently awarded the Lee and Marie Hirst Vista Award from the New Mexico chapter of the Public Relations Society of America (NMPRSA). The prestigious award honors just one recipient per year for outstanding lifetime achievement in the field of public relations. This award is designed to honor visionaries of the New Mexico chapter and to celebrate a proven track record of long-term excellence among practitioners. In January 2005, the Vista Award was renamed the Lee and Marie Hirst Vista Award after the first recipients, who passed away in 2004.

“I know you may feel that there are others that are more deserving of this award but that could not be further from the truth,” said the award letter from NMPRSA Chapter President Beth Valasquez. “You embody all the qualifications of the award -- especially your contributions to the Chapter; serving as a role model for other PR and communications practitioners; and helping to advance our profession.”

Carr — who doesn’t know we’re publishing this piece about him — has been a bedrock of public relations in New Mexico since he started working at UNM nearly 30 years ago.

His nearly three decades of service have found him all over the campus, from writing pieces for the Daily Lobo when he was a Communication and Journalism student, to appearing as a guest on Inside Lobo Athletics Podcast, to writing feature pieces, editing announcements and maintaining the UNM Newsroom. Anyone who sees around campus would agree, he doesn’t seem to be slowing down.

“It's been an incredible ride at The University of New Mexico so far over 27 years, but there is so much left to do,” Carr said. “Our challenges are as tough as ever, but with passion, dedication and hard work, you and I can be the change we want to see.”

Carr has also held similar positions with Comcast Cable, UNM Health Sciences Center marketing department and the New Mexico Scorpions Hockey Club. He began his career in 1990 in the UNM athletics department initially as a student intern and working his way up to assistant sports information director.

Outside of his UNM duties, he also helps promote the industry of public relations. He’s been a member of PRSA for more than 14 years, and has served the chapter the past eight years either as a volunteer, vice president for Programming (2013), President-elect (2014), and president (2015). He was presented the award last week at the annual 2018 Cumbre Awards gala honoring the best in New Mexico public relations.

Carr has spent his entire career volunteering in various capacities for a variety of organizations giving back to the greater Albuquerque community including United Way, American Cancer Society and Sagebrush Community Church. He has also received several Cumbre awards and certificates for publications, feature stories and other professional achievements.

An Albuquerque-native and Sandia High School alum, Carr was a 1990 UNM graduate where he earned a bachelor of arts in journalism and a minor in creative writing. In his spare time, he enjoys the outdoors, classic rock and his five dogs Koda, Bebs, Jackson, Mia and Baby Ella.