Uncovering the mystery of very early humans in New Mexico

Shaggy, heavy-shouldered bison have grazed the wide open spaces of the American Southwest for thousands of years. They made a tempting target for the hunters who walked the empty landscape between 9,000 and 13,000 years ago. The bison were attracted to a lush landscape west of Socorro, New Mexico where wetlands created by mountain runoff stretched across hundreds of acres. The hunters were attracted to the bison.

In 2000, archeologist Robert Dello-Russo was hired by the Energetic Materials Research and Testing Center (EMERTC) at the New Mexico Institute of Mining and Technology to survey land where they wanted to build a new observation facility for their explosives research. He contracted to look for archeological sites on the state-owned land, and found much more than anyone expected.

“We found the Water Canyon Paleo-Indian site and a lot of other early Holocene sites because we were right at the edge of this big alluvial fan so there were other sites eroding out and basically, we said well if you are going to build this, you are going to have to move it some place that is not littered with archeological sites,” said Dello-Russo.

EMRTC is internationally famous for the quality of its research and a welcoming spirit that brought the television show Myth Busters back repeatedly to blow up all sorts of things. The EMRTC scientists didn’t realize an obscure part of their 14-square-mile field laboratory was a major archeological site. 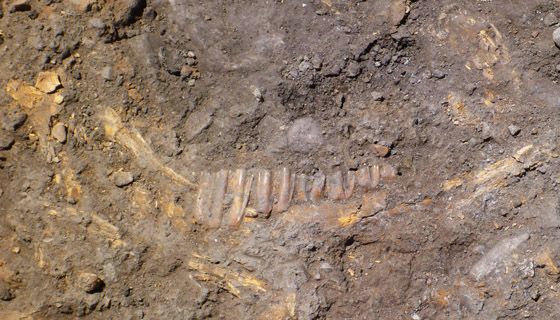 The jaw, including teeth, of a bison as it looked during excavation in Water Canyon.

In the years since he discovered the site at Water Canyon Dello-Russo and his colleagues have returned to the site repeatedly to explore the scope of the ancient wetlands, finding more and more evidence that the best documented earliest humans, known as Paleo-Indians on the North American continent hunted here. EMERTC has helped wherever possible, supplying water, lending a backhoe for a major excavation and generously allowing the access Dello-Russo needed.

He is now the director of the Office of Contract Archeology at the University of New Mexico. OCA operates as a division of the Maxwell Museum of Anthropology at UNM and functions as a team of professional archaeologists that can be hired to do research.

Students and OCA staff work under contract to various state and federal agencies and with private companies in need of surveys and reports on archeological sites. The work ranges from excavating artifacts to helping the U.S. National Park Service build their history exhibits to assisting pipeline companies find routes that won’t damage historical treasures. Depending on the ebb and flow of contracts, Dello-Russo hires dozens of students to work in the field and in the laboratory.

They don’t yet know precisely how many generations of hunters found prey at this spot. As a historical comparison, the Paleo-Indian hunters roamed the landscape between 12,000 and 8,000 years before the Ancestral Native Americans built Chaco Canyon, another famous archeological site in the state. It’s still a mystery whether the hunters stayed for some time at Water Canyon, or whether they killed and ate bison and moved on, although current evidence suggests the later.

Blackwater Draw or the Clovis Site, in eastern New Mexico is the first site in the state where it could be documented that generations of Paleo-Indian hunters successfully hunted and killed their prey at one place on the landscape, and then returned to the place again and again. Water Canyon, west of Socorro appears to be the second.

One possibility this particular archaeological site may offer is the opportunity to understand how bison evolved. “There is this evolutionary trajectory from the late Pleistocene where bison go from being Bison antiques, which is a species that was 10 to 20 percent larger than modern day bison, to the Holocene when they became the smaller, modern bison or Bison bison,” said Dello-Russo.

The bones from the two known bison bone beds at the site are different ages and potentially different sizes. Dello-Russo says they still have to answer the question about whether they are seeing different species of bison or whether they are seeing differences in gender or age in the bison remains. It’s the kind of puzzle that fascinates archaeologists, and students in the University of New Mexico Anthropology Department will hopefully have the opportunity to help put the pieces together. 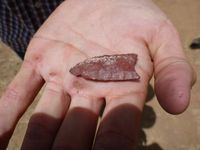 Last summer Dello-Russo conducted a field school for undergraduate archaeology students at the site. The students learned how to document and catalog what they excavated, and heard from visiting experts about a wide range of related topics, including the finer points of how to trace the stone in tools found at Water Canyon back to a prehistoric stone quarry from which it came. Dello-Russo is searching now for graduate students to take back to Water Canyon to learn more about those quarries.

Preserved prehistoric vegetation as an archeological treasure
Dello-Russo also found something at the Water Canyon site called a “black mat” – a buried, but intact layer of sediment with a high degree of organic matter that represents the remains of the prehistoric wetland. It includes decomposed plants, pollen, snails and other wetland related materials.

Over the centuries, the landscape became dryer and sediment slowly covered the former wetlands. The scope of the black mat wasn’t immediately obvious, but it is clear now that it covers hundreds of acres.

The black mat tells the story of the landscape and the climate that brought the bison to this spot. “Today this land is what’s called a juniper savannah. A very dry grassland. It gets about 8 inches of rain a year, maybe,” Dello-Russo said. “Back then they probably got triple that amount of moisture. There was probably standing water in some places, flowing in other places. The vegetation included things that we don’t have there today, such as versions of maple trees and birch, cherry. We used to think it was like a forest of actual trees, but we are beginning to think it was a more shrub-like environment.”

The first academic paper on the secrets of the black mat is scheduled to be published by Dello-Russo and his colleagues this spring by the New Mexico Geological Society.

The search for answers at Water Canyon will continue for years. There is endless opportunity for archeologists and students to learn about the elusive pre-historic hunters, the remains of their successful hunts, and the beautifully wrought stone spear points they left as part of the story of their effort to survive in the endless landscape of the American Southwest. 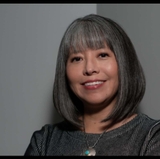