Understand ‘How Humans & Apes Are Different and Why It Matters’

Augustín Fuentes, professor and chairman of Anthropology at the University of Notre Dame will present his lecture “How Humans & Apes are Different and Why it Matters” at The University of New Mexico on Thursday, Feb. 23—as the featured speaker of the XLIV Journal of Anthropological Research (JAR) Distinguished Lecture series.

“Humans and the apes are all members of the group of primates called the Hominoidea. Evolutionarily we are a tight-knit group sharing much in common. This is not surprising, as much of evolution is about the continuities between closely related lines,” says Fuentes. 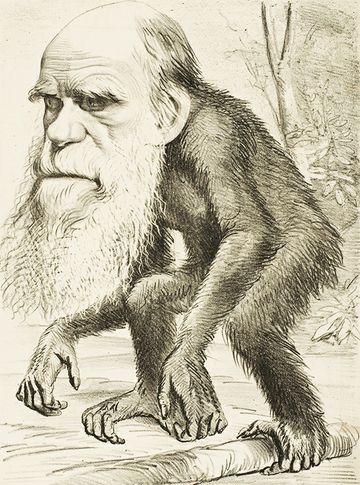 “However, evolution is also about discontinuities and it is these that make lineages distinctive. Humans are very distinctive. How our distinctions play out means a lot for us and for the other species around us. This lecture outlines the deep similarities, as well as the critical differences, between humans and other primates and offers a thoroughly anthropological and evolutionary explanation for why we should care.”

Fuentes, a specialist in the study of macaques—the most widespread primates except humans, has authored four books on the subject of Anthropology, including his most recent book “Race, Monogamy & Other Lies They Have Told You.”

Additionally, he has edited over a dozen collective volumes and special journal issues, is editor of Wiley’s “International Encyclopedia of Primatology,” and is the author and co-author of over 80 peer-reviewed journal articles. During his career, Fuentes has received 35 grants, including a recent John Templeton Foundation grant, worth nearly $2 million.

Fuentes will bring his lecture to UNM, speaking on the key differences between apes and humans, and what separates us from the other species around us. The lecture will take place Thursday, Feb. 23 at 7:30 p.m. in the UNM Anthropology Lecture Hall, room 163.

On Friday, Feb. 24 at noon, Fuentes will follow up his lecture with a specialized seminar, “Human Niche, Human Behavior, Human Nature” reviewing the current evolutionary approaches to “human nature” and the concept of the human niche. The seminar will be located on the second floor of the main Anthropology building on UNM’s main campus in room 248.

Both events are free and open to the public. For more information, subscribe to UNM’s “Journal of Anthropological Research” or call 505-277-4544.