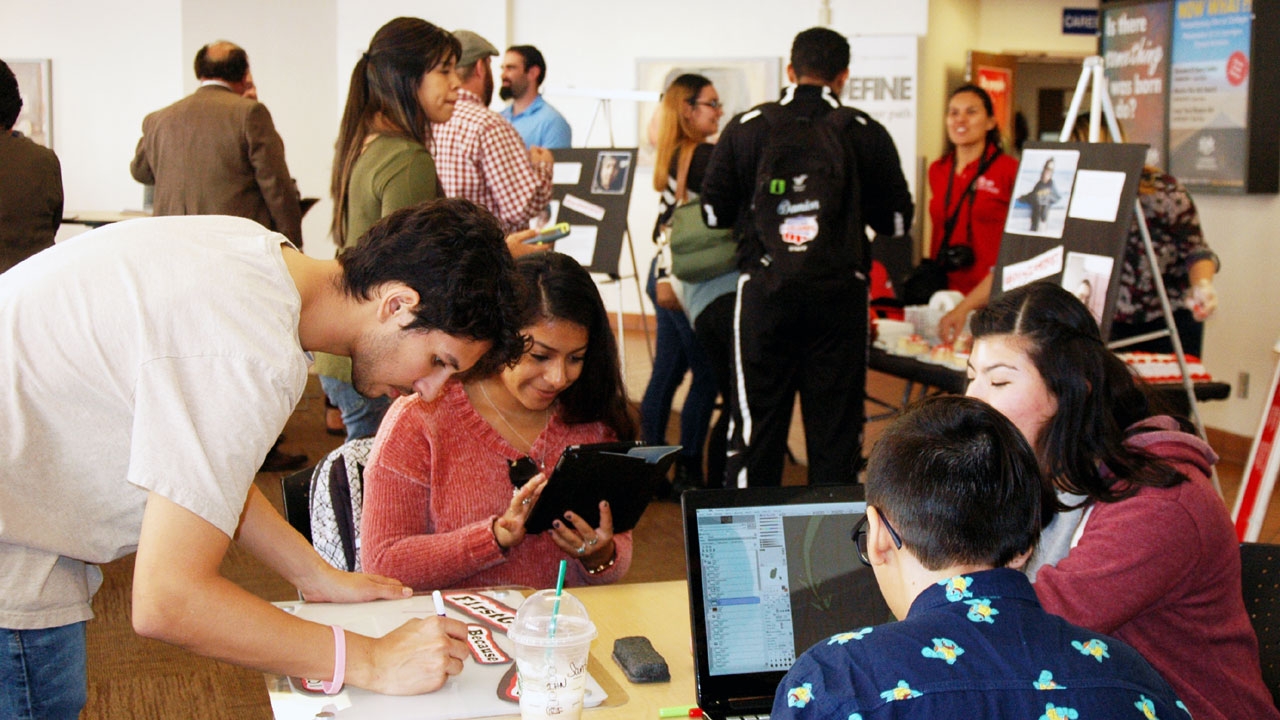 The University of New Mexico’s University Advisement recently participated in “First Generation Student Success,” an event designed to focus on celebrating the presence and experience of first-generation college students, faculty and staff on campus.

As part of the celebration of first generation students, the Council for Opportunity in Education and NASPA-Student Affairs Administrators in Higher Education brought together members of Congress, first-generation college students and graduates, advocates, and supporters to take part in the inaugural First-Generation College Celebration — on the 52nd Anniversary of the Higher Education Act of 1965.

College access and success programs across the nation participated in the event to celebrate the achievements and raise awareness regarding the continued struggle of first-generation college-students.

The concept of ‘first-generation’ students was introduced into federal policy by the TRIO community in 1980, during passage of the Higher Education Amendments to the Higher Education Act of 1965. Yet, even in 2017, campuses and communities are too often blind to the academic capabilities and gifts that lie dormant within so many first-generation students. TRIO educators continue to be called upon to highlight the return on investment our country receives from providing first-generation students with an opportunity to reach their full potential through college.

Laura Valdez, who was recently named director of UNM’s University Advisement, said she wants to “showcase research that’s been done on retention and graduation efforts for first-gen students” in the hopes that more first-generation recognition can be made.

Orlando Dominguez is one of those students Valdez talks about.

Dominguez, a senior major in nutrition and dietetics, was one of numerous students who attended UNM’s First Generation Student Success event. Dominguez said he wanted to gain an education because he saw the struggle his mom faced raising him and his brother on a low-income job.

“From that I learned, I wanted an education, I didn’t want the same struggles my mom had,” Dominguez said. “I felt that an education could empower me and I wouldn’t work day and night making very little money to barely survive.”

Dominguez said his biggest worry coming to college was learning how the system worked.

“I wasn’t really sure what to expect,” Dominguez said.

The goal of UNM’s Student Services Trio Program is to increase the college retention and graduation rates of program partici­pants. The SSS program draws upon a holistic framework where committed participants receive individualized support by ad­dressing their educational and personal needs.

“I’m employed under SSS right now, so they’re definitely helping in that way,” said Charles Lucero, sophomore psychology student. “There was also a lot of things I didn’t know about, like LOBO Trax or when fafsa registration opened. They were a major part of keeping me informed of everything.”

Erica Proudfoot, a first-generation freshman, said that the College Assistance Migrant Program (CAMP) has been most influential in her college experience.

“The camp program helped me financially and mentally,” Proudfoot said. “They give me a personal tutor each week and I get academic advisement as well, bi-weekly. They also require study hours which helps me stay on top of my grades.”

Valdez said that in the future they hope to continue to have events like the “First Generation Student Success” to encourage students and bring awareness to their efforts.