University Libraries Presents "The Taking and Return of Blue Lake to Taos Pueblo: A Tribal Perspective"

University Libraries' Indigenous Nations Library Program will present a brown bag lunch and talk by Taos tribal council member and former Taos Pueblo Governor Gilbert Suazo on Wednesday, Oct. 20.  Suazo will lead a discussion from 12 to 1 p.m. in The Gathering Place, room 226 of Zimmerman Library, and present a lecture from 3 to 5 p.m. in the Spirit/Trailblazer room of the Student Union Building.

Suazo, Sr. a graduate of Haskell Institute is a Taos Pueblo tribal member, former Governor, and a lifetime Tribal Council member. His career in the world of science and technology spanned over 40 years at the University of Kansas and at the Los Alamos National Laboratory (LANL) doing design, fabrication, and testing of experimental devices for electronics and particle physics experiments. During the last 8 years of his career at LANL he served as executive staff advisor for tribal relations and as Leader for the Laboratory's Tribal Relations Team.  Suazo retired from LANL in 2001. He continues to work for Taos Pueblo as a Water Resources Specialist where since 1992, by Tribal Council appointment, he serves as co-spokesman for Taos Pueblo's Water Rights adjudication and settlement negotiations. He testified in 2008 before the U.S. Senate Indian Affairs Committee for the Pueblo's water settlement legislation.

Suazo actively supported the tribe's efforts for the return of the sacred Blue Lake to Taos Pueblo and as a young man founded a group, the Youth of Taos Pueblo with support from other young community members to demonstrate the strong interest of the younger generation in the Pueblo's effort, and to mobilize active community support. Suazo gave testimony, as a representative of the younger generation, in Senate Indian Affairs Committee's Blue Lake Hearings in 1970 and participated in the historic July 8, 1970 White House meeting when President Richard Nixon pledged his support for returning Blue Lake to Taos Pueblo and announced his national Indian policy.

In the years after the return of Blue Lake, Suazo helped negotiate Taos Pueblo's land Claim Settlement in 1984 and served as Chair of the Land Claims Settlement Committee that wrote two settlement funds usage plans. Suazo has served in various tribal official capacities including as Lt. Governor in 2000 and as Governor in 2007. He continues to be active in community activities in educational, cultural, and land use matters and for protection of tribal lands, airspace, and water rights. Suazo appeared in "Surviving Columbus" an award-winning documentary about Pueblo Indian survival and cultural protection,  in "Unseen Spirits" a video documentary about air quality protection, and was featured in "Visions and Life Journeys-Contemporary Indian People of New Mexico," a 1992 publication by the New Mexico Indian Education Association.

Suazo helped organize the first Blue Lake Victory celebration in 1971 and the 20th Commemoration in 1991. He served as program chair for the 40th commemoration celebration and was selected as the featured speaker to provide the Pueblo's perspective about the history and significance of the long struggle for the return of Blue Lake to Taos Pueblo and the great victory of its return in 1970.

For more information contact Mary Alice Tsosie at mtsosie@unm.edu or 277-8922. 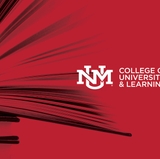 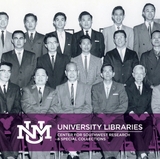