The National Academy of Inventors (NAI) announced today that it has chosen a cohort of inventors from around the world for election as 2015 NAI Fellows. UNM Distinguished Professors Steven R. J. Brueck and C. Jeffrey Brinker were among 168 distinguished innovators elevated to NAI Fellow status.

Election and induction into NAI Fellow Program is considered a high professional distinction among academic inventors who have demonstrated a highly prolific spirit of innovation in creating or facilitating outstanding inventions that have made a tangible impact on quality of life, economic development, and the welfare of society.

Brueck is a Distinguished Professor & Professor Emeritus in the Departments of Electrical & Computer Engineering and Physics & Astronomy and the former director of the UNM Center for High Technology Materials. Brinker is a Distinguished Professor in the Department of Chemical & Biological Engineering, a member of the UNM Cancer Center, and a Sandia Fellow at Sandia National Laboratories.

Brueck and Brinker were nominated by the STC.UNM Board of Directors for this national honor. “Dr. Brueck and Dr. Brinker have received the STC 2010 and 2015 Innovation Fellow Award, respectively, as top innovators at UNM for achievements in developing many new technologies and receiving a large number of patents that have generated significant commercialization activities from licenses and the formation of new companies," stated STC Board Chair Sandra Begay-Campbell. "The social and economic impact of Dr. Brueck and Dr. Brinker’s technologies in the marketplace reach far beyond New Mexico. The Board felt their accomplishments as innovators were worthy of membership as NAI Fellows,”

“Dr. Brueck and Dr. Brinker are not only prolific inventors but pioneers in their fields of research," STC CEO Lisa Kuuttila added. "Both have dedicated their research careers to creating innovations and fostering innovation among colleagues and students. They are extremely deserving of this honor. We work with many outstanding inventors at UNM whom we hope will join their ranks in future years.”

Brueck’s research in nanotechnologies spans the fields of semiconductors, biotechnology, lighting, and materials science. His principal research focus has been on the process of nanolithography, creating patterns that approach molecular scales. He is a pre-eminent expert in the extension of optical lithography, still the only technology used by the semiconductor industry.  His lithographic technologies are able to pattern smaller and smaller features on silicon wafers, leading to faster, smaller, lighter and more mobile applications.

In 2006, he and his team created the then smallest pattern on record at 25 nanometers (1 nanometer is 1 billionth of a meter). At the time, the electronics industry manufactured at the 90 nanometer level. Brueck is currently working on extending optical lithography to the 15-nanometer, half-pitch industry node and beyond using various nonlinear frequency multiplication schemes. This process has led to the development of several generations of semiconductor chips. 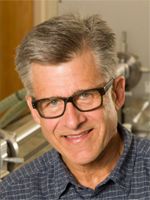 Internationally known for his work in advanced materials, Brinker has pioneered sol-gel processing, a method for making inorganic materials molecule by molecule. Over the past two decades his research team has developed self-assembly (wherein molecules spontaneously organize into nanostructures) as a robust and efficient means to create porous and composite thin film and particulate nanostructures with optimized properties and/or complex functionalities.

Brinker is able to translate the properties of nature into new materials that are technology innovations. His inventions are engineering feats that combine advanced materials science and biology to produce innovative membranes, sensors, thin films, and nanoparticles that are having a far-reaching and disruptive impact on cancer treatment, environmental remediation and protection and low-cost, green materials for industrial processes.

Both inventors will be inducted as NAI Fellows on April 15, 2016, as part of the NAI Fifth Annual Conference at the U.S. Patent and Trademark Office (USPTO) in Alexandria, Va.  USPTO Commissioner for Patents Andrew Hirshfeld will provide the keynote address for the induction ceremony.  Fellows will be presented with a special trophy, medal, and rosette pin in honor of their outstanding accomplishments.