Two Distinguished Professors from The University of New Mexico, Plamen Atanassov and Dr. Cheryl Willman, were among a cohort of 155 inventors from around the world elected as 2017 National Academy of Inventors Fellows.

Atanassov and Willman, who were nominated by the STC.UNM Board of Directors, now join a select group of more than 900 inventors representing over 250 countries worldwide who have been elected as NAI Fellows.

“The STC Board believed that these distinguished faculty inventors’ accomplishments made them outstanding candidates for selection as 2017 NAI Fellows and nominated them,” said STC.UNM Board Chair Sandra Begay. “We are absolutely delighted that they have been chosen.”

“Dr. Willman and Dr. Atanassov are outstanding examples of how individual innovators can be institutional innovators as well,” said STC.UNM CEO Lisa Kuuttila. “Both have had a tremendous impact on fostering a culture of innovation at the UNM Comprehensive Cancer Center and The University of New Mexico that is felt on local, national, and international levels.  The social and technological impact of new cancer drugs for leukemia and fuel cells that reduce greenhouse gas emissions on a global scale are why these two gifted inventors are so deserving of this national honor.” 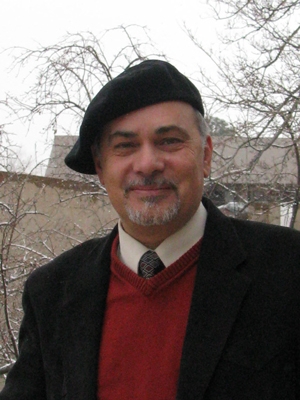 Atanassov, a Distinguished Professor of Chemical and Biological Engineering and Director of the UNM Center for Micro-Engineered Materials, dedicates a good part of his research to designing catalysts for fuel cells; primary among those is designing non-platinum group (PGM) electrocatalysts.

Catalysts are important in many industrial processes, but concerns over greenhouse gases and oil consumption have focused energy research today on alternative fuel sources. A fuel cell is a device that changes the fuel’s chemical energy into electricity by chemically reacting with oxygen or another oxidizing agent. Through this process, fuel cells are able to produce clean electricity.

The catalyst helps the fuel to oxidize so fuel-cell efficiency is determined by how well the catalyst performs. The catalysts of choice for fuel cells are platinum group metals because they are durable and highly active in reducing oxygen reactions. However, platinum is scarce, making it very expensive and an obstacle to widespread commercialization of fuel cells. As much as 40 percent of the cost of fuel cell stacks is the platinum-based catalyst.

Atanassov responded to this problem by creating a platinum-free catalyst for hydrogen fuel cells composed of inexpensive, earth-abundant metals, such as iron, that fully replaces the rare and expensive platinum.  It is especially applicable for the automotive market where fuel cells will play a major role in reducing greenhouse gases.

His most notable achievements over the last few years have been the development of the catalysts materials for the first platinum group metal-free (PGM-free) fuel cell vehicle (FCV) in collaboration with Daihatsu Motor Co., a Toyota company, which was introduced at the 2013 Tokyo Motor Show. 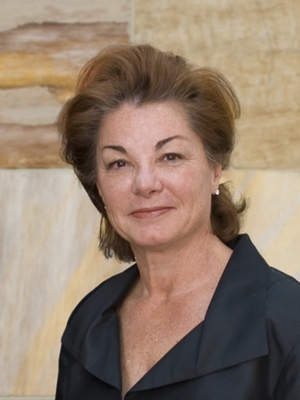 Willman, a Distinguished Professor of Pathology and Director & CEO of the UNM Comprehensive Cancer Center, studies the genetic make-up of leukemia, and uses the tools of genomics to understand and discover underlying mutations in leukemia cells. Willman and her team look at gene expression patterns and underlying genetic events to identify groups of patients with targetable characteristics. By taking advantage of the specific features of these expression groups, it is possible to develop focused therapies to treat these patients with maximum efficacy and minimal side effects.

High-risk acute lymphoblastic leukemia (ALL) patients have high treatment failure and death rates.  Hispanic and Native American children with the disease have even worse survival rates (30-50 percent). Accurately diagnosing these patients who are high-risk for relapse and treating them with targeted therapies may greatly enhance their outcomes.

Willman and her team began a field of research to apply next generation, deep sequencing and genomic technologies to the problem.  They discovered a novel form of ALL termed Philadelphia-Like (Ph-like) ALL among 22-30 percent of all high-risk ALL patients and developed an FDA-approved genomic diagnostic for treatment with tyrosine kinase inhibitors.  They also discovered that Hispanic and Native American children represent a subgroup within Ph-like ALL patients that have different leukemia-causing mutations. The work, published in Nature Genetics, was the first to report a specific spectrum of mutations associated with genetic ancestry in leukemia.

Election to NAI Fellow status is a high professional distinction accorded to academic inventors who have demonstrated a prolific spirit of innovation in creating or facilitating outstanding inventions that have made a tangible impact on quality of life, economic development, and the welfare of society.

Included among all NAI Fellows are more than 100 presidents and senior leaders of research universities and non-profit research institutes; 439 members of the National Academy of Sciences, Engineering, and Medicine; 36 inductees of the National Inventors Hall of Fame; 52 recipients of the U.S. National Medal of Technology and Innovation and U.S. National Medal of Science; 29 Nobel Laureates; 261 AAAS Fellows; 168 IEEE Fellows; and 142 Fellows of the American Academy of Arts & Sciences, among other awards and distinctions.

The 2017 Fellows will be inducted on April 5, 2018, as part of the Seventh Annual Conference of the National Academy of Inventors in Washington, D.C. at the Mayflower Hotel. Commissioner for Patents, Andrew H. Hirshfeld, will provide the keynote address for the induction ceremony. In honor of their outstanding accomplishments, Fellows will be presented with a special trophy, medal, and rosette pin.

The 2017 NAI Fellows will be recognized with a full-page announcement in The Chronicle of Higher Education Jan. 19, 2018 issue.

See also the NAI press release and list of 2017 Fellows.