University of New Mexico President Garnett Stokes has named Loretta Martinez as chief legal counsel. This is Stokes’ first permanent leadership appointment since she took office in March of this year.

“Ms. Martinez brings a proven record of leadership, legal expertise and passion for higher education to the position,” UNM President Garnett Stokes said. “The more I discussed our institutional goals and challenges with her, the more confident I became that she is the right person to lead the Office of Chief Legal Counsel.” 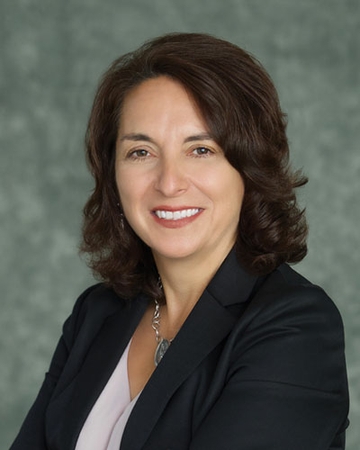 “I am truly thrilled to be joining UNM’s leadership team and to add my efforts as the university charts new paths to better serve its students, the state of New Mexico and the region,” said Martinez. “The opportunity to serve UNM has been on my radar for many years because of its amazing mission and deep footprint in New Mexico as well as its diverse student body and the special communities it serves.

Martinez will begin on Oct. 1, 2018, and comes to UNM having served the majority of her 26-year career in higher education at a number of institutions in Colorado and on the East Coast including Colorado State University, Metropolitan State University, Colorado College, University of Colorado and Harvard University, where she began her career as an associate attorney in the Office of General Counsel.

“Though I am a Colorado native, my roots are in southern Colorado and northern New Mexico, and I have spent my entire life going back and forth between Colorado and New Mexico,” said Martinez. “Both my family and I are looking forward to settling in Albuquerque and becoming a part of the UNM community.”

Martinez has served at CUNY as the general counsel and vice chancellor for Legal Affairs for the 24-campus system, which serves more than 275,000 undergraduate, graduate and professional school students in New York City. She oversees an in-house legal staff of 28 with an annual $4.3 million budget. Martinez also serves as an advisor to the Board of Trustees, chancellor, senior and community college presidents, professional school deans and vice chancellors on all legal matters affecting the system.

In the private sector, Martinez was a partner in the Colorado office of the firm of Garcia Calderon Ruiz, LLP, where she specialized in public and private P-20 education law. She was also an associate attorney for the firm of Gorsuch, Kirgis, LLP in Denver, serving as outside general counsel to elected officials, Colorado cities and towns, as well as other governmental and private entities on a broad range of public law topics.

Martinez has been involved with numerous boards throughout her professional career and was elected to the board of the National Association of College and University Attorneys (NACUA) earlier this year. Additionally, she serves on the Latin American Education Foundation (LAEF) Board of Directors as a member and former board president, and as a board member of the Mexican American Legal Defense and Education Fund (MALDEF). She has also served on the AGB Professional Development Committee, the United Educators National Legal Advisors Group, and as chair of the Colorado Educational and Cultural Facilities Authority (CECFA).

“Loretta is joining the UNM leadership team at an exciting time when many important and complex issues face higher education,” said Stokes. “This is a critical position for the University, and we will benefit greatly from having a chief legal counsel of her caliber and ability.”

Martinez earned her juris doctorate at Harvard Law School (1991) and her Bachelor of Arts in political science from Yale University (1988). She was also the class valedictorian at Pueblo County High School in Pueblo, Colo.