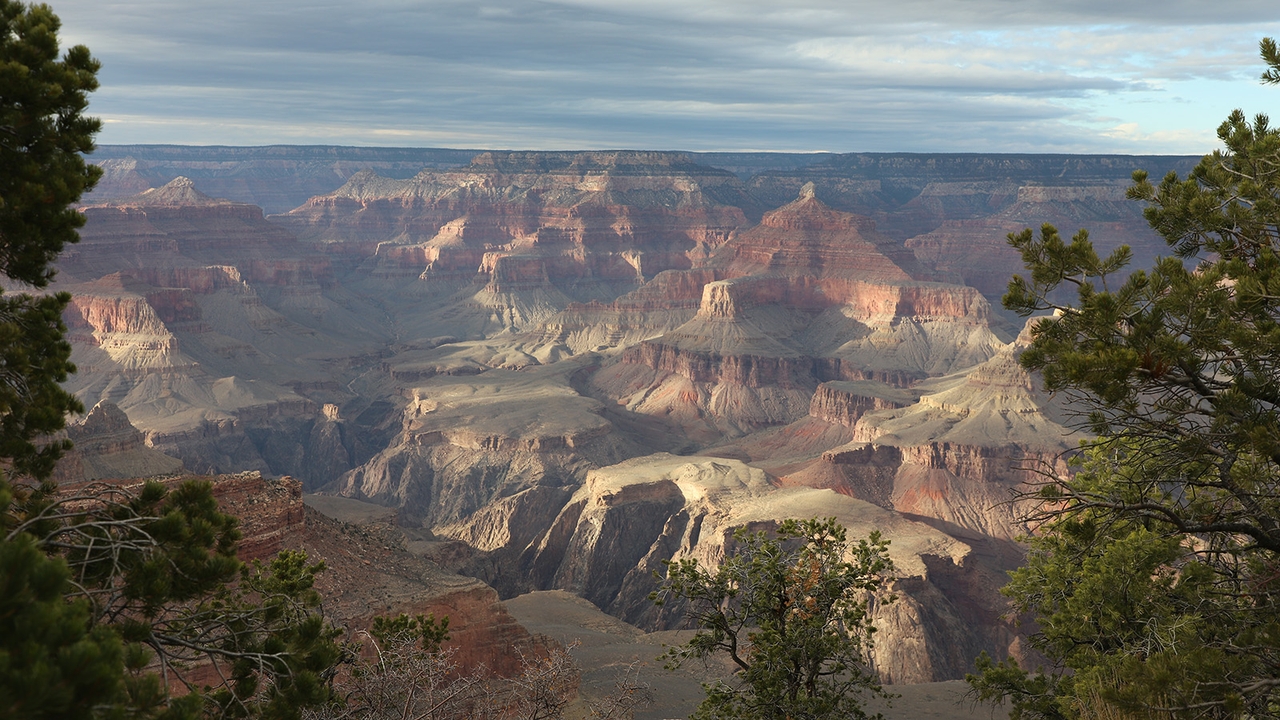 On a recent 11-day raft trip through the Grand Canyon, geologists gathered evidence in hope that it would allow them to peer billions of years into the past. Using a relatively new technique, they were able to estimate the age of a mysterious section of the national landmark.

The Great Unconformity of the Grand Canyon occurs where sedimentary rock layers rest on basement rocks that are as much as 1.3-billion-years older. Researchers have long asked: What happened during the long period of time in between? Olivia Thurston, a former graduate student at UIUC who now works as a post-doctoral researcher at Indiana University, led the research project. She said this gap in the rock record has been the source of debate for many years.

Now, with the team’s research results published in the journal Geology, geologists are closer to understanding what happened millions of years ago in what’s now the eastern Grand Canyon. https://pubs.geoscienceworld.org/gsa/geology/article/doi/10.1130/G48699.1/609355/Zircon-U-Th-He-thermochronology-of-Grand-Canyon

“I was aware that they had tried different techniques to date erosion surfaces in Grand Canyon before,” Thurston said. “When (University of New Mexico professor) Dr. Karl Karlstrom came to visit, he showed us his work, and I said, ‘Why haven't we used zircon-helium yet? We're debating about these ages of erosion, but we haven't used all the techniques available.’”

Karlstrom, a professor at The University of New Mexico and co-author on the paper, has been a key figure in research in the Grand Canyon for several decades. He also led the trip through the Grand Canyon, where Thurston and 25 other scientists gathered to study the canyon, each with their own research in mind.

Thurston went to the Grand Canyon to test the reach of zircon-helium thermochronology, a technique that measures when a mineral cools as erosion brings its closer to the surface. The technique looks at the ratio of helium to uranium inside the mineral zircon to determine its cooling history. Zircon is a mineral commonly found in microscopic form throughout the canyon, Thurston said. She was made aware of the technique by her former graduate advisor, William Guenthner, a professor of geology at the University of Illinois and another co-author on the paper. Guenthner has spearheaded efforts to expand the potential of the technique for deep geologic time.

“This promising new ZHe thermochronology technique that Dr. Guenther helped pioneer is being tested in Grand Canyon because of the wealth of prior studies by UNM researchers and others,” said Karlstrom. “It supports the ‘young ( < 6 million) and multi-stage canyon carving’ hypothesis that we have been advocating for the last decade. At the opposite end of the geologic timescale (1.2 billion), it supports the model that John Wesley Powell's Great Unconformity is a composite erosion surface formed by several pulses of uplift.”

“You measure the uranium and you measure the helium [inside the zircon] and that gives you a date because you know how fast the uranium decays to helium,” Guenthner said, “What Olivia has demonstrated is that this particular technique can describe both a really old event-- erosion to create the Great Unconformity 1.2 billion years ago—and a relatively young event -- the actual carving of the canyon itself in the past 6 million years.”

The process is far from simple. Despite being crucial to the research, uranium complicates the calculations. One reason zircon is used is for its resistance to physical and chemical weathering, but its crystalline structure is damaged by the radiation emitted from uranium. This radiation damage affects how helium moves around within the crystal.

“If the crystal is hot enough, helium can actively diffuse out of the crystal because it’s not actually part of the crystalline structure,” Thurston said, “Once we get low temperatures, about 200 degrees Celsius, we start to retain the helium. And that's when the clock starts—and we can use the uranium/helium (parent/daughter) ratio to calculate the time in the past when it cooled through this temperature.”

When the zircon is deposited farther below the earth’s surface, where temperatures are higher, helium is released quickly, Thurston said. As the minerals begin the process of exhumation, being lifted to the surface, they cool and the helium is trapped. By looking at how much helium is retained within the zircon’s crystalline structure, Thurston and her team can determine when the cooling process began and when the rock reached the surface where it remains to this day.

“In terms of better understanding the sensitivity of this new method for reconstructing past, now-eroded, landscapes, it is remarkable that these zircon grains have a "memory" of their earliest and latest cooling episodes, but less memory of the intervening billion years,” said Karlstrom. “What ties these findings together is that great erosion surfaces that are forming today in the Colorado Plateau and that also beveled the North American continent in the distant past to a flat-lying near sea level continent like Australia is today—take place in pulses of continental uplift driven by the ups and downs caused by distant plate tectonic events.”

According to Thurston’s research, the main exhumation and erosion of the Great Unconformity in the eastern Grand Canyon took place around 1.25-1.35 billion years ago. This timeframe predates the break-up of the supercontinent Rodinia (550-800 million years ago), an event that some theorized created the unconformity.

However, their findings point to the Great Unconformity being “broadly related to” the assembly of Rodinia, which occurred approximately 900 million to 1.3 billion years ago. Still “a broader deep-time thermochronologic transect across Laurentia is needed to fully understand the multiple mechanisms” that created the Great Unconformity, according to Thurston.

“I think what's exciting for the general public about this study, is to think about how unimportant we are in geologic time,” Thurston said. “Rocks in Grand Canyon extend back 1.8 billion years and the Earth herself is 4.5 billion years old. That's a very powerful and humbling perspective to have as we think about the importance or the longevity of humans relative to the Earth.”

“The Great Unconformity and how it formed are hot topics and these findings help us understand that the Cambrian explosion of hard bodied animal life (the trilobites) and advance of oceans (called transgression) across North America about 500 million years ago followed an earlier beveling episode about 1.2 billion years ago. Together, these events re-tooled and shaped this famous composite erosion surface,” added Karlstrom.