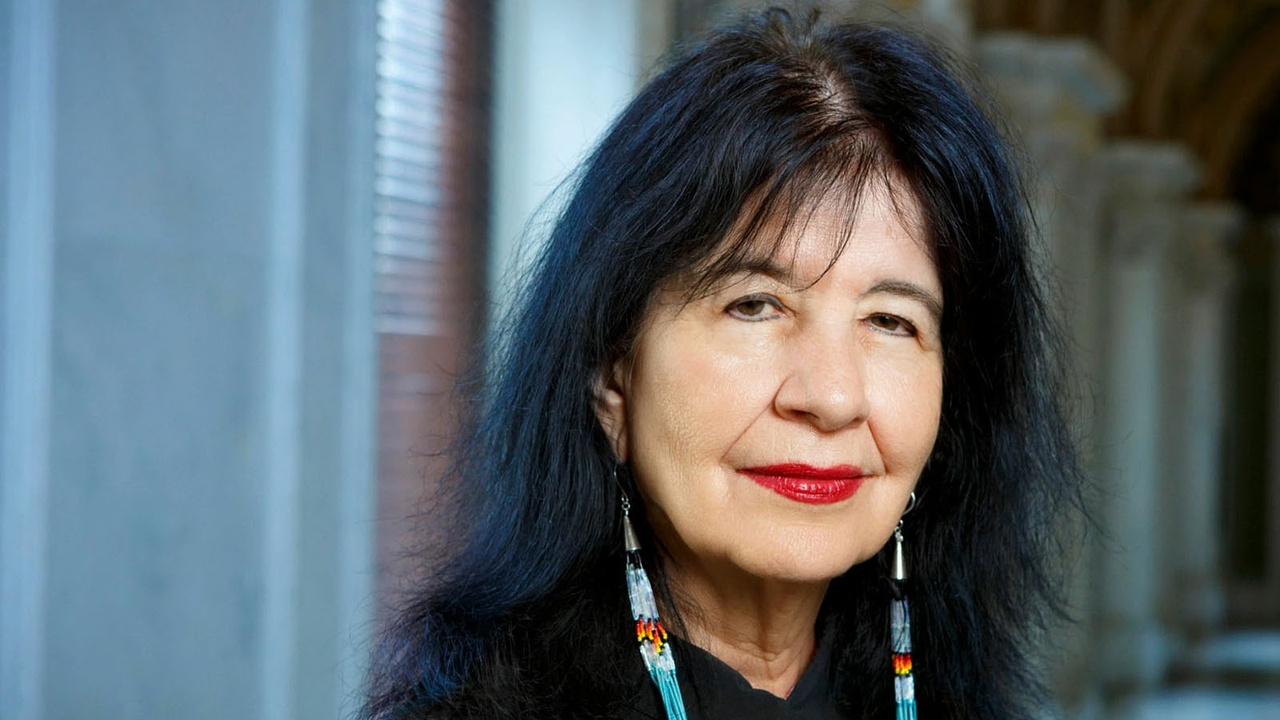 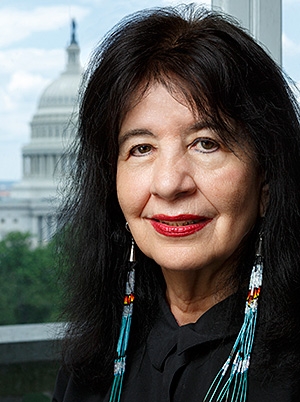 “It’s not just me carrying this title, it has to do with my family, my people, this country – all the poets and people,” Harjo said in a video released by the Library of Congress. “Poetry belongs to everyone.”

Harjo, a member of the Muscogee Creek Nation, is the 23rd Poet Laureate. She graduated from The University of New Mexico in 1976 with a bachelor’s degree in creative writing and later joined the faculty of the English Department for several years in the early 90s.

“Joy Harjo has championed the art of poetry – ‘soul talk’ as she calls it – for over four decades,” Librarian of Congress Carla Hayden said. “To her, poems are ‘carriers of dreams, knowledge and wisdom,’ and through them she tells an American story of tradition and loss, reckoning and myth-making. Her work powerfully connects us to the earth and the spiritual world with direct, inventive lyricism that helps us reimagine who we are.”

She is a co-founder with tribal members Kenneth Johnson and Sandy Wilson of the Mvskoke Arts Association. She holds the John C. Hodges Chair of Excellence at the University of Tennessee in Knoxville. In 2018 she was recognized as UNM Alumni Association Winter Award honoree, and was given the James F. Zimmerman Award.

The Poet Laureate Consultant in Poetry is a position within the Library of Congress Poetry and Literature Center and has existed since 1937.

In her new position, Harjo will be charged with raising national awareness of poetry and increasing appreciation of the art through the reading and writing. In addition, she will open the literary season in the fall and close it in the spring.