The 2016 Winter Award recipients will be honored at the UNM Alumni Association’s Winter Award Dinner on Thursday, Feb. 11, 2016 at Hotel Albuquerque. Reception begins at 5:45 p.m. with dinner at 6:30 p.m. The public is invited to attend. Reservations are required. Tickets cost $40 per person. RSVP and purchase tickets online by visiting Winter Awards or by calling the Alumni Relations Office at (505) 277-5808. The deadline to RSVP is Friday, Feb. 5, 2016. 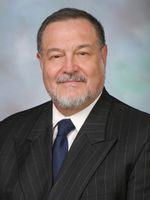 James F. Zimmerman Award – Henry Rivera (’68 BA ’73 JD)
Rivera, a New Mexico native, is a partner in the Washington, D.C., firm of Wiley Rein, LLP. He is an internationally recognized communications expert, author, speaker and conference leader. Rivera was nominated by President Ronald Reagan to the position of Commissioner of the Federal Communications Commission, and confirmed by the United States Senate. Rivera headed an Agency Review Team for the Obama-Biden Presidential Transition Team and served as a member of a Federal Advisory Committee on International Communications and Information Policy for the U.S. Department of State. He was president of the Federal Communications Bar Association (FCBA), president of the Young Lawyers Division of the NM State Bar Association (YLD), and president-elect of the Albuquerque Bar Association. Rivera has been inducted into the Minority Media and Telecommunications Council’s Hall of Fame. Rivera is a Vietnam Veteran and recipient of the Bronze Star. Currently, he serves on the Boards of the UNM Alumni Association, El Rancho De Las Golondrinas and the Multicultural Media and Telecommunications Council. 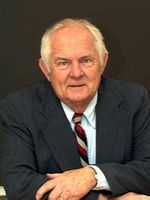 Bernard S. Rodey Award – Fred Hart, Professor, UNM School of Law
Hart contributes expertise in contracts and commercial law to the UNM law faculty, but he is best known throughout the law school community for his role in shaping the school during his 37 years on the faculty, which included two terms as dean. Shortly after arriving at the law school, he was asked to start up a pre-law summer program aimed at increasing the enrollment of Native American law students. The Pre-law Summer Institute has become the most successful program of its kind in the country. As dean, from 1971-1979 and 1985-1986, he worked to bring in a more diverse student body and to increase the number of women law students. Hart has taught Commercial Law, Contracts, Property, Legal Reasoning, Research and Writing and Consumer Law. Prior to joining the UNM law faculty, he taught at Boston College Law School, New York University School of Law and the Albany Law School of Union University. Hart also has taught as a visitor at Hofstra University Law School, the University of California at Davis Law School and Saint John's University Law School. 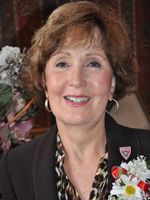 Erna S. Fergusson Award – Judy Zanotti (BSEd ‘61 MA ‘73)
Zanotti is a native New Mexican born in Gallup. She grew up in Albuquerque and graduated from Highland High School before attending the University of New Mexico. Zanotti earned two degrees from UNM including a Bachelor’s of Science in Business, and a Master’s of Arts in Special Education. She has served as president of the Alumni Association twice in 1988-89 and 2008-09. Zanotti was the founding executive director of the Albuquerque Association for Children with Learning Disabilities, the executive director of the State Bar of New Mexico, a senior vice president at Public Service Company of New Mexico and the president/executive director of New Mexico First. She currently serves as a trustee on the UNM Foundation Board, on the leadership team of the Albuquerque Chapter of World Vision’s Women of Vision, is a member of the International Women’s Forum and the UNM College of Education Friends Board. Zanotti received the New Mexico Ethics in Business Award in 2005 and the YWCA New Mexican of Vision Award in 2005. Zanotti was also inducted in the UNM Anderson School of Management’s Hall of Fame in 1998. 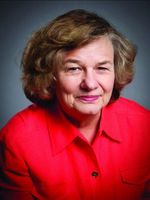 Faculty Teaching Award – Ursula Shepherd, Associate Dean, UNM Honors College (Ph.D. ’94)
Shepherd joined the faculty of the UNM Honors Program in 1998 where she focused on undergraduate teaching and acted as director of the Biodiversity of Australia undergraduate research program.  She was awarded the UNM Presidential Teaching Fellow from 2009 – 2011. In 2011, she was named the CASE/Carnegie U.S. Professor of the Year, and when the Honors Program became a college in the fall of 2013, she was named its associate dean. Shepherd said the Honors College is a very special gem in UNM’s crown, and one which offers world-class academic opportunities to undergraduate students from all majors and fields of interest. Shepherd received her Master’s Degree in Social Sciences and Communication Arts from the University of the Pacific. She worked as a personnel manager in Silicon Valley for several years before returning to school to pursue a Ph.D. in Ecology and Biogeography. Shepherd’s research interests include biological diversity at various scales and across several taxa. She has worked in marine ecosystems studying marine invertebrates such as corals and the microbial partners that provide their energy systems. Her work has important applications for marine conservation and maintaining coral reefs worldwide.