The University of New Mexico Alumni Association has announced the recipients of its 2020 Winter Awards.

“We are proud to honor this year’s Winter Award recipients for their outstanding accomplishments, achievements, distinguished service and inspiring leadership,” said Connie Beimer, interim vice president of Alumni Relations. “The 2020 Winter Award recipients have and continue to shine a light on UNM through the hard work and positive impacts they have made on their communities. We are very proud of our alumni award recipients for their dedication to the Alumni Association, the University and the community.” 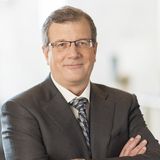 Bennett is the chief scientific officer and founding member of Ionis Pharmaceuticals. He is responsible for the advancement of antisense technology and expanding Ionis’s drug discovery platform. Bennett is also the franchise leader for neurological programs at Ionis. He has been involved in the development of antisense oligonucleotides as therapeutic agents, including research on the application of oligonucleotides for inflammatory, neurodegenerative diseases and cancer, oligonucleotide delivery, pharmacokinetics and medicinal chemistry.

Bennett is a co-recipient of the 2019 Breakthrough Prize in Life Sciences for his contributions to the discovery and development of Spinraza (nusinersen) and the 2018 Hereditary Disease Foundation's Leslie Gehry Brenner Prize for Innovation in Science for his leadership and continued commitment to developing antisense therapies for Huntington's disease.

Bennett has published more than 230 papers in the field of antisense research and development, and he is an inventor on more than 175 issued patents. Prior to joining Ionis, Bennett was associate senior investigator in the Department of Molecular Pharmacology at SmithKline and French Laboratories (currently, GlaxoSmithKline).

He received his Ph.D. in Pharmacology from Baylor College of Medicine, and his bachelor’s degree in Pharmacy from the University of New Mexico. He performed his postdoctoral research in the Department of Molecular Pharmacology at SmithKline and French Laboratories.

Bennett serves on the Advisory Board for the Hereditary Disease Foundation. 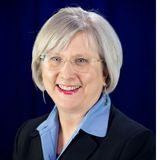 Winograd was named the first female president of Central New Mexico Community College in February 2007. She retired in 2020 as the longest serving president of the college.

Winograd started at CNM in 1996 and was vice president for planning and budget prior to being named president. Her almost 45 years in higher education also included previous positions at the University of New Mexico, the University of Louisville and the Kentucky Council on Higher Education.

Winograd served on several community boards, including serving as co-chair of Mission: Graduate. She was an Ascend Fellow of the Aspen Institute, served as chair of the board of Presbyterian Healthcare Services and was a member of the Federal Reserve Bank of Kansas City's Denver Branch. 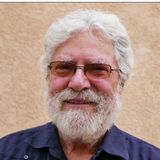 In 2019, he was awarded the Premio Nacional Enrique Anderson Imbert de la Academia Norteamericana de la Lengua Española in recognition of his advocacy for the Spanish language and traditions of Nuevo México. In 2019, he also received the John D. Robb Award for Excellence in Music of the Southwest in recognition of his dedication to music education and scholarship. Lamadrid was awarded the prestigious Chicago Folklore Prize for his 2003 ethnography Hermanitos Comanchitos: Indo-Hispano Rituals of Captivity and Redemption and the American Folklore Society's Américo Paredes Prize for his cultural activism and curatorial projects. He worked on exhibits with the Museum of New Mexico and Smithsonian, and is a longtime collaborator and fellow of the Smithsonian Folklife Festival.

Lamadrid is an acequia activist and commissioner from the Alamos de los Gallegos Acequia in Albuquerque's north valley. He is on a team preparing documentation for a UNESCO nomination of the acequia tradition (traditional water management) in New Mexico and Colorado for world intangible cultural heritage designation. He was also a member of the curatorial team of the Smithsonian Folklife Festival "El Río" program on bio-regionalism and traditional culture in the Río Grande/Bravo basin. 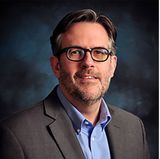 During and after law school, Bach worked for K. Lee Peifer (’77 JD), litigating in civil rights, union-side labor law and employee-side employment law. In 2005, Bach became the first staff attorney at the American Civil Liberties Union of New Mexico, where he litigated a wide variety of civil rights cases in state and federal courts. In 2009, he teamed up with Matthew L. Garcia (’05 JD) and formed the firm of Bach & Garcia. He also worked as an attorney at Garcia Ives Nowara.

A former president of the New Mexico Lesbian and Gay Lawyers Association, Bach was honored with a Santa Fe Human Rights Alliance Treasure Award in 2007 for his work in the LGBT community. In 2009, U.S. Rep. Martin Heinrich nominated him to the New Mexico State Advisory Committee to the U.S. Commission on Civil Rights. Bach serves as a volunteer member of the American Civil Liberties Union of New Mexico's legal panel and on the board of directors for Enlace Comunitario.

Seating at the event is limited; reservations are required. RSVP online by visiting UNMAlumni.com/Winter2020 or by calling the Alumni Relations Office at 505-277-5808. The deadline to RSVP is Monday, Feb. 17.