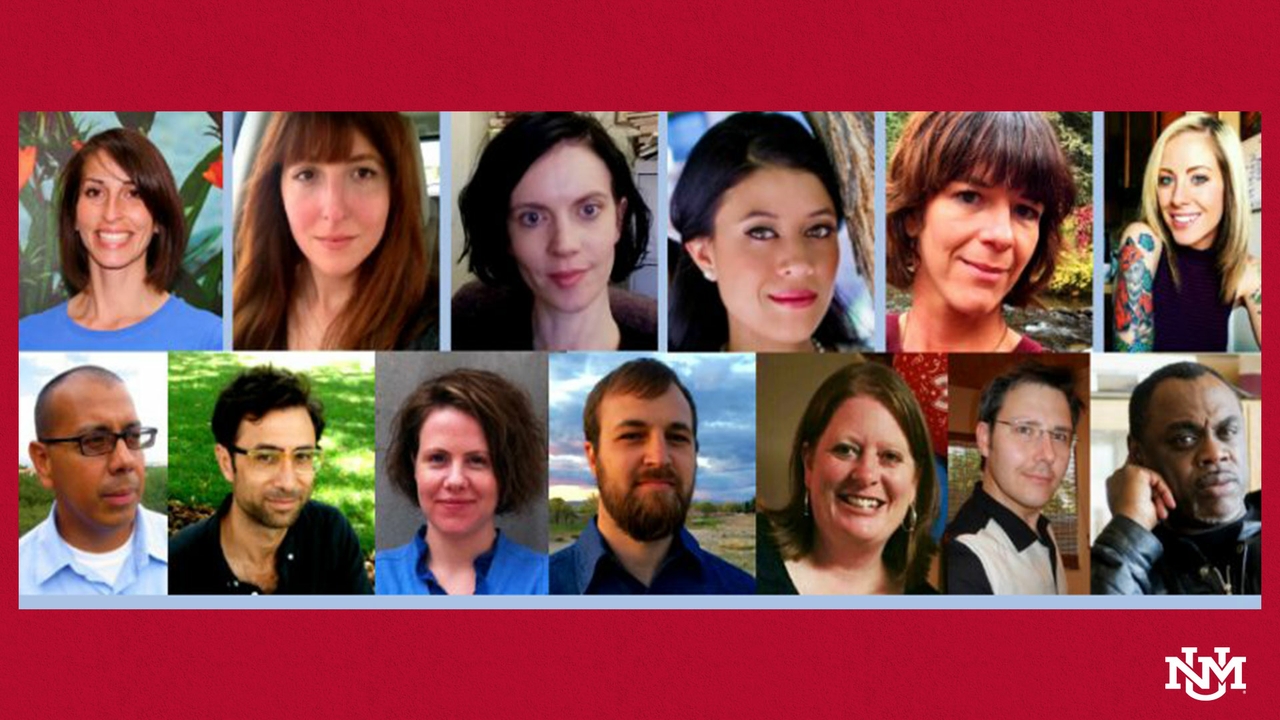 The faculty and doctoral students in the Department of American Literary Studies at the University of New Mexico are riding a wave of publications, with books and articles either recently published or immediately expected on the horizon.

The list includes eight assistant / associate professors and five doctoral students. Following is a list of their publications highlighting the areas of expertise within ALS and the group’s unique balance of literary tradition and cultural innovation.

Jesús Costantino, assistant professor and the newest addition to ALS, recently published two articles: “Harlem in Furs: Race and Fashion in the Photography of Gordon Parks” and “The Squared City: Prizefighting, Tenement Reform, and Spatial Physiognomy at the Turn of the Century.”

Bernadine Hernández, assistant professor, placed her article, “Dying to Be Beautiful: (Re) Membering the Women of Júarez and the Commodification of Death” in the Spring 2018 issue of Women’s Studies Quarterly.

Scarlett Higgins, assistant professor, announces the Spring 2018 release of her book, “Collage and Literature: The Persistence of Vision,” via Routledge Press.

Matthew Hofer, associate professor and current ALS director, expects to see his substantive chapter, “From Imagism to Vorticism and BLAST: ‘In a Station of the Metro’ and other Early Poetry and Prose,” in the MLA’s forthcoming book Approaches to Teaching Ezra Pound’s Poetry and Prose.

Melina Vizcaíno-Alemán, who recently earned tenure and was promoted to associate professor and was granted a year’s sabbatical, announced the publication of her book, “Gender and Place in Chicana/o Literature: Critical Regionalism and the Mexican American Southwest via Palgrave Macmillan’s Literatures of the Americas Series.”

Jana Koehler, a Ph.D. student who recently passed her prospectus defense, published “Epistolary Politics: A Recovered Letter from Frances E. W. Harper to William Still” in the American Literary Realism special issue on “Matters of Race in the Age of Realism.”

Laurie Lowrance, a Ph.D. student, expects to see her article “Resistance to Containment and Conquest in Sarah Winnemucca’s Life Among the Piutes and María Amparo Ruiz de Burton’s Who Would Have Thought It?” appear in the Feb. issue of Western American Literature.

Julie Williams, a Bilinksi dissertation fellow and recently graduated doctoral student, expects her essay, “Western Writers and Wheelchairs: Embodiment and Ability in Waist High in the World,” to appear in the forthcoming book “The Matter of Disability.”

A full list of details and publications can be found at ALS Publishing Boom.