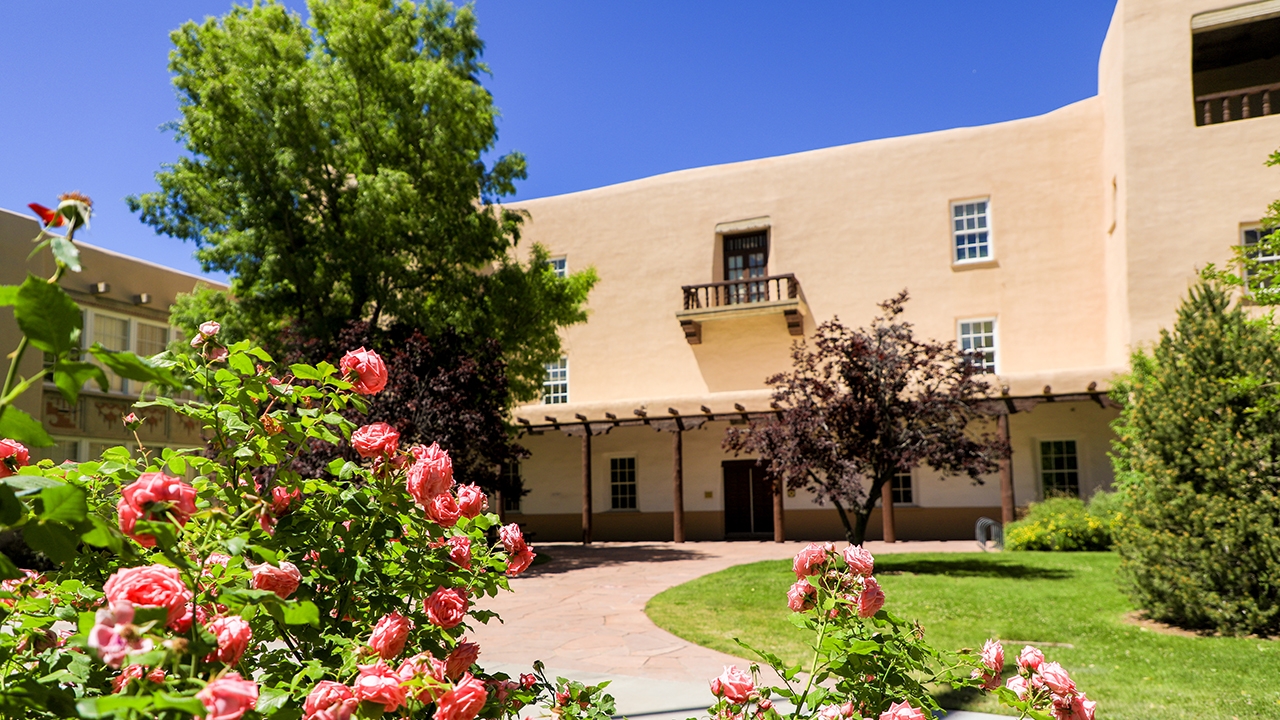 Ronald Christensen | Mathematics and Statistics | College of Arts and Sciences

Professor Ronald Christensen is a statistician who specializes in two areas: Bayesian statistics with an emphasis on eliciting prior information and non-parametric methods; and linear models, with a specialization in tests of independence and methods for case deletion diagnostics. He has published 102 papers, of which 59 are in the highest ranked journals in the field. He has held leadership positions as editor of The American Statistician, as associate editor of several other journals, and as chair and in other office positions with the American Statistical Association Section on Bayesian Statistics. Christensen has been elected fellow of the American Statistical Association, and of the Institute of Mathematical Statistics, the only member of the UNM Mathematics and Statistics department to be elected fellow in both organizations. In addition to his scholarship, he has led the department’s statistics lab, which provides consulting for students and faculty across the UNM campus. 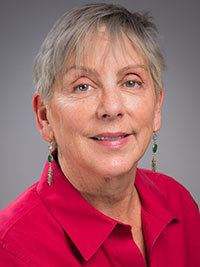 Professor Kimberly Page is a scholar of epidemiology, biostatistics, and preventative medicine whose research focuses on the prevention and treatment of the medical consequences of substance of abuse, including HIV and Hepatitis C (HCV) infections. Since joining UNM in 2014, she has extended her research to address the opioid crisis. Among Page's achievements have been an HCV vaccine trial, discovery of a sex difference in vulnerability to infection, and pioneering use of an opiate agonist treatment in young adults that has been found to reduce HCV incidence. Her work stands out for her active engagement with vulnerable and marginalized groups, and their ethical incorporation into clinical research designed to identify effective treatments specific to their needs. Page's research has been supported by a career total of over $20 million in competitive research funding. 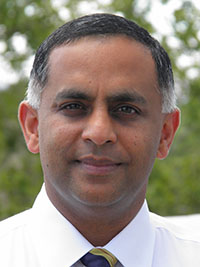 Professor Akshay Sood is a physician-scientist whose research focuses on lung diseases, with particular emphasis on mining-related diseases. His work is marked by successful community partnerships, and attention to health outcomes disparities involving race and ethnicity. Following early research in India, he spent a decade researching lung diseases among miners and farmworkers in Nevada and Illinois. After arriving at UNM, Sood's research has focused in New Mexico and neighboring states. He founded and continues to lead the Southwest Mining Health Center of Excellence, which is a community-engaged collaboration between UNM, New Mexico Tech, and two community partners, the Miners’ Colfax Medical Center in Raton and Critical Nurse Staffing, Inc. in Grand Junction, Colorado. He also created the Miners’ Wellness TeleECHO program, focused on mentoring clinical providers in rural underserved communities on occupational lung disease treatments. Sood's research has been supported by a career total of competitive funding in excess of $30 million. He serves on multiple editorial boards of professional journals, and in leadership roles for the American Thoracic Society, and has won internal awards at UNM for his contributions to team science and community engaged scholarship. 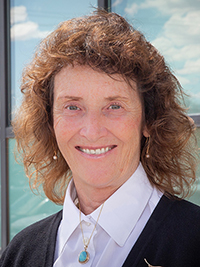 Professor Angela Wandinger-Ness is a cell biologist and biochemist who studies fundamental cell biology to dissect disease processes and mechanisms, and to devise treatments. Her most recent work has centered on the cell biology underlying ovarian cancer and kidney regeneration. Her research program has been continuously supported with a career total of more than $30 million in direct cost funding, and she has secured eight patent awards. She was elected a fellow of the American Association for the Advancement of Science in 2012.  She has provided extensive academic leadership at UNM, leading an NIH Shared Instrumentation Grant to establish a new, state-of-the-art Fluorescence Microscopy Shared Resource in 2000, co-leading a P20 Cancer Center planning grant that led to the subsequent P30 UNM Comprehensive Cancer Center grant and its 2021 renewal. Wandinger-Ness also contributed to the formation of the Spatio-Temporal Modeling Center.  She received the 2020 American Association for the Advancement of Science Lifetime Mentor Award and the 2020 Presidential Excellence Award for Science, Mathematics and Engineering Mentoring awarded by the White House. 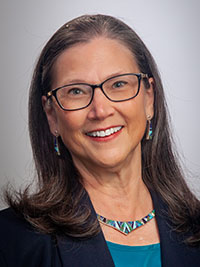 Professor Karin Westlund High is a Ph.D. physiologist and biophysics scholar who specializes in the mechanisms and management of pain.  Her work addresses altered signaling of neurotransmitters, neuromodulators, molecular and epigenetic regulators that produce heightened sensitization contributing to chronic pain. Her discoveries have led to pre-clinical testing of two non-opioid gene therapies that target regulators that are abnormally high in the presence of chronic neuropathic pain. Other achievements include discovery of: 1) previously unknown visceral pain pathways, leading to development of a successful surgical intervention; 2) “vicious cycle” interactions between peripheral sensory nerves and spinal nerves that intensify inflammation and pain; and 3) a previously unknown switch in forebrain noradrenergic system function that amplifies pain and anxiety behaviors for which novel medical and gene therapy approaches have been developed. She has multiple patents related potential therapies. Westlund High is a recipient of the Frederick W.L. Kerr Career Research Achievement Award, the highest honor bestowed by the American Pain Society. 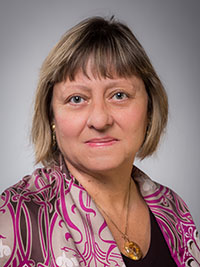 Professor Cosette Wheeler is a molecular biologist and virologist whose research has focused on the role of Human Papilloma Virus (HPV) in the etiology and progression of cervical cancer; the development of highly sensitive molecular methods and diagnostic screening tests for HPV viruses; and the design and implementation of cervical cancer screening and prevention trials within New Mexico, across the United States, and in underserved low- and middle-income countries in Latin America and Africa. Her work combines basic science with clinical applications. Wheeler's program has been supported by a career of more than $60 million from funders including, National Institutes of Health, National Cancer Institute, the National Institute of Allergy, Immunology, and Infectious Diseases, as well as by pharmaceutical and clinical diagnostic industry awards. Wheeler founded and still directs the UNM HOPE Clinic and Pharmacy, which played a central role in clinical trials of new HPV vaccines, and in cervical cancer screening and prevention for women in underserved communities. She also developed and leads one of the nation’s only registries of Pap screening, diagnostic, and treatment outcomes for more than 900,000 New Mexican women. This registry has been key to assessing the impact of HPV vaccination on both HPV prevalence and cervical cancer risks. 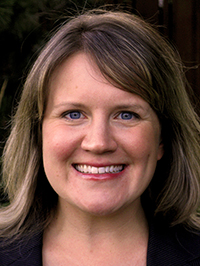 Professor Katie Witkiewitz is a clinical psychologist whose scholarship focuses on alcohol abuse, opioid use disorder, and polysubstance abuse, with an emphasis on harm reduction and relapse prevention.  She has been named a Fellow of the American Psychological Association, and has received multiple distinguished service and scholarly recognition awards from professional associations. Witkiewitz' work has been supported by nearly $54 million in research funding. In 2021, the U.S. Secretary of Health and Human Services appointed her to the National Advisory Council on Alcohol Abuse and Alcoholism.  She is editor in chief of Psychology of Addictive Behaviors, and field editor for Alcoholism: Clinical and Experimental Research. She is widely sought as a speaker, and has presented her work in Australia, Brazil, Canada, Germany, Japan, and the United Kingdom as well as in the US. She holds multiple international leadership roles in the field of substance abuse treatment. Witkiewitz was recently appointed director of UNM's Center on Alcohol, Substance Use, and Addictions (CASAA).