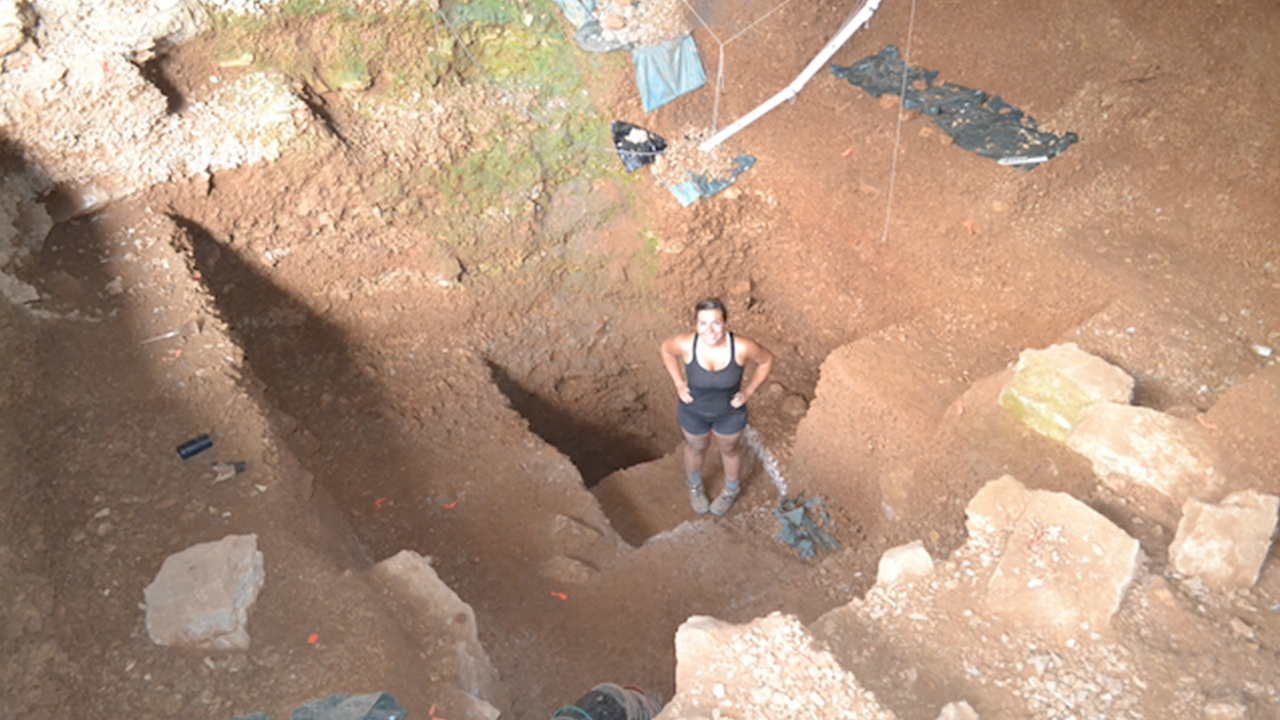 The University of New Mexico Ph.D. candidate Milena Carvalho was with a team of archaeologists excavating a site in Portugal when she found an archaeological “smoking gun” that, along with the team’s other finds of stone tools, shows modern humans arrived in the westernmost part of Europe about 5,000 years earlier than previously known. The report of their discovery was published this week in the journal Proceedings of the National Academy of Sciences. 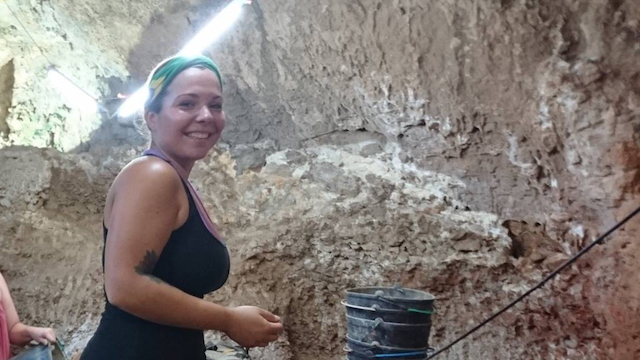 Carvalho is an archaeologist in the UNM Department of Anthropology and has worked with a team of international archaeologists every summer since 2013, except for 2020 when the pandemic prevented travel. Her dissertation research involves studying the diets and paleoecology of late Neanderthals and early modern humans to see if either had a role in the Neanderthal extinction and subsequent replacement by modern humans.

The early Aurignacian dispersal of modern humans into westernmost Eurasia was co-authored by Carvalho. The findings will certainly generate debate within the scientific and archaeological communities, she said.

“We dated these using the most modern radiocarbon dating techniques available, and the dates confirmed an earlier modern human presence.”

The question of whether the last surviving Neanderthals in Europe have been replaced or assimilated by incoming modern humans is a long-standing, unsolved issue in paleoanthropology. The early dates for Aurignacian stone tools at Picareiro likely rule out the possibility that modern humans arrived in the land long devoid of Neanderthals. If the two groups overlapped for some time in the highlands of Atlantic Portugal, they may have maintained contacts between each other and exchanged not only technology and tools, but also mates. This could explain why many Europeans have Neanderthal genes.

The Picareiro cave has been under excavation for 25 years and has produced a record of human occupation over the last 50,000 years. The team has uncovered rich archaeological deposits that include stone tools in association with thousands of animal bones from hunting, butchery, and cooking activities.

“The ‘smoking gun’ stone tools that made our team realize we just discovered something big are a piece called a carinated core as well as the products of knapping this type of core, also known as bladelets,” Carvalho said. This type of stone tool technology (that has only been found in modern human contexts in Iberia) is described as carinated due to how prehistoric humans knapped stone to produce small bladelets. This resulted in a piece of stone with the negative scars of the small bladelets that were knapped off, also known as a core.

“The article details the discovery of the stone tools typically associated with modern humans in central Portugal about 5,000 years before we thought,” Carvalho said. By 38.1 k calibrated radiocarbon years (41,000-38,000 years ago) before present, modern humans were already in the peninsula and may have overlapped with Neanderthals, meaning that both populations may have lived concurrently. Lapa do Picareiro, the site where these stone tools were unearthed, is one of two sites on the Iberian Peninsula with evidence of an early modern human presence.

“Our research overturns long-held beliefs about this period in our human history, and if other sites show similar evidence to ours, it may be that Neanderthals went extinct earlier than we thought or that there were times when humans and Neanderthals occupied the same territories,” she said.

“Understanding what it means to be human doesn’t start with us, but with our ancestors. Understanding why Neanderthals went extinct and how modern humans colonized the world can show us what it means to be human,” Carvalho, said, adding that she is a Brazilian of Portuguese ancestry who moved to the United States as a child. “So it has been great to work in a country where I speak the language and am familiar with the culture.”

“I am lucky to have my advisor, Dr. Emily Lena Jones, and many mentors, namely Dr. Lawrence Straus and Dr. Frances Hayashida, who provide the expertise and advice regarding how to have a career in archaeology as well as in academia. Other than coursework, these three have been fundamental for my preparation as an archaeologist,” Carvalho remarked.