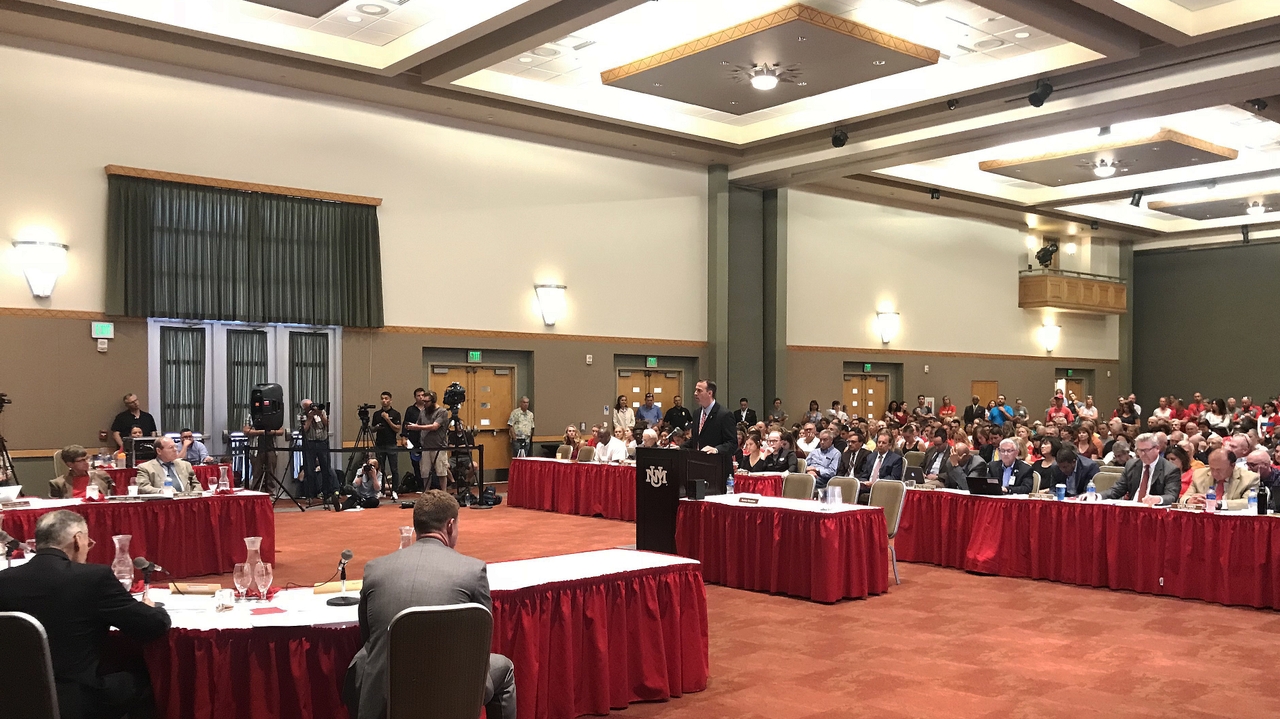 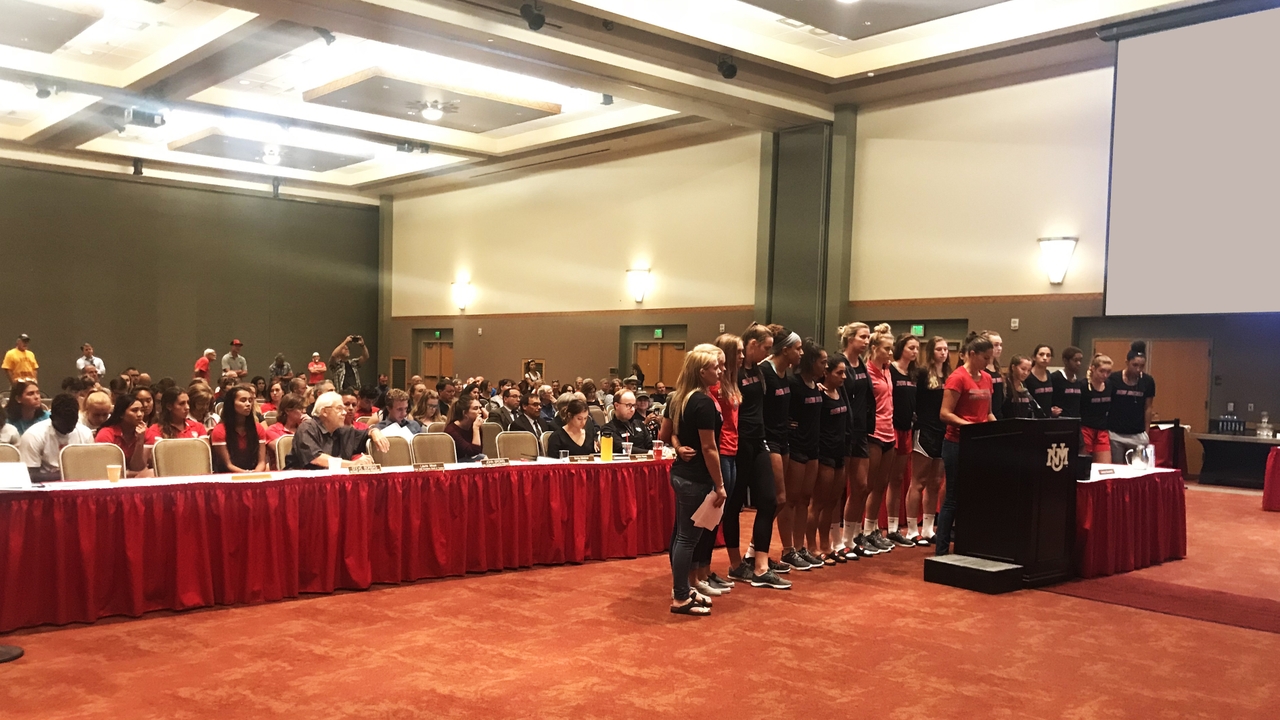 UNM Board of Regents approve, again, most Athletics Department recommendations

On a 7-0 vote, The University of New Mexico Board of Regents upheld its previous decision once again approving athletics department recommendations for new revenue opportunities, expense cutting measures and a reduction in the number of varsity sports programs.

The affected sports, men’s and women’s skiing, men’s soccer and beach volleyball are the four sports that will be discontinued effective July 1, 2019. Additionally, UNM will move forward with a roster management plan for men’s cross country, and men’s indoor and outdoor track. UNM will honor the scholarships of the affected student-athletes through their graduation.

UNM conducted the second meeting on discontinuing sports after the New Mexico Attorney General’s office issued an opinion saying the institution violated the state’s Open Meetings Act by not adequately providing “sufficient information” regarding matters to be discussed and possible action in the Board's July 19 meeting. UNM objected to the AG’s opinion, but out of an “abundance of caution,” the University opted to conduct a second meeting to address the AG’s concerns.

The athletics department proposal was a result of a Board directive last April to reduce its budget deficit, and a comprehensive effort designed to right-size the Athletics Department driven by considerations including financial issues, Title IX compliance and Mountain West conference alignment. The athletics department had run a deficit in eight of the past 10 years prior to the directive.

“We have a financial obligation to budget responsibly and transparently, not just in athletics, but throughout the University,” said UNM President Garnett S. Stokes. “UNM conducted a fair, objective analysis and review that was thorough in its collection and assessment of important data and supplementary information. I am grateful to everyone who has offered suggestions to our financial situation.”

The vote to reduce intercollegiate sports brings the number of sponsored sports down from 22 to 18. Those programs affected will compete in the upcoming 2018-19 academic year, which will be their final seasons of competition.

The second meeting, again, drew a standing room crowd and began with an introduction from President Stokes, who described the seriousness of the issues.

“Here is our reality, an institution the size of UNM does not have the resources to support 22 competitive Division I teams,” Stokes said. “We must also comply with Title IX or issues of gender equity. UNM is faced with very difficult decisions and tough choices, and we face them now. Failure to have clarity on where we are headed jeopardizes all of our athletics programs and will only continue to damage a department that has struggled with trust and accountability relative to its finances. Athletics needs to be able to put its house in order. This outcome weighs heavily on me and I know it weighs heavily on every person who is involved.”

“Any decision which negatively impacts a student-athlete is a difficult one, and the recommendation to President Stokes to discontinue four varsity sports was no different,” said Director of Athletics Eddie Nuñez. “My team and I spent months collecting data, analyzing options and engaging with campus and community leaders on potential solutions that would not involve discontinuing any sports. The recommendations in our plan took into consideration the departments’ financial challenges, the requirement to adhere to federal Title IX gender equity standards and our alignment with the Mountain West conference.”

More than 50 community and team members from the several of the affected sports were given the opportunity for public comment that lasted nearly three hours. Members of the Board and University officials took notes throughout the public comment period and referred to them during the administration’s response to frequently asked questions before the Board took the decisive vote.

UNM’s total of 18 NCAA sports marks the fewest for UNM since the merger of the NCAA and the AIAW (The Association of Intercollegiate Athletics for Women) in 1983 put UNM’s complement of sport offerings at 24, and reflects a changing collegiate landscape within intercollegiate athletics.

“Our student-athletes are talented and dedicated young men and women,” said Stokes. “Their accomplishments are a point of pride for all supporters of The University of New Mexico. Our fans, our alumni, our donors, our families and our community leaders routinely support our student-athletes and their passion is evident each and every day. Our athletics programs are vital to who we are as an institution and as a community. We are grateful for their support.”

For a copy of the report visit: UNM Athletics Analysis and Review.

For list of FAQs visit: UNM FAQs Regarding Athletics Recommendations.