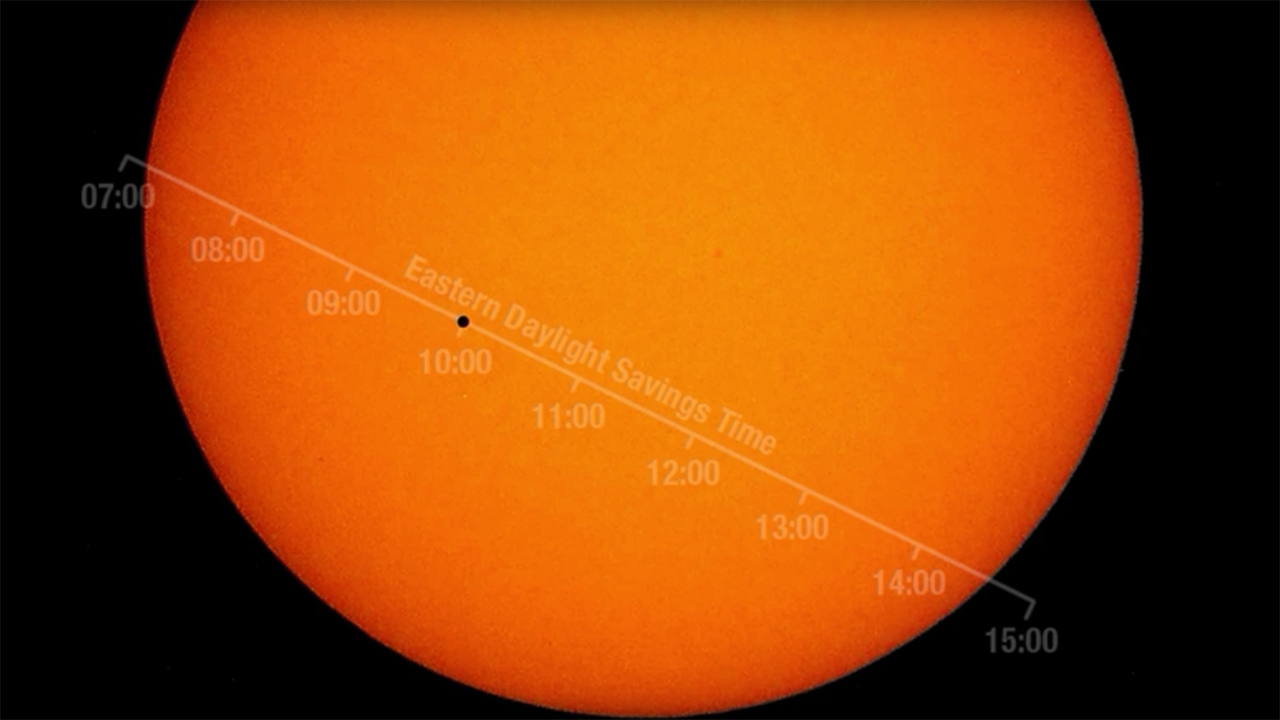 Everyone’s heard the saying “once in a blue moon.” Being able to see with your own eyes, rare celestial events are not a common occurrence. The University of New Mexico's Department of Physics & Astronomy is providing the public with just such an opportunity on Monday, Nov. 11 from 8 a.m. to 12 p.m. in the UNM Observatory.

At the event, attendees will be able to see a rare celestial event as the planet Mercury crosses paths with the sun—an event that residents in Albuquerque will not be able to see again until 2032. Mercury is the smallest planet in the solar system and is the closest planet to the sun. It will pass in between the sun and the earth giving the campus community the opportunity to see Mercury as it appears as a small black dot moving across the face of the Sun. Occasionally it crosses in front of the sun's bright disk from our perspective here on Earth. The last time this happened was in 2016.

As the sun rises, viewers will already be able to see Mercury crossing the sun, weather permitting, UNM campus observatory welcomes one and all for the free viewing. No registration is required.

The UNM Observatory is located two blocks north of Lomas and Yale NE. People can reach the observatory via bus or by using guest parking on campus. There is a bus stop for either the Lomas bus #14 or the Montgomery #5 near the observatory. Visitor parking is available at the Yale Garage on the south side of Lomas for $2 per hour. For more parking information visit, Visitor Parking.