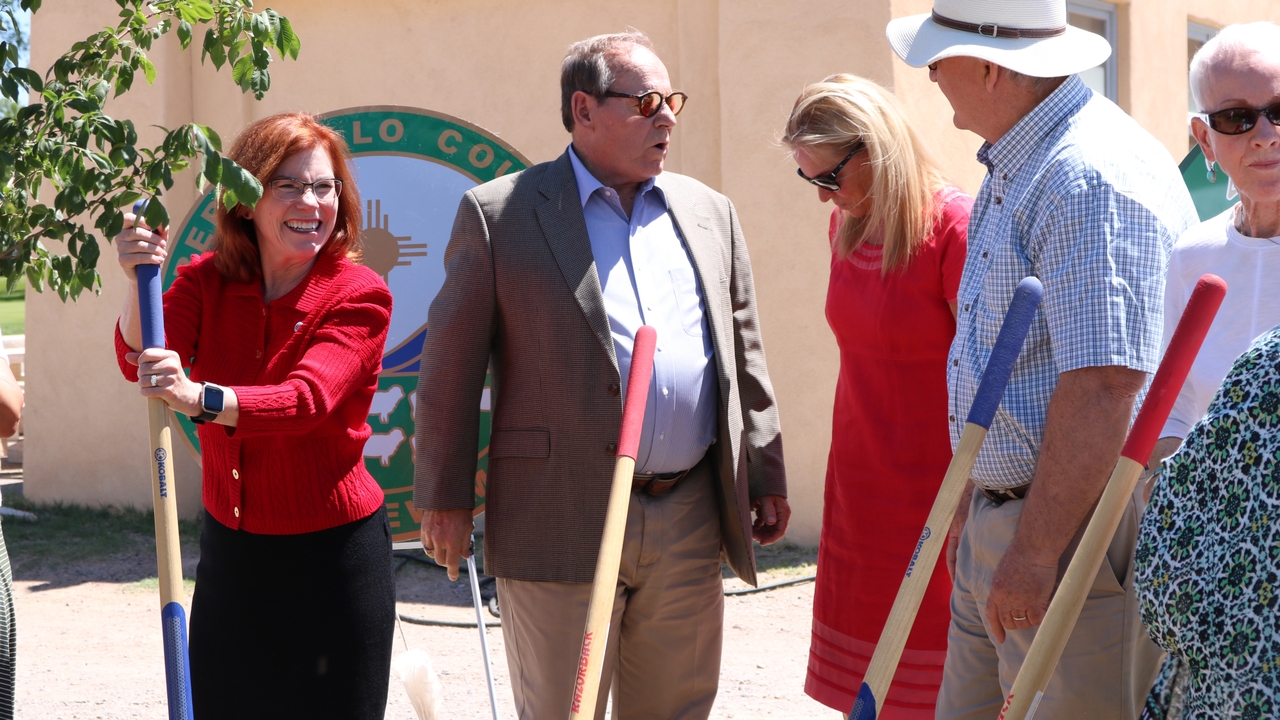 President Stokes along with Bernalillo County Commissioner Maggie Hart Stebbins and community leaders grabbed a shovel to help plant a tree in honor of the UNM/Bernalillo County open space partnership. 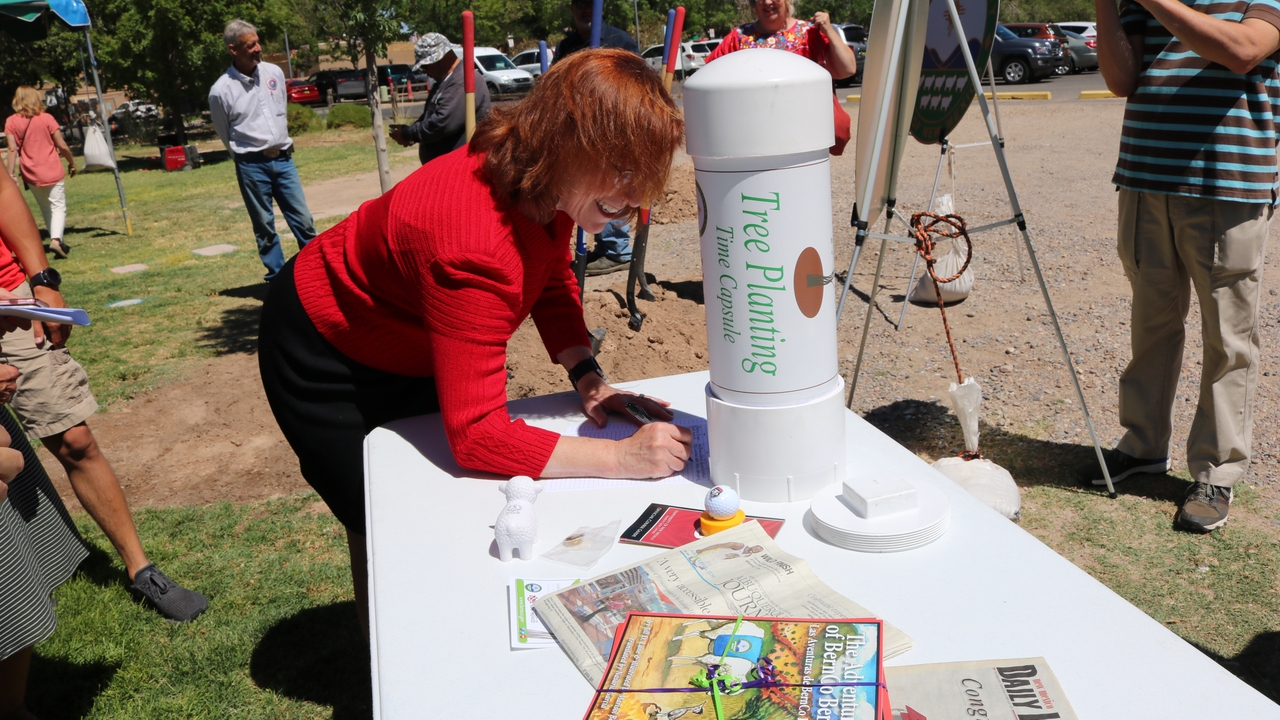 Participants signed an official roster to be included in the time capsule. Some of the other items included were a copy of the Daily Lobo, 2018 graduation program, official presidential installation coin, Bernie the County's mascot and information on the open space program. 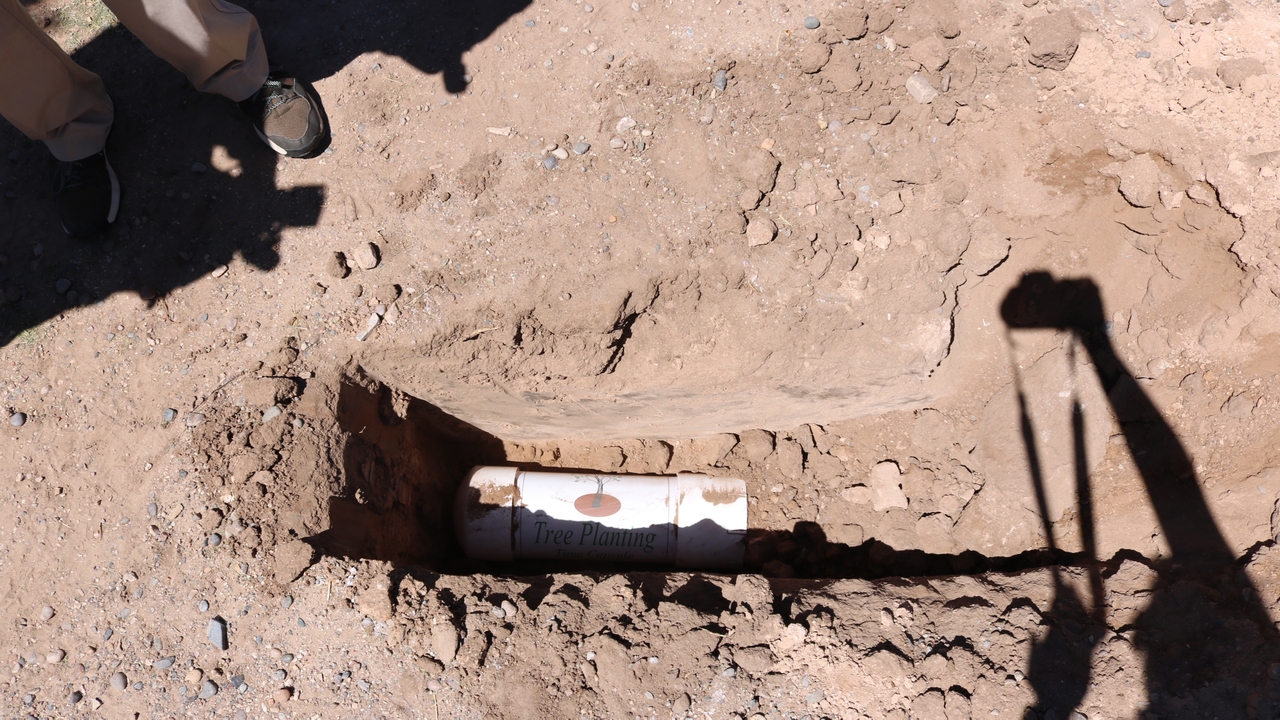 Many items from the event were placed in this time capsule—burried at the UNM North Golf Course. It will be unearthed in the year 2068. 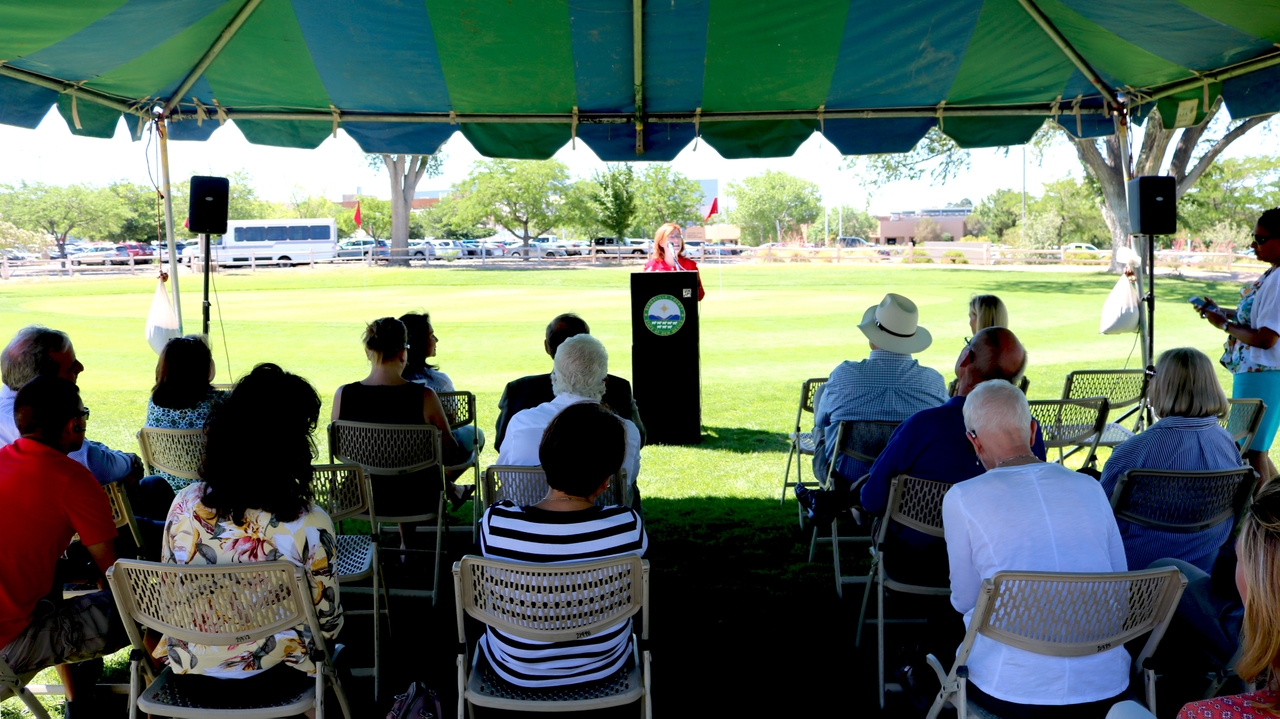 Honored the five-year anniversary of the partnership between UNM, Bernalillo County and the surrounding neighborhood associations. The open space project preserved the cherished green space of the UNM North Golf Course.

UNM celebrates the fruits of partnership by planting a tree

The UNM North Golf Course has been coined as a hidden gem—Albuquerque’s Central Park. Built in the 1940s, the 79-acre, now nine-hole course, was known for its beauty and tree lined galleries. But, what was once new, had become old and decisions had to be made how to save the historic site. Three groups agreed to grow the green space together, now years later they are celebrating the maturity of their partnership.

Five years ago, UNM, Bernalillo County and the surrounding neighborhood associations came together to find a solution to rehabilitate the aging North Golf Course. UNM Regents approved an agreement with Bernalillo County that gave the University $1.5 million from the County's Open Space fund in exchange for a conservation easement to be used as a walking trail on the property.

With the funding, UNM upgraded the irrigation system saving millions of gallons of water. In addition to infrastructure improvements, nearly 300 new trees were planted, with older ones either saved or cleared out.

At an event to honor the five-year anniversary of the partnership and project, UNM President Garnett Stokes, joined Bernalillo County Commissioner Maggie Hart Stebbins and community leaders, to speak about the success of the endeavor.

“It was said when the work was completed five-years ago, this space will be enjoyed for years to come and it has,” said Stokes. “It is a cherished green space in our desert county. You see golfers, runners — including our nationally ranked cross-country team — families and a few furry friends enjoying the beauty of this space.”

A tree was also planted during the event to symbolize the continued growth of the trees and preservation of the space. Additionally, the history of the project and the partnership was captured in a time capsule to be opened in 50 years.

“I hope when this is opened,” said Stokes, “people will see the work we have done together for our community and how much we loved this space, our University and the County.”