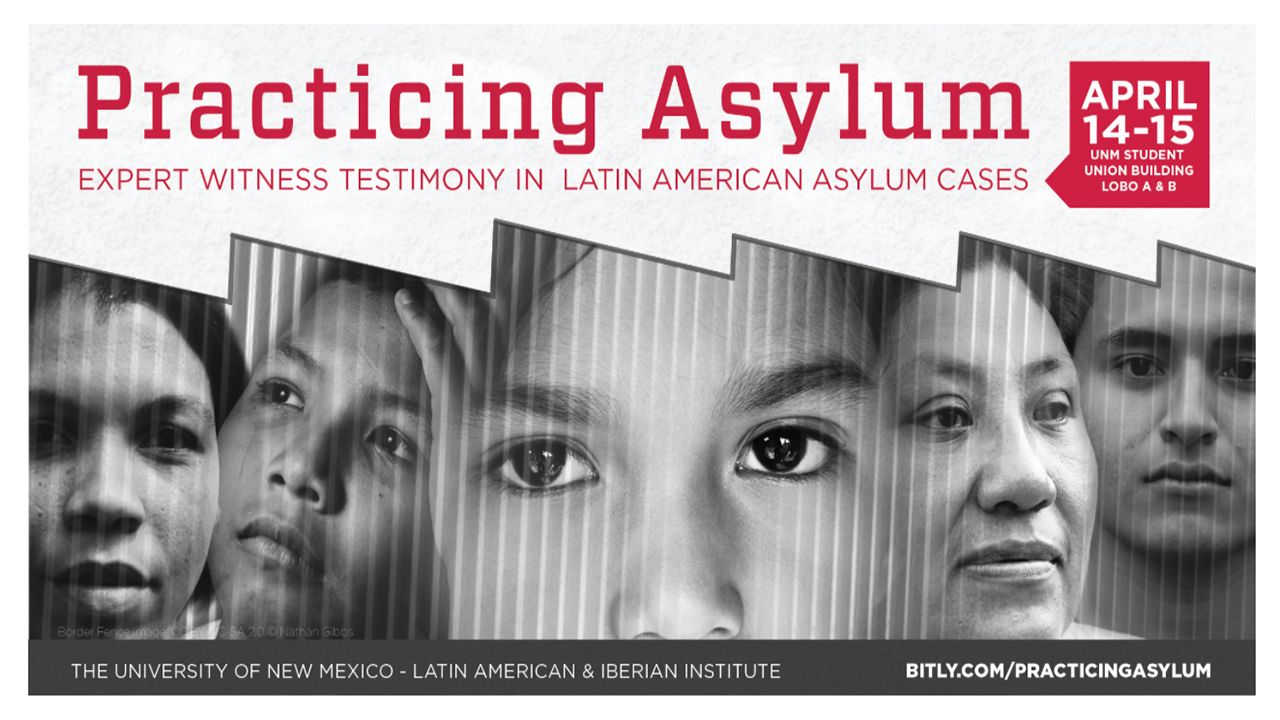 The conference will be held April 14-15 at the UNM Student Union Building, Lobo A & B, and is free and open to the public. Registration is encouraged. More information is available on the LAII website.

Conference Goals
Latin American migration to the U.S., long a strategy for political exile and economic survival in the U.S.-Mexico border region, has in recent decades diversified with respect to region of origin, U.S. destination, and motivations for migration.

As demonstrated by the recent surge in Central American immigration—particularly the large numbers of unaccompanied minors and women with small children—the U.S. immigration system has all but completely broken down under the highly-politicized, under-resourced, and privatized detention-deportation system that now characterizes the treatment of undocumented migrants. Even the small proportion of migrants who are actually granted the right to an asylum hearing have great difficulty in obtaining experienced legal representation and competent expert testimony to support their claims, particularly when these include domestic and sexual violence, repression due to sexual orientation or gender identity and gang violence.

In response to the fundamental barrier to effective asylum representation posed by the dearth of experienced attorneys—academics and practitioners around the country, including from The University of New Mexico, are working to create a network of experienced attorneys and expert witnesses, particularly for cases involving domestic violence, sexual violence and mother-child asylum. Attorneys require additional training in the realities of Latin American society in order to coordinate and direct adequate defenses for asylum seekers.

Likewise, US scholars, journalists, and others normally tapped for expert witness testimony can benefit from greater access to asylum networks, resources, and witness training. In light of the growing backlog of such cases, systematic communication among all participants - clients, asylum attorneys, expert witnesses, donors, and corporate pro-bono lawyers - has also become an urgent necessity.

Organized by the LAII under the leadership of Kimberly Gauderman and Elizabeth Hutchison of the UNM Department of History, the conference is further supported by:

The Latin American & Iberian Institute (LAII) was founded in 1979 to coordinate Latin American programs at The University of New Mexico. Designated a Title VI National Resource Center (NRC) by the US Department of Education, the LAII offers academic degrees, supports research, and coordinates a wide array of outreach initiatives that reach diverse constituents, including postsecondary faculty and students, K-12 educators and students, business leaders, government officials, and members of the general public.