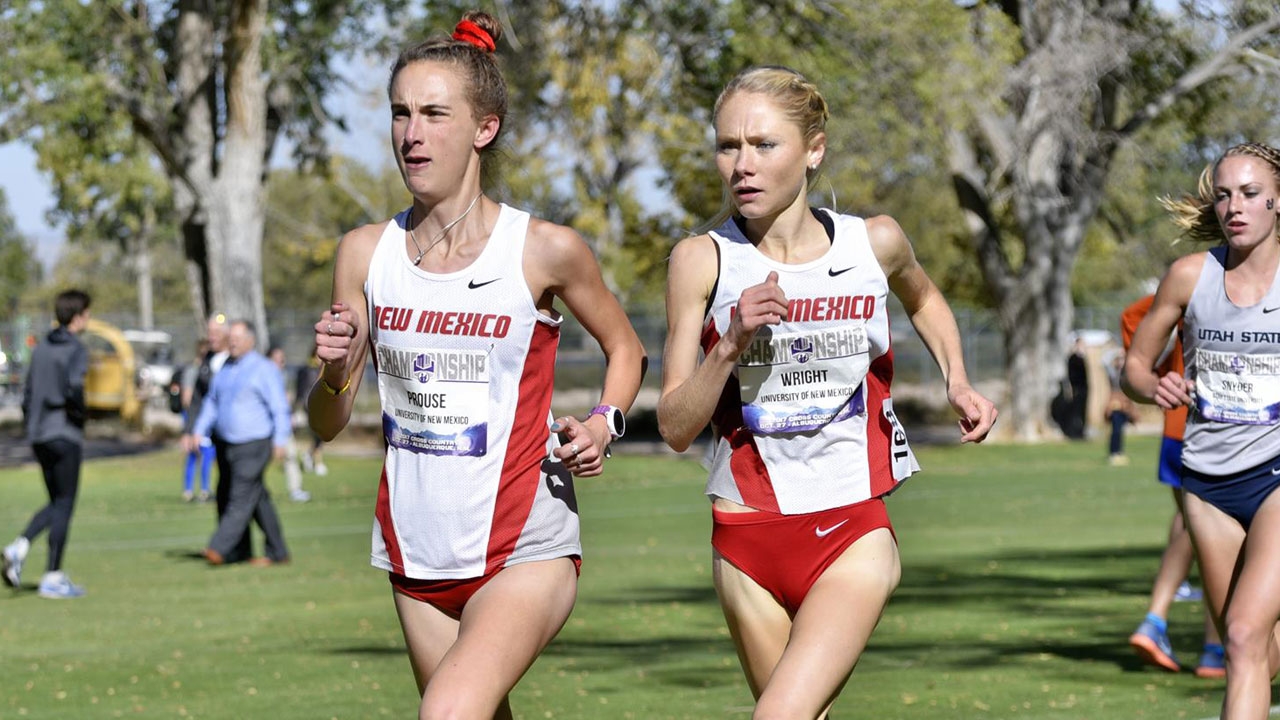 Every November since 2008, the Lobos have competed against the nation's elite on the highest stage of collegiate cross country.

During that span, they've also cemented themselves as one of the best teams in the NCAA.

The second-ranked University of New Mexico women's cross country team heads to the NCAA Championships looking for another top-10 finish, with designs on also challenging for the national title behind its talented cast of runners.

Along with men's runner Josh Kerr, who qualified to the championships as an individual, the Lobos have the potential for some tremendous results on Saturday when they race at E.P. 'Tom' Sawyer State Park in Louisville, Kentucky.

"We're excited to say the least," UNM head coach Joe Franklin said. "There are 346 teams that compete in women's cross country, and to be one of the 31 that are at the national championship is quite an honor.

"We're going to go there, put on our turquoise uniforms and give it a shot."

The same site of the UNM women's NCAA championship in 2015, Franklin and his harriers hope a return to Louisville produces some more stellar results.

The Lobo women, who have placed top 10 at every national championship since 2010 for the nation's longest active streak, are among the favorites for the team title.

But New Mexico will be facing off against a stacked field, including No. 1 Colorado — which has handed UNM its only two losses this season — No. 3 San Francisco and No. 4 Stanford.

"Should be a lot of fun," Franklin said. "You go into it and it's a lot different than 2015. This one is four or five teams [that are favorites], and, on any given day, those four or five teams can win. We just have to give it our all."

The Lobos will look to give it their all behind their own talented roster, which includes some runners eyeing the individual title.

Ednah Kurgat, the reigning NCAA Mountain Region Female Athlete of the Year, can contend for the individual crown, having won every races she's run this season.

After sitting out last season as a transfer from Liberty, Kurgat has performed at an elite level all season for UNM, earning a pair of USTFCCCA National Athlete of the Week honors and Mountain West Female Student-Athlete of the Year honors.

"We're going to let her do what we do: See how the race is going, and then pick your point and if you feel good, go," Franklin said.

Along with Alice Wright, a two-time regional athlete of the year herself, Weini Kelati and Charlotte Prouse, UNM has the low sticks needed to have a chance for the team title.

That group has led New Mexico throughout the season, registering top-15 performances at every the team's competed at this season.

Additionally, Alex Buck, Kieran Casey, Alondra Negrón Texidor and Sophie Eckel will all be key to the Lobos' goal of a team title.

While New Mexico's top four runners have been largely consistent all year, getting a strong finish from its No. 5 runner may very well determine the title race. Three different runners have been the team's fifth scorer this season, giving the Lobos options for scoring performances.

"Hope you get out there and have a good run," Franklin said. "It's going to be nuts. It's 255 women all trying to get to the first turn."

For Kerr, he'll be making his first NCAA appearance in cross country. A two-time national champion on the track (mile indoors and 1,500-meter run outdoors), Kerr is nonetheless familiar with high-level NCAA competition.

He is the first individual qualifier for New Mexico since Jeremy Johnson in 2007, and is the UNM men's first representative at the NCAA Championships since the team last qualified in 2014.

"On the men's side, Josh Kerr, who's a miler, will be representing UNM in the national championships in cross country," Franklin said. "He ran a great race at the regional and now we're looking forward to seeing how he can do against national competition."

Although the middle-distance races on the track are more in Kerr's wheelhouse, he's can still challenge for an All-American finish, which is accorded to the top-40 finishers at the meet.

"We're not putting a lot of pressure on it [for Josh]," Franklin said. "Go out and have fun, make sure you're healthy and, most importantly, make sure you come out of this race healthy."

But, for a team that's seen years of consistent success at the NCAA Championships, is the goal every season.

The championships will be streamed exclusively on FloTrack.org with live results at RecordTiming.com. Check back Saturday afternoon on GoLobos.com for meet results and a New Mexico recap.