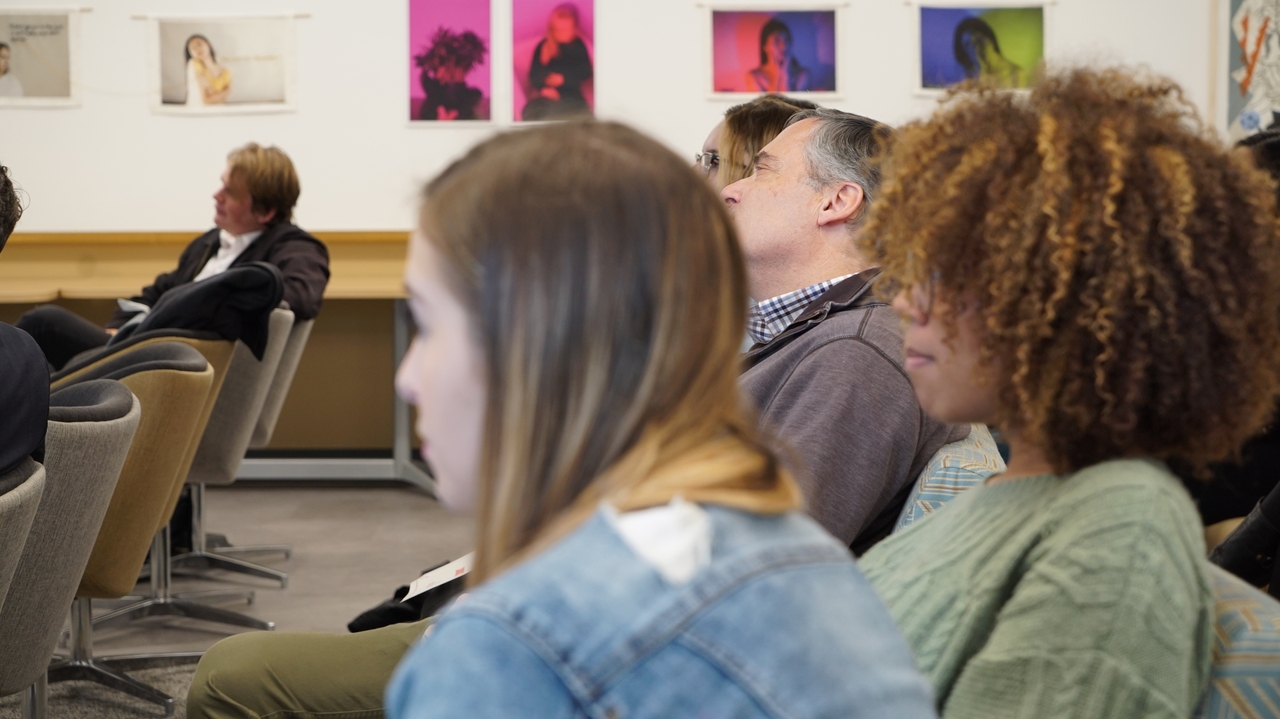 Students, campus-wide, can install Adobe applications and editing software on their own computers and devices to create, edit and publish content. 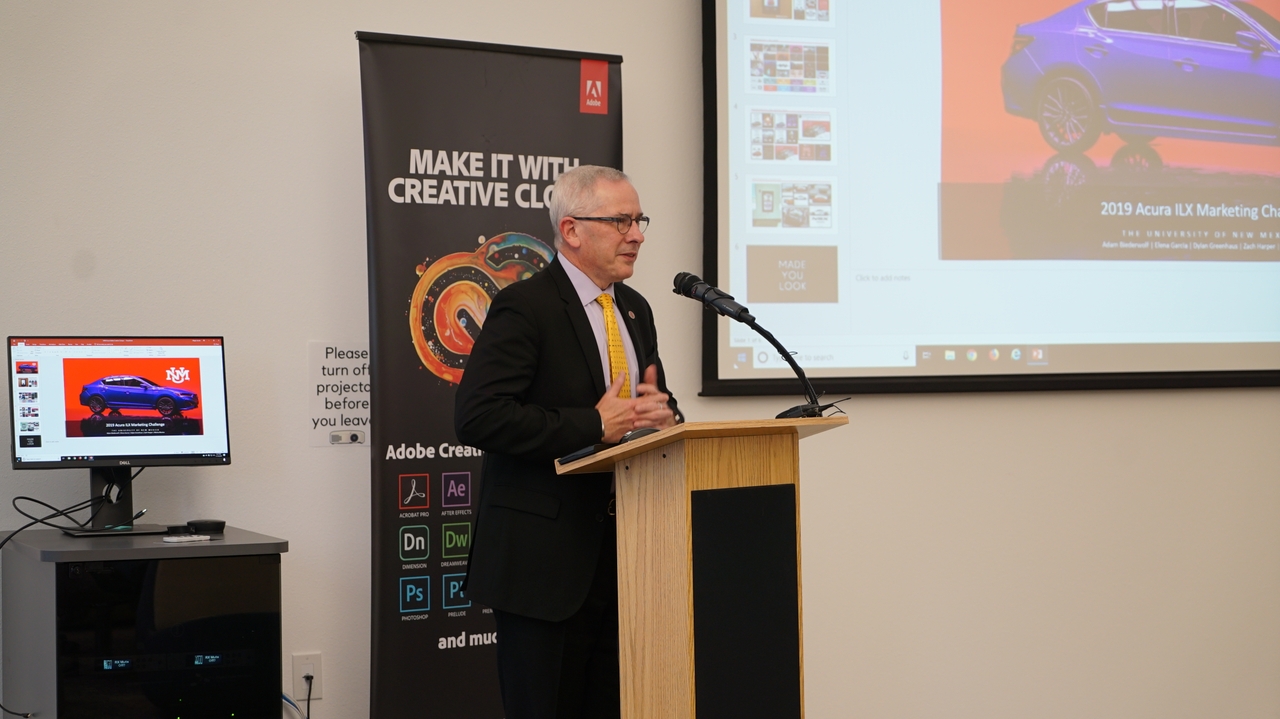 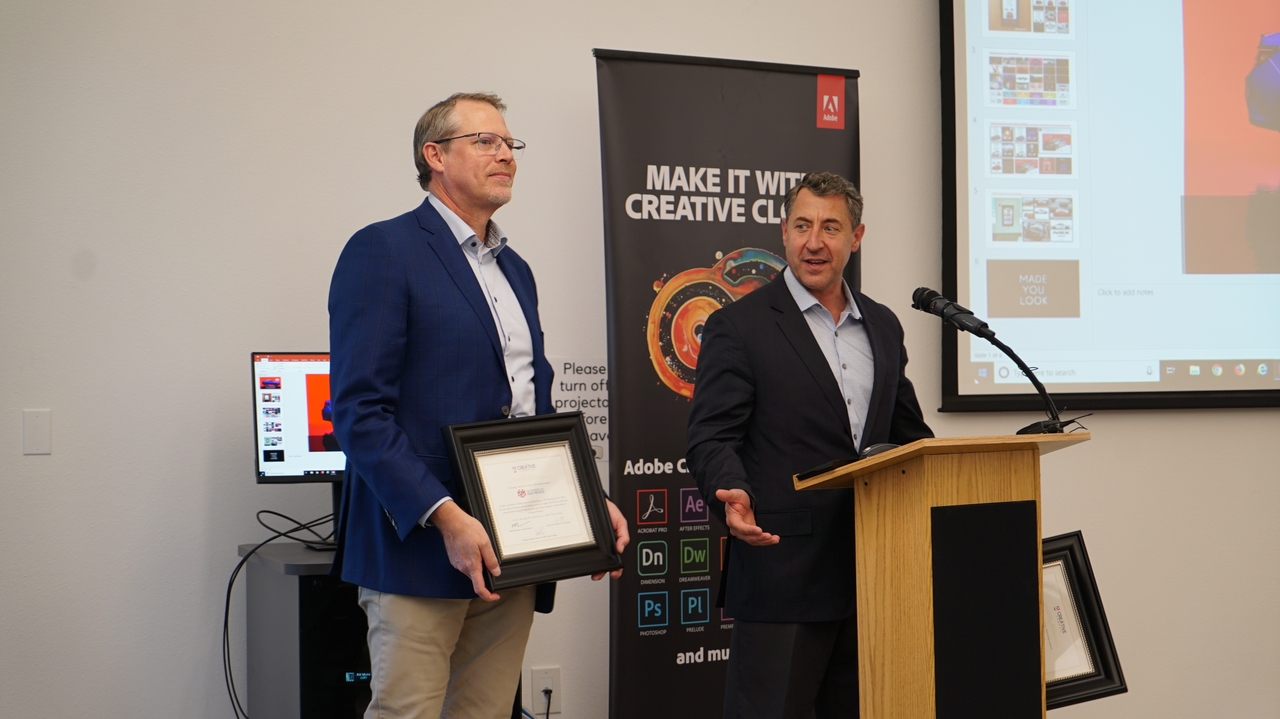 During a ceremony Thursday afternoon in the Forum at Honors College, students, staff and faculty gathered to be presented with two certificates designating The University of New Mexico as an official Adobe Creative Campus.

"What's most exciting is that the agreement allows UNM to embrace digital literacy as a core part of our curriculum, positioning our students with desirable skills and creative resources to augment their already outstanding education," said CIO Duane Arruti. "I am already amazed at the creative works surfacing."

Through a partnership between the Provost’s Office and the Office of the CIO, UNM finalized an agreement this summer with Adobe that allows the university to license all main campus and HSC students, and interested faculty and staff, for the full Adobe Creative Cloud.

“When you get people in a room who appreciate each other,  from diverse backgrounds to diverse roles, that’s what a Creative Campus is all about. So, it’s my privilege to be part of that.” - Jason Katsoff, Customer Success Manager, Adobe

Students can install Adobe applications and editing software on their computers and devices to create, edit and publish content. As part of the agreement, Adobe partnered with the UNM Board of Regents to make a $100,000 investment intended to support UNM's campus-wide digital literacy initiative.

Adobe has 30 creative campuses around the world, including one in South Korea and one in Canada. The remaining 28 are spread all across the U.S. During the ceremony, Adobe Customer Success Manager Jason Katsoff said, the idea behind the program is to enhance student creativity and success around digital literacy.

“What’s going on here at The University of New Mexico is very special,” Katsoff said. “This is my fourth ceremony, and this is a true ceremony, where people get up and tell their stories and appreciate each other and recognize quality student work. That’s what it’s really about, student success.”

Students will present their projects Thursday, Nov. 21 and top groups will be awarded monetary prizes with the top prize being $250 for each group member.