The Gathering of Nations has a long history of holding events at WisePies Arena, a.k.a. The Pit with support from The University of New Mexico, but next year UNM has decided not to host the event.

UNM Executive Vice President David Harris sent a letter to the Derek Mathews, organizer of the annual event, notifying him of the University’s decision to end its agreement. The letter cites terms of the agreement that allow for cancellation with 120-day notice prior to the event. The next Gathering is set for April 24 – May 1, 2017.

The decision is both financial and operational. At a time when the University is facing tough budgetary constraints, hosting the PowWow had become prohibitively costly to the UNM athletics department, as well as risk services, police and security, and many other university operations.

“The PowWow has a rich tradition that UNM has shared for more than 30 years,” Harris said. “We understand that other venues, such as Expo New Mexico have expressed an interest in hosting future events, and we offer our support in helping make the transition to a new site.”

UNM recognizes the contribution and recognition that the annual Gathering of Nations event brings to the city of Albuquerque and the state of New Mexico, and wishes much continued success. 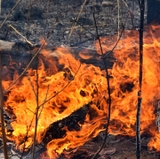 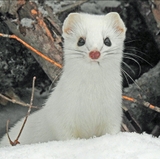