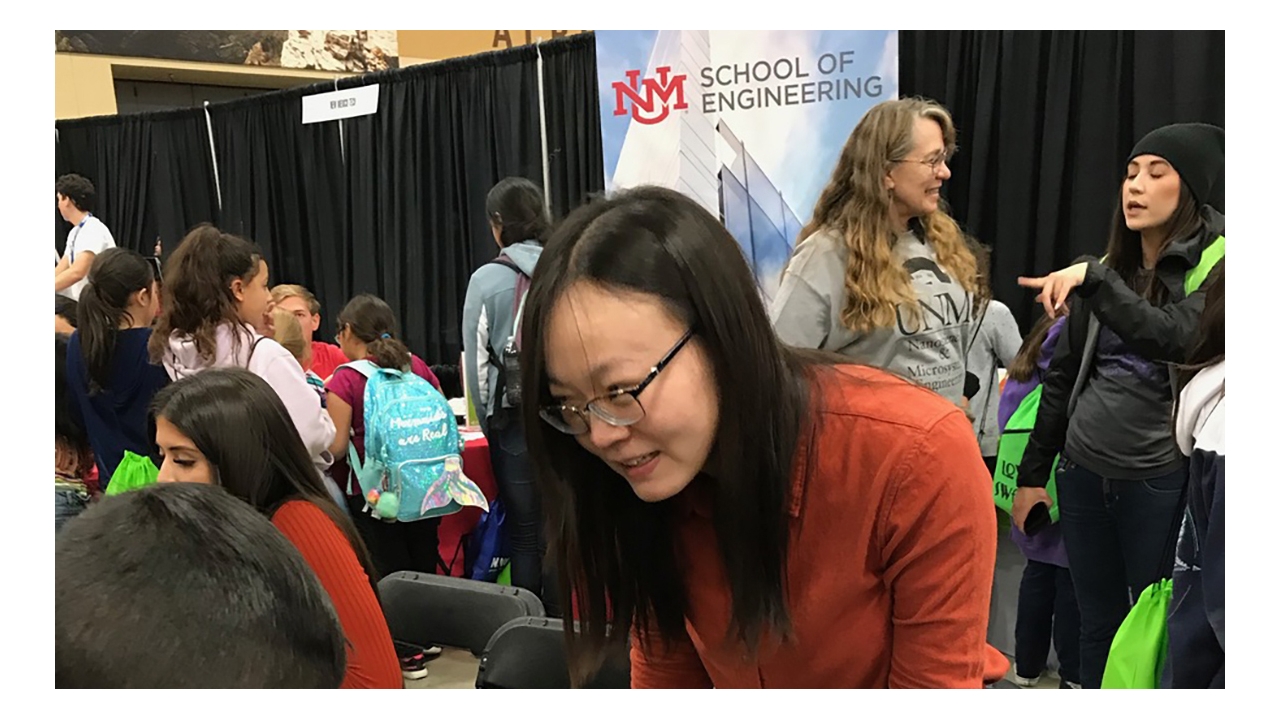 By Kim Delker December 07, 2019
Categories: Inside UNM School of Engineering

The event, designed to interest and attract students into the STEM disciplines, drew thousands of elementary, middle school and high school students.

Among the highlights were Shuya Wei, an assistant professor of chemical and biological engineering, who demonstrated “lemon batteries” that powered an LED, and graduate student Tracy Mallette, who directed students to do a bit of Logo programming that generated artistic stickers. Students also made take-home LED circuits and pipe-cleaner molecules, explored the behavior of gases, as well as nanomaterials such as butterfly’s wings and chemistry, such as bugs used to make inks.