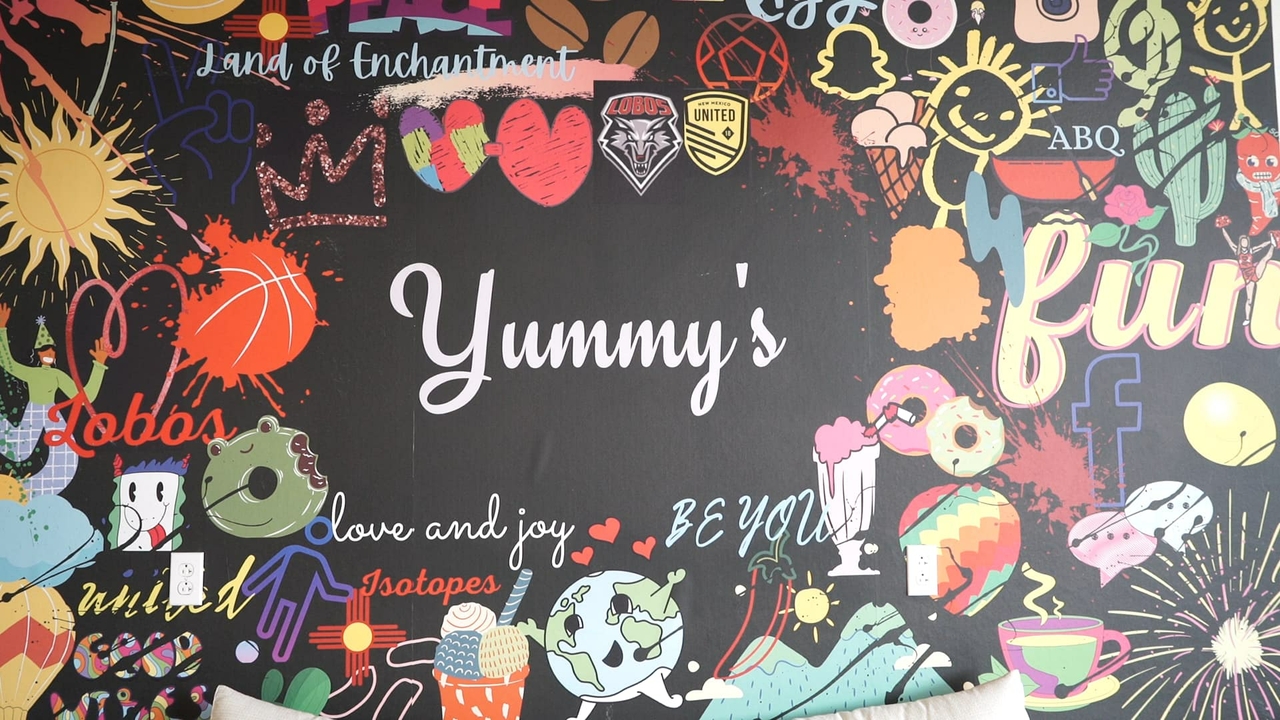 Sprinkles, chocolate chips, ice cream and donuts, Lobos, or anyone else passing by, can have it their way at Yummy’s Mini Donuts and Ice Cream. The shop, located in the heart of Downtown Albuquerque, just happens to be owned by two University of New Mexico graduates who aren’t afraid to show their Lobo pride.

“I just love this city. I’ve met a lot of people here that I call family. I don’t see anywhere else that I could fit in.” - Obij Aget, UNM alum

The couple, Obij Aget and Ashlynn Brown, said they got the idea from a friend in McAllen, Texas. The former Lobos say they couldn’t think of a better place to start a business.

Yummy’s is famous for its milkshakes, ice cream and mini donuts. These donuts are made fresh every day and customers can choose from a variety of glazes and toppings.

The couple met at UNM, where Aget played men’s basketball and Brown cheered for Lobo athletes along the sidelines. They both say the UNM community will always hold a special place in their hearts. As UNM alumni, the couple says they care deeply about their Lobo family, who often stop by Yummy’s to shop local.

“UNM is where it all started,” Brown explains. “That’s where I met my husband, started cheering, and met so many people. We’ve made some really great connections and without us both being at UNM, I don’t think this could’ve been possible.”

Aget, originally from South Sudan, says he and Brown plan on sticking around. He said what originally began as a college pit stop in his journey, quickly turned into him finding a forever home in the City of Albuquerque.

“I just love this city,” Aget says. “I’ve met a lot of people here that I call family. I don’t see anywhere else that I could fit in.”