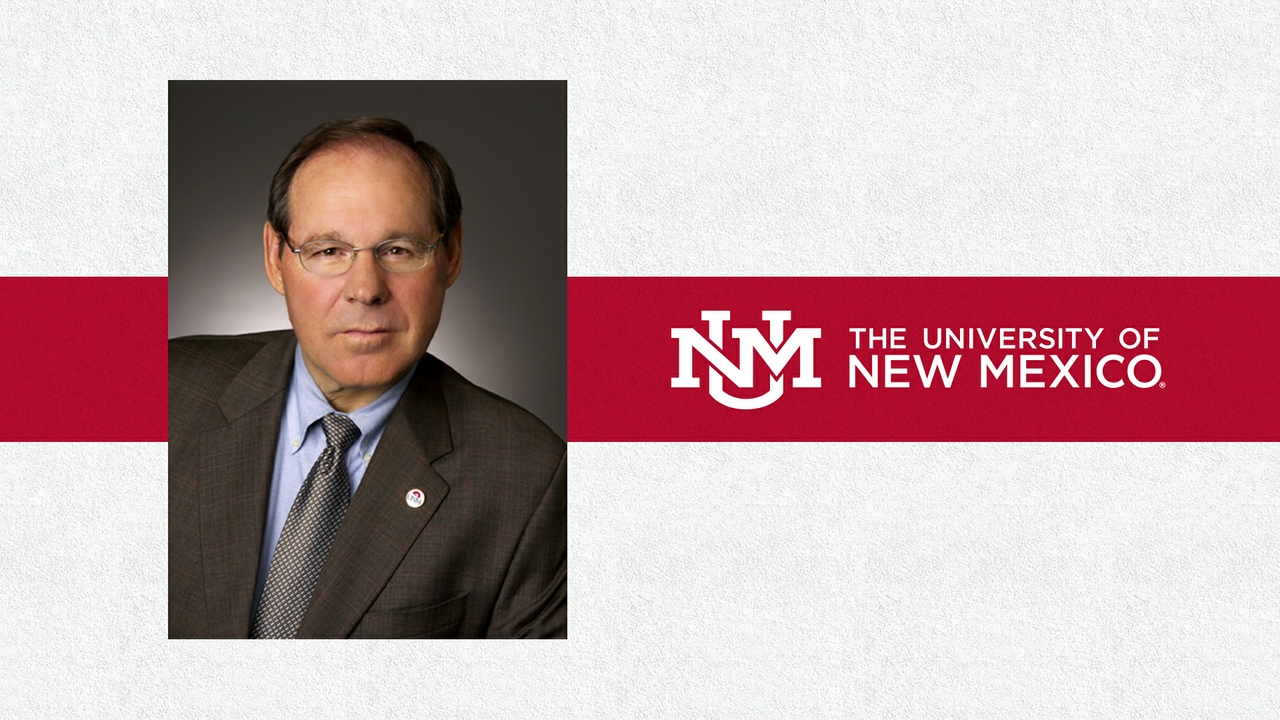 New Mexico racing legend Bobby Unser is attributed with saying that “Success is where preparation and opportunity meet.” This maxim aptly captures the administrative strength of David W. Harris. After nearly 14 years at the helm of The University of New Mexico’s finances and operations, Harris, who is the executive vice president for administration, COO & CFO, has announced his plans to retire from UNM by the end of 2018.

“After careful and detailed discussions with President Abdallah and incoming President Stokes,” said Harris, “I wish to announce my intention to retire from my position at The University of New Mexico by the end of the year.”

Harris says this will afford the new president adequate time to evaluate the positions and roles he holds and determine the most appropriate way to structure this very complex enterprise.

“For the remainder of his tenure, David will continue in his critical role, leading the Office of the EVP for Administration,” said Incoming President Garnett Stokes, who takes office on March 1. “This is extremely important to me as I come in as president, given his extensive background and institutional knowledge, and his strong commitment to UNM.”

Stokes stated that she will be working very closely with Harris to ensure that the impact on the University’s operations will be minimal. “I am very grateful for the groundwork he has laid.”

A lifelong New Mexican, Harris has spent his distinguished career in service to the people of New Mexico. After graduating with a B.B.A. in 1971 from Eastern New Mexico University,

In May 2004, Harris brought his many years of financial expertise to The University of New Mexico as the CFO & vice president for finance and administration. His responsibilities have evolved over the years. As executive vice president for administration, chief operating officer and chief financial officer, his portfolio has expanded to include the oversight and management of not only the UNM's $2.5 billion budget, but also the coordination of The University of New Mexico Regents' Finance and Facilities Committee, and the direction of a number of senior administrators who oversee nearly 3,000 employees.

“The departments within my responsibility provide a wide range of financial, administrative, entertainment, recreational and general student services,” says Harris.

Harris’ career at UNM is a constellation of achievement and dedication. He served as the 20th president of UNM from Jan. 25, 2006 to May 31, 2007, during which time he sought to streamline operations across campus for greater efficiencies. Harris has been pivotal in stabilizing UNM’s short- and long-term finances, especially during a recession that seemed like it would never end.

“At a time when many institutions across the country struggled with the impact of the great recession and the substantial reductions in state appropriations, David’s creative and thoughtful approaches to creating efficiencies kept UNM on stable financial footing,” said President Chaouki Abdallah. “He has made us more entrepreneurial and nimble without compromising the University’s mission.”

Harris has made critical fiscal and operational decisions that will continue to positively serve UNM for years to come, including a consistent excellent bond rating for the University and 14 years of clean audits.

Indeed, Harris’ footprint on the University is a large one. He is proud of the transformation UNM has undergone and reflected on the many achievements of which he has been a part.

“I’ve seen UNM change dramatically over the years,” he said. “Specifically, the transition from a primarily commuter campus to a residential student-oriented campus.”

Many new facilities have been built to accomplish this objective: new on- and off-campus housing options including at the new Lobo Rainforest, the renovation of the Pit, the recent Smith Plaza and Johnson Center renovations, and many academic facilities built with UNM students in mind.

“David Harris is a gifted leader with whom I’ve had the pleasure of working alongside for a number of years,” said Abdallah. “His vision and contributions have helped to shape the University and campus that students experience today.”

David Harris will leave UNM with a legacy of innovative growth and sustainability.

“It has been a distinct pleasure to serve at New Mexico’s flagship university,” Harris said of his time at UNM. “The past 14 years have given me a continued opportunity to serve a community and state that I love.”