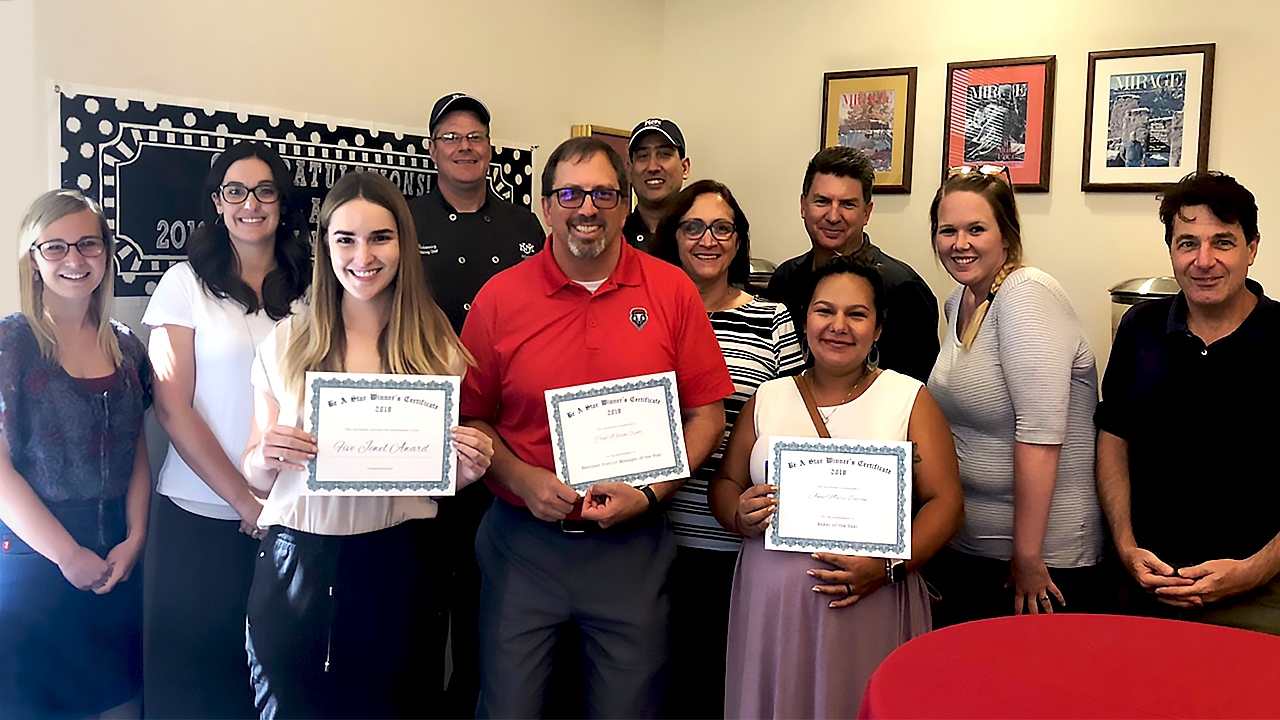 UNM Food employees honored as ‘Best in the West’

The west division of Chartwells has selected team members at UNM Food as the "Best in West." Each year, Chartwells issues top honors through their Be-A-Star program on the divisional and national levels. Top performers from 45 contracted universities were considered for awards in the west division.

Joe Fischioni, west division president, is proud to have The University of New Mexico in his portfolio.

“The West Divisional Leadership Team has been truly impressed with the sheer passion and elevated standard of the UNM Food program,” said Fischioni.

“Paul’s hands-on leadership and guidance are certainly a pinnacle standard in the West Division,” added Fischioni.

Wilson-Scott has overseen the Chartwells team at UNM for the past three and a half years. He has seen many changes occur on campus in his time here, including the major renovation to La Posada Dining Hall and conceptual changes throughout campus. He is confident that the best is yet to come.

“The most rewarding part of my job is the feeling that my actions have a positive impact on the UNM Community,” says Wilson-Scott. “I thrive on the creative process with students and departments on campus that ultimately reshape the services that we provide to the community.”

Ann Marie Duran took honors as Baker of the Year. She has been the pastry chef with catering for three-years. Duran’s client-first approach has led to a tremendous amount of loyalty and satisfaction across campus. She is famous around campus for her delicious confections and displays her creative flair whenever she can.

Be-A-Star honored the entire UNM Food team with the Five Jewel Award: Celebration of Diversity for their focus on inclusion in the workplace. The team has put an emphasis on encouraging each employee to embrace each person’s unique qualities to create a vibrant food service operation.