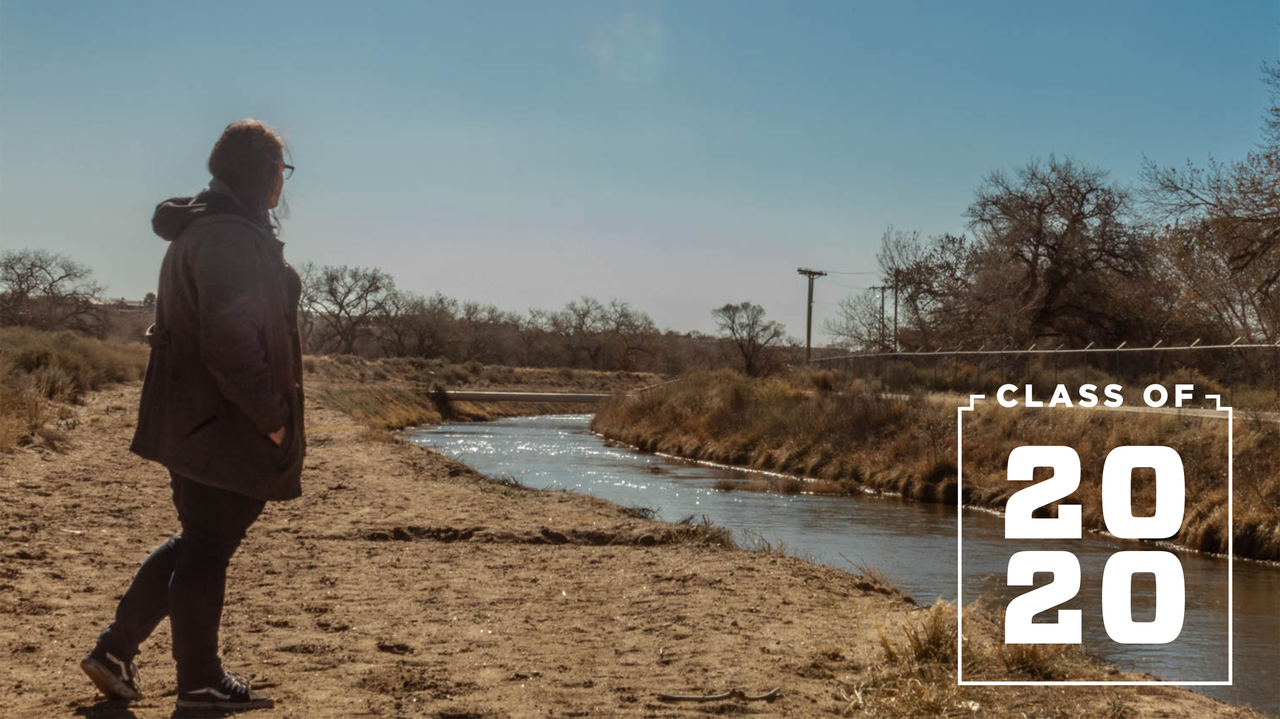 Sight with a new vision

This 2020 UNM graduate didn't waste any time pursuing her love of art after she was given a second chance. 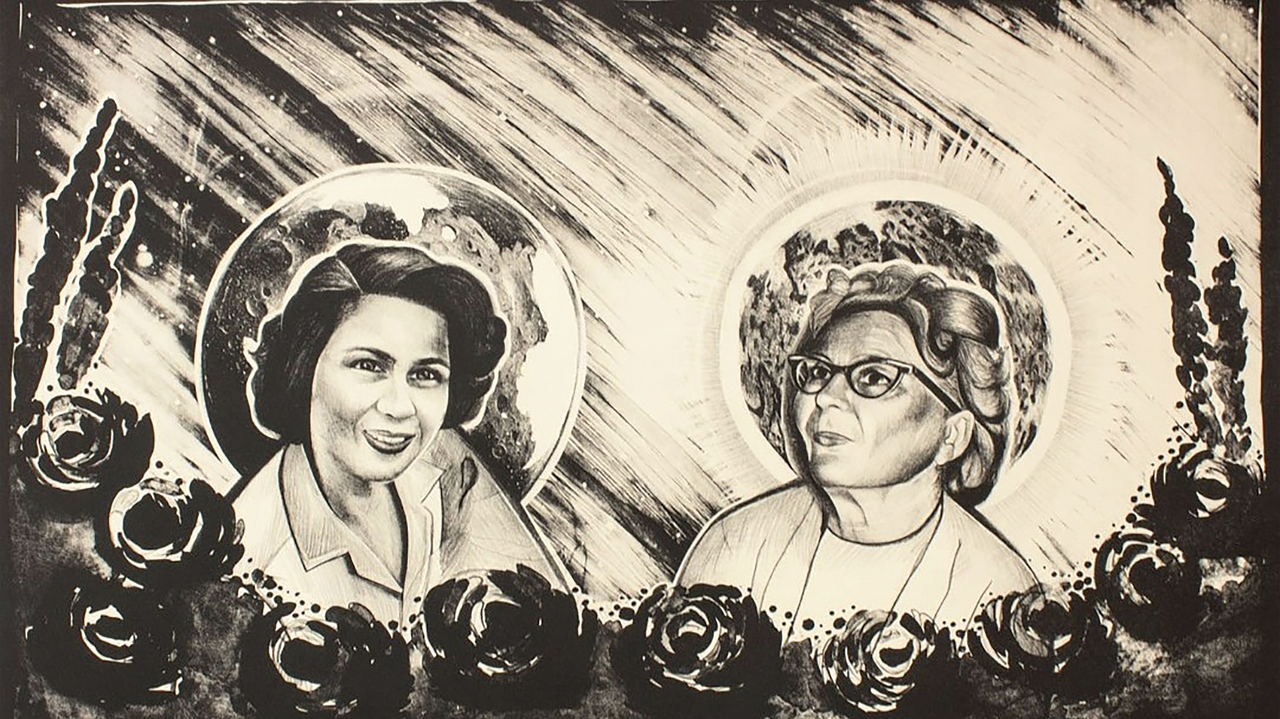 A new love of art

A one color Lithograph that Rozelle created during her first semester at UNM. The image reflects her grandmother and great grandmother. 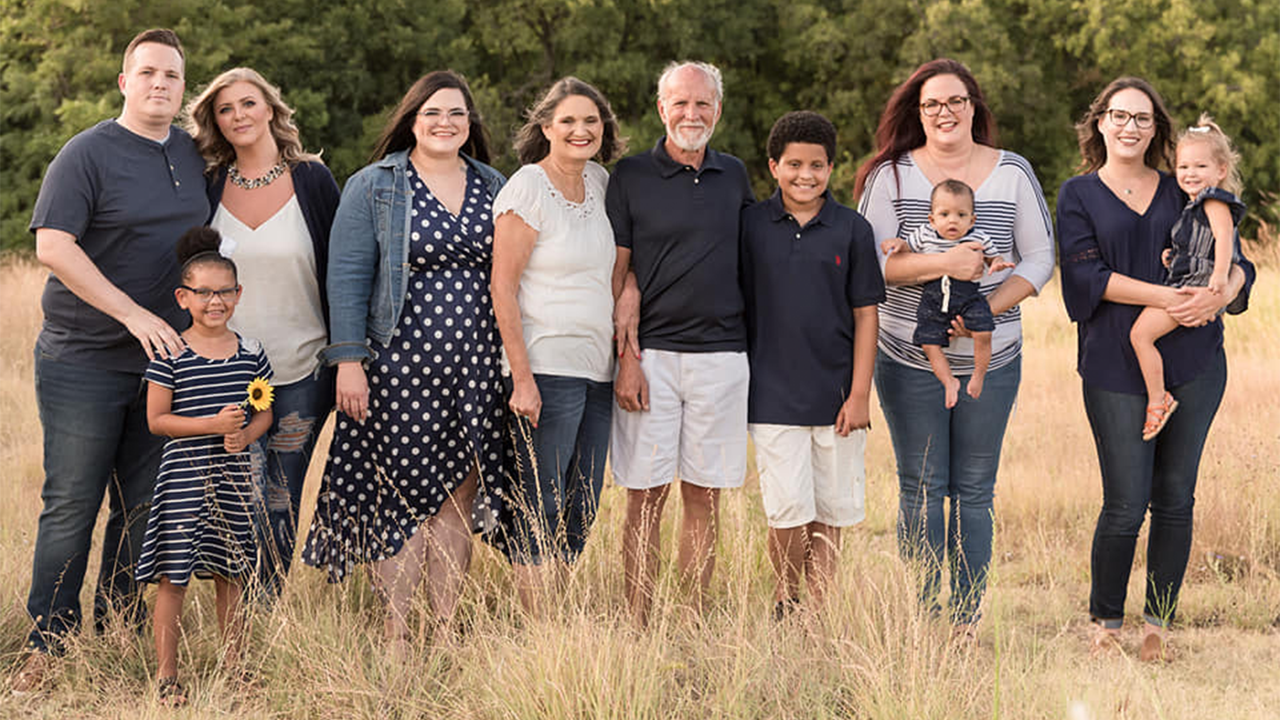 Surrounded by the kindness of others

The Rozelle family pushed Robyn to pursue her degree at UNM and dreams of becoming an artist.

She read three simple words, nothing more, “call for nurse,” but it was those three words printed on a sign that crept over her feet at the edge of her hospital bed that assured Robyn Rozelle she regained her eyesight. And in that very moment, she made a promise to follow her dreams and pursue her passion for art.

Five years later Rozelle has ingrained part of her legacy at The University of New Mexico, graduating with a bachelor’s degree in Fine Arts.

“For me, graduating was a fight, it was the resolution to a dream.” - Robyn Rozelle, UNM Graduate 2020

“My dad brought me out here and I remember walking away from orientation, he looked at me, and said, ‘This is the one.’ I knew it too,” Rozelle said. “I fell in love with the campus, the Fine Arts building and with Albuquerque.” 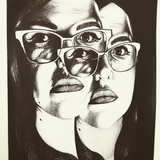 But Rozelle’s journey to arrive at her senior year began in 2015 and more than 600 miles east along I-40 in Texas.

“On Thanksgiving Day, I started to get really bad migraines, and it ended up being that I was having a brain hemorrhage that affected my optic nerve,” she said.

In just three days the then 25-year-old lost her sight. Rozelle lives with a condition called Idiopathic Intracranial Hypertension. The disorder causes high pressure in the brain. The fluid that surrounds the spinal cord and brain is called cerebrospinal fluid or CSF. If too much fluid is made or not enough is re-absorbed, the CSF can build up.

“I produce about ten times the amount of fluid I’m supposed to,” Rozelle said.

Rozelle spent weeks in a Dallas hospital without her eyesight. She said doctors had prepared her for the likely possibility that she would never see again. 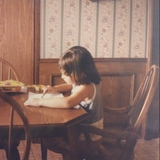 “I was in the deepest and lowest point of my life,” she said. “But as I woke up on that day, what was once complete fog, was now fuzzy shapes and almost discernable images. I had hope again and almost instantly had this realization that I had a second lease on life. I knew that everything was different, and I understood things that I fully didn’t comprehend before, the fragility of life, how short it can be and I had a fire in me to live.”

Rozelle never thought twice about higher education when she graduated from high school, but going back to school became first on a long list of goals she planned to pursue after regaining her sight. For the last two years, this dedicated Lobo has strengthened a talent in printmaking and developed a new love for lithography.

“I had never done any type of lithography before,” she said. “My community college back home, lithography wasn’t an option. So, I moved here and signed up for classes and fell madly in love with it." 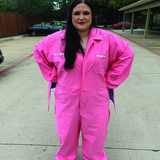 Rozelle also applied for a work-study position at the Tamarind Institute of Lithography.

At Tamarind, Rozelle soaked up every opportunity to learn, including important processes in lithography that required her to sponge stones as they printed. She says she gained a wealth of knowledge from just watching and observing the printers as they worked, while getting comfortable working with different materials.

“It was an amazing experience to work there with some of the most intelligent professionals, including a master printer,” Rozelle said.

"What is art but a way of seeing?" - Saul Bellow, Canadian-American writer

Rozelle, like so many other students across campus, grappled with the unique challenges presented in 2020; forcing graduating Lobos to finish their remaining semesters of school remotely. However, one thing remains true, each challenge was met with new ideas and a hunger to prevail. Rozelle said she plans to attend graduate school and is determined to one day become a working artist to share, through her eyes, the simplicity and beauty of the world around her.

“Throughout this journey, I’ve been surrounded by the kindness of others, and people helping me along the way,” she said. “For me, graduating was a fight, it was the resolution to a dream.”