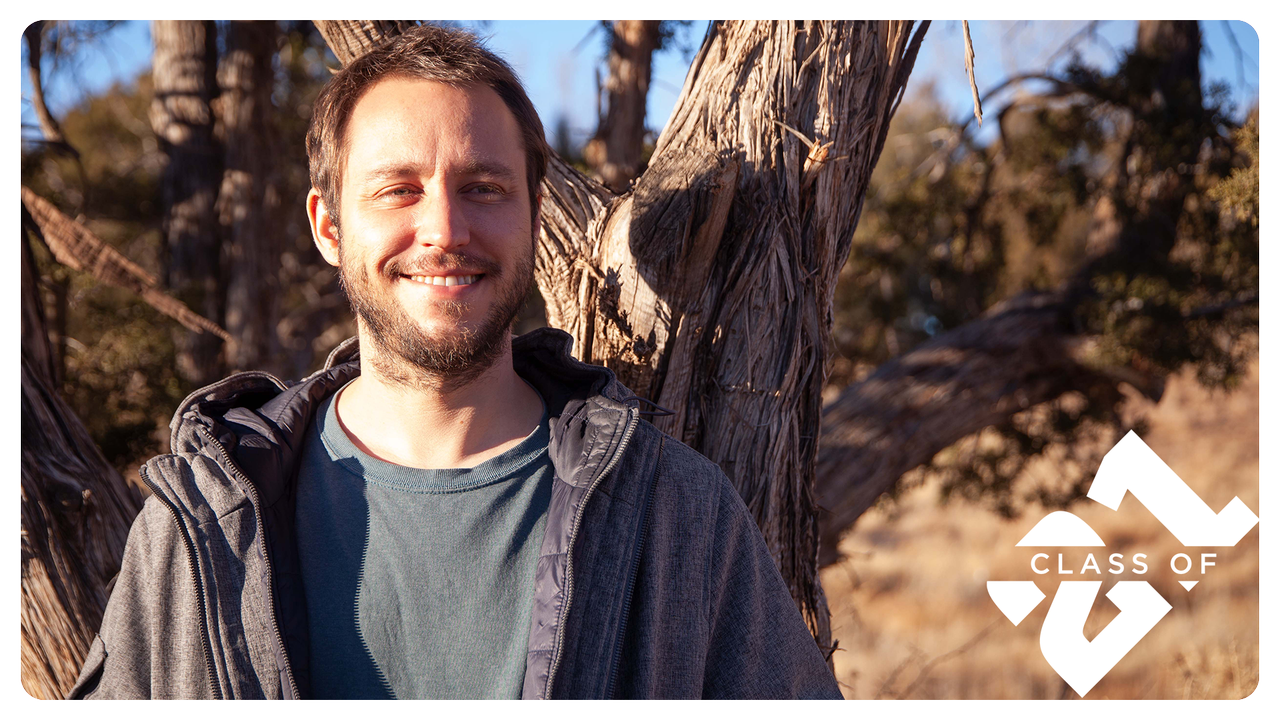 start a job as a software engineer at Amazon in February 2022. 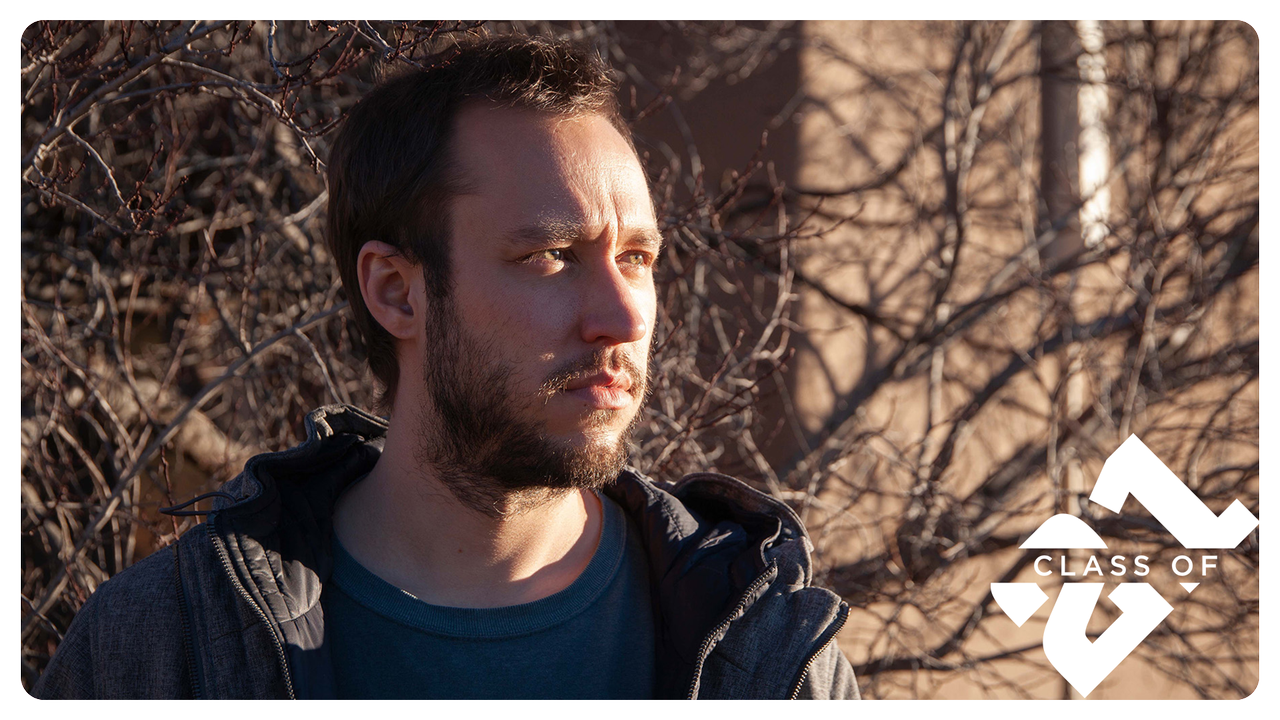 UNM part-time over the course of eight years to earn his bachelor's degree.

Students from The University of New Mexico come from all walks of life. For some, the path can be somewhat easy to navigate once on campus. For others, the challenges of life and all that brings can make that path a bit more difficult to navigate.

For Siri Khalsa, who earned a Bachelor of Science in Computer Science (BSCS) from the UNM School of Engineering with a minor in psychology, the path to graduation was unconventional, to say the least. “I went to school part-time, and it took eight years, but I got my bachelor’s degree,” said Khalsa who at 31-years of age has never taken the conventional route toward any of his goals in life.

Khalsa has always enjoyed working, which has helped to drive his educational success. He got his first job as a barista at a local café in his hometown of Espanola, N.M. when he was just 13. “I started working early in life,” said Khalsa. “I have never been shy about wanting to work. I loved it not because I was making money, but because it was fun making stuff happen. As a barista, I loved making coffee, meeting new people, making people laugh, and enjoying all the exciting life offerings.”

He entered mid-school about the same time and discovered a new world that would impact his ability to focus on school. He started experimenting with drugs, and even though he was always a good student, it affected nearly everything he did.

"The satisfaction and intrinsic value I got from work probably saved me in the end. There was an internal battle between my personal life goals and my work goals."  – Siri Khalsa

“I was always somewhat good at school, he recalled. “Growing up, I always got straight A’s. My parents instilled in me a good work ethic. It helped me. I never gave up, but I had many challenges. As I entered middle school, I entered a state of discovery. Unfortunately, Espanola has a reputation for drugs. I started to experiment. I stopped caring about school as much and my grades tanked. I gave up playing sports and started to ditch school. My priorities were changing.”

What kept Khalsa going, despite the experimentation, was work, which he credits as the one thing that may have saved him.

“The satisfaction and intrinsic value I got from work probably saved me in the end,” Khalsa said. “There was an internal battle between my personal life goals and my work goals.”

He moved onto high school and continued to struggle with some of his life choices—including not going to school and finding trouble instead. He ditched one too many days as a freshman in high school and did not receive a single credit. He transferred to Santa Fe High School with the credits of a freshman. Although he was passing all his classes, he cared even less about school.

“I knew if I stayed (in school), I would have to repeat my freshman year. I was never going to do this,” Khalsa said. “I never went to school, and I just got into trouble. But then, a fantastic opportunity humbled me. I was 15 and looking for work. I was allowed to throw away boxes for Akal Security’s IT department after high school. It was nice having a job. It also gave me the opportunity to learn about computers. I was hooked! In about a month, I was a desktop support technician. There’s something magical about understanding how to control a computer. This discovery helped dictate my future in the end.”

While Khalsa was doing a great job at work, his academics were headed in the other direction to the point of expulsion from high school. Later, he took the test for his GED.

“While I was excelling at work, I was going downhill in school and ended up getting expelled,” said Khalsa. “However, getting expelled was one of the best things that ever happened to me. I took my GED and passed immediately. I now had more time to work and ended up working full-time. I wasn’t getting paid very well, but I didn’t care, there was intrinsic value in the job. I could finally scratch that curiosity itch I had. I learned as much as I could and realized I wanted to know more.”

Still, Khalsa was facing an internal battle over work and school and wanting more out of life, which would require going to college. However, he was still experimenting and continued getting into trouble.

“I knew I wanted to be something more and I knew I wanted to learn more,” said Khalsa. “These ideas lived permanently in my head. I also had more time to experiment with drugs and I was still getting into trouble. I remember sitting there suffering from the side effects of the drugs I was doing and needed to change my life. I was turning 18 and knew I needed to go to college.”

Changes soon followed for Khalsa who quit his job and moved to Albuquerque in 2008. He had no money and could only find work at a hotel. He was not working on computers and could barely afford rent much less college. He figured he could eat Ramen and get a two-year degree from Central New Mexico Community College (CNM), which he completed in 2010. He enrolled at UNM and also started working for the UNM Cancer Center, both in 2012.

“I stopped doing drugs and started to get my life together,” said Khalsa. “Two years later I had my associate degree. In hindsight, I wish I would have started immediately on my bachelor’s degree, but it all worked out in the end.”

After earning his associate degree, he got a job at an IT help desk for sun Healthcare. Once again, he excelled and received the “Outstanding Employee of the Year Award,” but soon discovered that he needed a new challenge. “I took pride in producing high-quality work, but I found myself at a crossroads again. Work was no longer challenging, I needed more and wanted to do more. I wanted to be the first person in my family with a traditional bachelor’s degree. More importantly, I wanted to learn more and became addicted to learning.”

Khalsa still faced the challenge of paying for school and had two options – find a creative way to pay rent and go to school or acquire a bunch of debt, an option he wasn’t too excited about.

“I discovered that if I got a job at the college where I wanted to go, they would provide part-time tuition remission and applied for every job UNM posted,” he said.

He finally got a job at the UNM Comprehensive Cancer Center, which he described as the “gift of chaos.”

“I was hired as a desktop tech and I wanted high standards,” said Khalsa. “There was so much work it was chaotic. This chaos was a gift for me. It was an opportunity to learn outside of my job role. I never got bored, I soaked up everything.”

Khalsa cited a Jeff Bezos comment from a 2017 shareholder meeting that inspired him:

"A culture of high standards is protective of all the 'invisible' but crucial work that goes on in every company; it’s the work that gets done when no one is watching. In a high standards culture, doing that work well is its own reward. Once you’ve tasted high standards, there’s no going back."

“The most important thing though was that I got to go to school to pursue my interest in software engineering,” said Khalsa. “I am not a traditional student, but there are a lot of people in a position I found myself in. There was a fork in the road, and I chose to give myself a life and I take ownership of that. After I made that choice, I put a lot of work into achieving it. Many people gave me opportunities and never judged my character as a human. I am forever grateful for these people, and I am thankful for work and school. The knowledge to satisfy my curiosity and keep me entertained and learning was an endless gift. I will incorporate what I have learned and the opportunities I was given into every decision I ever make.

“More importantly, when I talk about my story, it (school) also saved my life. Spending time in the UNM community allowed me to remove myself from bad habits. These people cared about my success. Up to this point, UNM has been involved with 1/3 of my life and I am a better person because of it. This community accepted me with open arms. Once a Lobo, always a Lobo! Now time to change the world with some creative code!”

In February 2022, Khalsa will start a job as a software engineer at Amazon.