When his father was diagnosed with a degenerative disease, Montoya went to visit him in the hospital between classes at the University of New Mexico. When Montoya saw kids at his local high school needed tutoring, he stepped up to make sure they got the help they needed to succeed; and when his hometown of Magdalena faced an economic crisis, he became the youngest person to be elected mayor of the village.

After 10 demanding years of community commitment, Montoya is taking the final steps towards completing a more personal challenge: graduating college.

"You gotta keep going. Even if it's hard, even if you have issues at home, you gotta get your degree. It's your future." - Diego Montoya

“I never thought I would graduate,” Montoya said. “You just gotta keep going for it because you know it’s going to be beneficial.”

On Friday, Dec. 16th he will join the ranks of the University of New Mexico Alumni, graduating with honors and holding two degrees, one in American Studies and another in Spanish.

His story is one of moving through family loss and grief, in order to find a firmness of purpose and meaning. When Montoya was in high school, his father was diagnosed with a degenerative disease that eventually left him blind and hospitalized. In 2006, Montoya began taking classes at UNM and every day he would visit his father in the hospital in between study sessions. 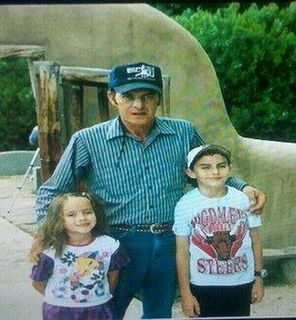 Diego Montoya's father was diagnosed with a degenerative disease that eventually left him blind and hospitalized. Here, he is pictured with his father and sister during a visit to Chimayo.

Montoya, his mother and his sister rallied around his father; but in 2008, when Montoya was a sophomore, his dad passed away.

“I didn’t want it to affect me. I wanted to keep going, but after a time it just really hit me hard,” Montoya said. “And at that point I decided to take a break.”

He returned to his hometown of Magdalena to grieve and find new inspiration. It came quickly and from an unlikely source: students at Magdalena High School. He says their perseverance in the face of hardship motivated him. Montoya took a job tutoring and soon realized giving back to his community was a positive way to channel his grief, so he started looking at other opportunities and ways to get involved. With several businesses closing, his small village was facing an economic downturn and Montoya decided local politics was his avenue to making a difference.

“I saw the town going down,” He said. “We lost our grocery store, we were losing businesses; and I saw a lot of stuff that I hoped could be changed.”

On March 10th, 2014, Montoya ran for mayor and won with two-thirds of the vote. At 25, he became the youngest person in the village’s history to take office.

“It came with a lot of challenges,” Montoya said. “Being young, people always question you and second guess you.”

So how was the young mayor able to win over his council and his town of just under 1,000 people? Montoya says communication was the key to his success.

“Listening is a big deal. Listening and having the time to sit down and listen, that will help bridge anything,” Montoya said. 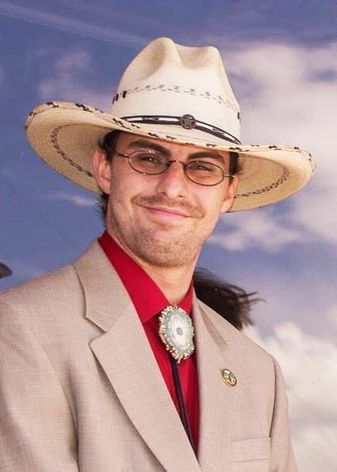 Diego Montoya became the youngest mayor of Magdalena at age 25.

Under his leadership the town received state funding for a new park, was able to clean up the village budget and received the first clean audit in more than 10 years from the State Auditor’s Office. Montoya says his time as mayor taught him how to be a good leader; but throughout his stint away from UNM, Montoya says completing his degree was never far from his mind.

After two years as mayor, Montoya decided to leave the position to finish his education. He says he remembered his father’s advice and knew returning to school was his next step.He dove into campus life at UNM, becoming a member of the Aquinas Newman Center and running for student government. Now, nearly a decade after starting his collegiate journey, Montoya is poised to fulfill his father’s dream for him.

Using his degrees, he hopes to get a job with the State Department as an ambassador. Although he is leaving UNM next week, he says the support of the campus and its community are leaving him with memories not soon forgotten; and he will cherish the place he can now call his alma mater.