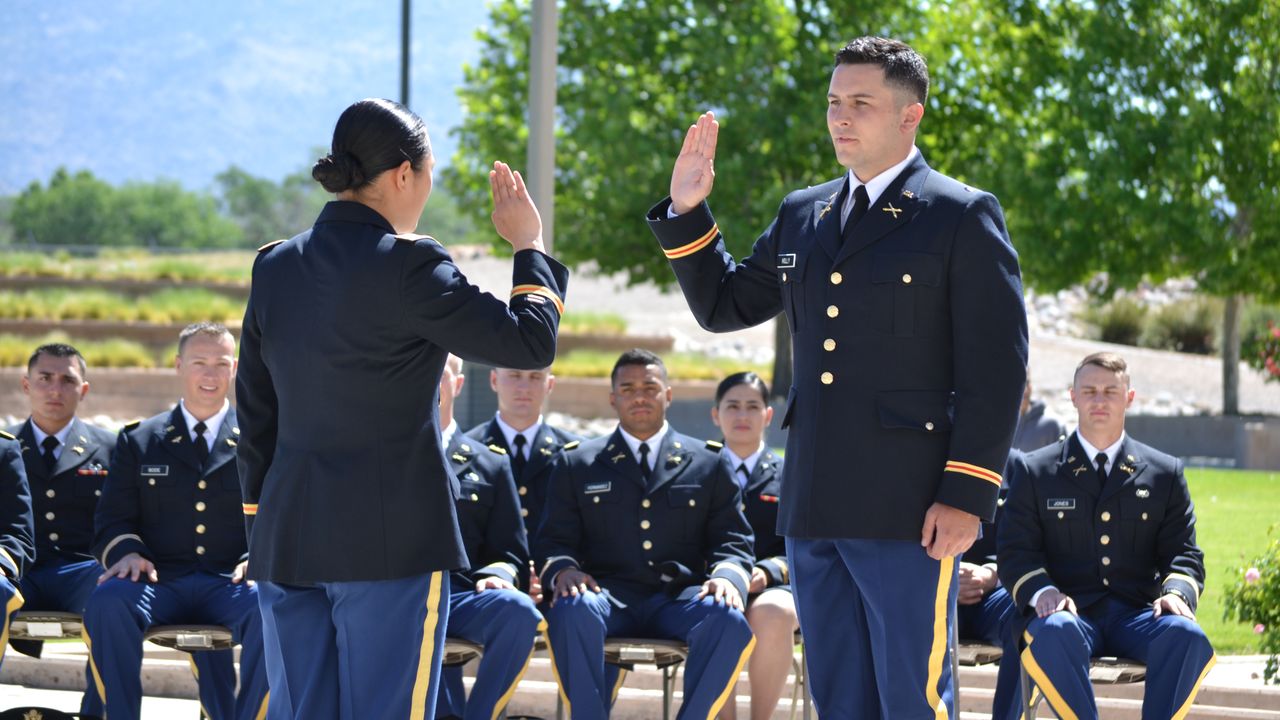 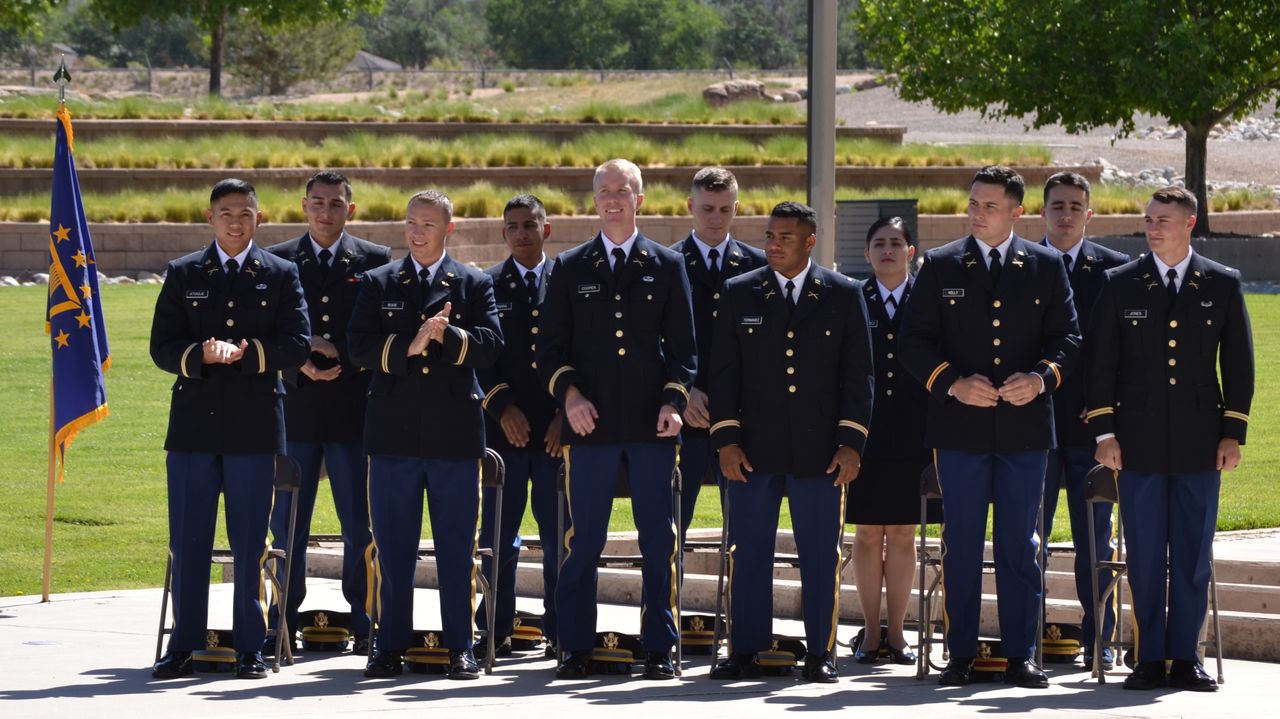 Eleven University of New Mexico Army ROTC cadets were commissioned as second lieutenants in the United States Army at a ceremony at the New Mexico Veteran’s Memorial.

Family and friends watched and participated by pinning these students as they marked the culminations of their college careers at UNM.

Lt. Col. Alissa McKaig, professor of military science at UNM, addressed the first class under her leadership at UNM and told them that she made good on her promise to ensure none of them would be commissioned before they were ready to become servants of our nation.

McKaig has a personal interest in their success.

“I have a 20 year-old stepson, Chase, who is currently serving as an infantry private in the 82nd Airborne and some of you may have an impact on his life,” she said. “You may lead him into combat and contribute to his success or failure on the combat field.”

McKaig’s address was followed by the keynote address by UNM alumus Brig. Gen. Kenneth A. Nava who enlisted in the New Mexico National Guard after graduation from the University.

“This culminates a major objective in your life,” Nava said. “You all epitomize what’s best about our country by having the courage, drive, and desire to do what you’ve done.”

One of the eleven cadets being commissioned today was 2nd Lt. Ruben Holly, from the East Coast town of Winchendon, MA.  Holly’s parents met in the Army and generations of family members served before him, however, he was the first in his family to accomplish one particular thing.

“I was the first in my family to be commissioned as a second lieutenant active duty,” he said. “I am proud of what I have accomplished.”

Holly moved to New Mexico to attend UNM when he turned 18 and has enjoyed his time here.

“I will look fondly on my time at UNM,” said Holly. “There is a definitely a sense of community here which made my transition from the East Coast easier.”

The UNM Army ROTC partners with the University to recruit, educate, develop and commission 2nd lieutenants for the United States Army by training Scholar-Athlete-Leaders to become leaders.

For more information about the UNM Army ROTC, visit their website.