The University of New Mexico honored Mauricio Ibarra Ponce de León recently with his reassignment from his post as Mexican Consul in Albuquerque to a position in Mexico City.

Ibarra was appointed Consul of Mexico in Albuquerque in January of 2011. Over his few short years in New Mexico, he has worked closely and successfully with UNM on a broad spectrum of issues and initiatives.

“Consul Ibarra is a great friend and partner to the University of New Mexico. We appreciate all he does for UNM and our students,” he said. The scholarship amount last year was raised from $50,000 to $70,000. “These additional funds make it possible for more students to earn an education,” he said.

Ibarra said, “UNM welcomes Mexican nationals – with or without papers. Our people are our greatest asset. What the U.S. sees in our students, they begin to see and understand Mexico. I tell that to Mexican students. They are representing Mexico. When they are professionals seeking to improve themselves, they reflect on our country.”

He recently met with some DREAMers, individuals striving for access to citizenship for certain undocumented immigrants. Ibarra said, “They went to Mexico and found out about the opportunities they have there!”

Office in Mexico City
U.S. Embassy officials encouraged UNM to establish an office in Mexico City when UNM officials visited there in May of 2013. In March of last year, UNM announced that it was poised to open it. Mary Anne Saunders, special assistant to the president on global initiatives, said, “The visits confirmed the existence of many opportunities in both trade and education in Mexico.” The office is now up and running, sharing space with the City of Albuquerque and the State of New Mexico.

Mexicans come to study English at UNM
Last year, UNM hosted 96 Mexican students and faculty who came to study English at the UNM Center for English Language & American Culture (CELAC). At a reception for the students Ibarra said, “These Mexican students are the first generation of the 'Proyecta 100,000' program and they are ambassadors for the promotion of deeper understanding between Mexicans and New Mexicans. This is an exciting opportunity to create more extensive knowledge networks between Mexico and the U.S.”

Culture
“New Mexico and Mexico have more in common than enchiladas and posole. We have worked with the UNM College of Fine Arts to showcase concerts, movies and other performances that demonstrate our shared culture and heritage,” Ibarra said.

Health and Law
Ibarra has supported the UNM Health Sciences Center initiatives to provide health care within the Mexican consulate. He’s also actively encouraged Mexican diplomats to take advantage of a program at the UNM School of Law that allows them to learn about U.S. law. “The U.S. relationship is the most important for Mexicans in the world. For diplomats, it is especially important for them to understand U.S. law to aid Mexicans who are in the United States,” he said.

Ibarra’s new assignment
Ibarra is being reassigned to a post in Mexico City where he will be dealing with U.S./Mexico border issues through education, entrepreneurship, trade and culture components. “I will be making networks with people from both countries,” he said.

He will continue to be a friend to UNM, from the other side of the border. 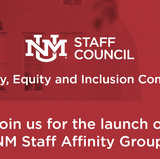