For students from New Mexico who are interested in a career in Math, Science, Technology or Engineering, an undergraduate research experience can make all the difference in having a successful career.

On Friday, Aug. 11, approximately 25 students from three research programs at The University of New Mexico, which are funded by the National Institutes of Health, present their research as part of the 2017 Annual Summer Biomedical Research Symposium. The theme for this year’s symposium is ‘Diversity in Interdisciplinary Research: Today’s Problem Solvers, Tomorrow’s Leaders’.  The symposium will be held from 8 a.m. to 4:30 p.m. in the Science and Math Learning Center (SMLC, Building 14) on the main campus.

Student presentations include research in the areas of neuroscience, chemical and biological engineering, immunology, microbiology, biochemistry, genomics and other areas of biomedical research. Also, for the first time, students from the Southern Western Indian Polytechnic Institute (SIPI) will be attending the symposium and the SIPI award-winning team will give a “Swarmathon” demonstration using the swarmies that helped them win 3rd prize at the 2016 NASA competition under the direction of Dr. Nader Vadiee. 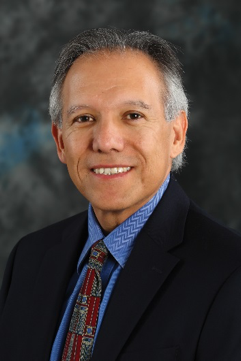 This year’s symposium includes keynote speaker Dr. Juan C. Meza, who will speak at 3:15 p.m. in SMLC 102. The title of his talk is, ‘How Mathematics and Computer Sciences Are Helping to Save the World’. Meza is the Dean of the School of Natural Sciences at the University of California, Merced, where he is also a Professor of Applied Mathematics.

Prior to joining UC Merced, Meza served as Department Head and Senior Scientist for High Performance Computing Research at Lawrence Berkeley National Laboratory where he led numerous research programs in computational science and mathematics. Further, he has a New Mexico connection in that he was a Distinguished Member of the Technical Staff at Sandia National Laboratories where he served as the manager of the Computational Sciences and Mathematics Research department before joining the Berkeley Lab.

Meza’s work has garnered much recognition and praise. In 2013, he was awarded the Rice University Outstanding Engineering Alumni Award. That same year, he was named to Hispanic Business Magazine’s Top 100 Influentials in the area of science. Meza has been elected a Fellow of the AAAS and was the 2008 recipient of the Blackwell-Tapia Prize in Mathematical Sciences and the SACNAS Distinguished Scientist Award. He was also a member of the team that won the 2008 ACM Gordon Bell Award for Algorithm Innovation.

This year, the annual symposium is sponsored by the following NIH-funded UNM Programs: The Initiative for Maximizing Student Development (IMSD), the Post-Baccalaureate Research and Education Program (PREP) and the Maximizing Access to Research Careers (MARC) Program. These programs provide research opportunities and mentoring to over 40 UNM undergraduates and graduates each year and prepare students for admission to Ph.D. programs and research careers. The UNM Department of Biology provided additional symposium support. 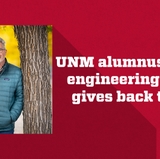