'Rainforest 2' looks to the future
By Cara Michaeliszyn October 22, 2015
Categories: Inside UNM STC.UNM

The summit features UNM President Robert Frank and several special guests, including representatives from local and state government who will discuss their views on the role of research universities and the future of the state’s economic development.

One of the authors of “The Rainforest: The Secret to Building the Next Silicon Valley,” Gregg Horowitt, will be the keynote luncheon speaker. Horowitt, an experienced entrepreneur and investor, is the co-creator of the rainforest concept, which explains how innovation ecosystems work and how to grow them.

It has been three years since the first UNM Economic Development Summit in September 2012. Since then, UNM has been an active partner in revitalizing the local economy and substantial progress has been made.

Only a concept three years ago, Innovate ABQ is now a thriving collaboration with city, county, business, and education partners. Its site at Broadway and Central is being developed by a national/local partnership and thinking about ways to expand the concept statewide.

STC.UNM has led economic development efforts at UNM during that time gathering input and taking action through external and internal advisory groups, and the STC.UNM Board of Directors.

At the 2012 Summit, the “rainforest” approach was considered as a new way for UNM and the community to spur economic growth by creating a concentrated entrepreneurial environment. Now is the time to reflect on what has worked for UNM, and plan for what should happen next.

For more information and to register, visit: Rainforest 2.

Innovate ABQ moves toward selecting a developer for entrepreneurial hub

Building applications for your smart phone in class

Innovation Academy to provide students opportunities to create their future 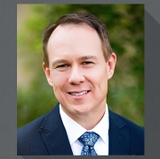