"GCE winners are expanding the pipeline of ideas for serious global health and development challenges where creative thinking is most urgently needed. These grants are meant to spur on new discoveries that could ultimately save millions of lives," said Chris Wilson, director of Global Health Discovery at the Bill & Melinda Gates Foundation.

To receive funding, Hauswald and other Grand Challenges Explorations Round 6 winners demonstrated in a two-page online application a bold idea in one of five critical global heath and development topic areas: polio eradication, HIV, sanitation and family health technologies, and mobile health. Applications for the current open round, Grand Challenges Explorations Round 7, will be accepted through May 19, 2011.

Hauswald, Wachter and Kerr have developed inexpensive devices that decrease blood flow to the pelvic organs. These devices can be made on site in the developing world and have the potential to save some of the estimated 150,000 women who bleed to death every year after delivery. They are conducting their study in Nepal because one in every 31 women there dies from a pregnancy complication. About half of them bleed to death.

Grand Challenges Explorations is a US $100 million initiative funded by the Bill & Melinda Gates Foundation. Launched in 2008, Grand Challenge Explorations grants have already been awarded to nearly 500 researchers from more than 40 countries. The grant program is open to anyone from any discipline and from any organization. The initiative uses an agile, accelerated grant-making process with short two-page online applications and no preliminary data required. Initial grants of $100,000 are awarded two times a year. Successful projects have the opportunity to receive a follow-on grant of up to $1 million.
Tags: homepage UNM Health Sciences Center 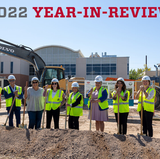