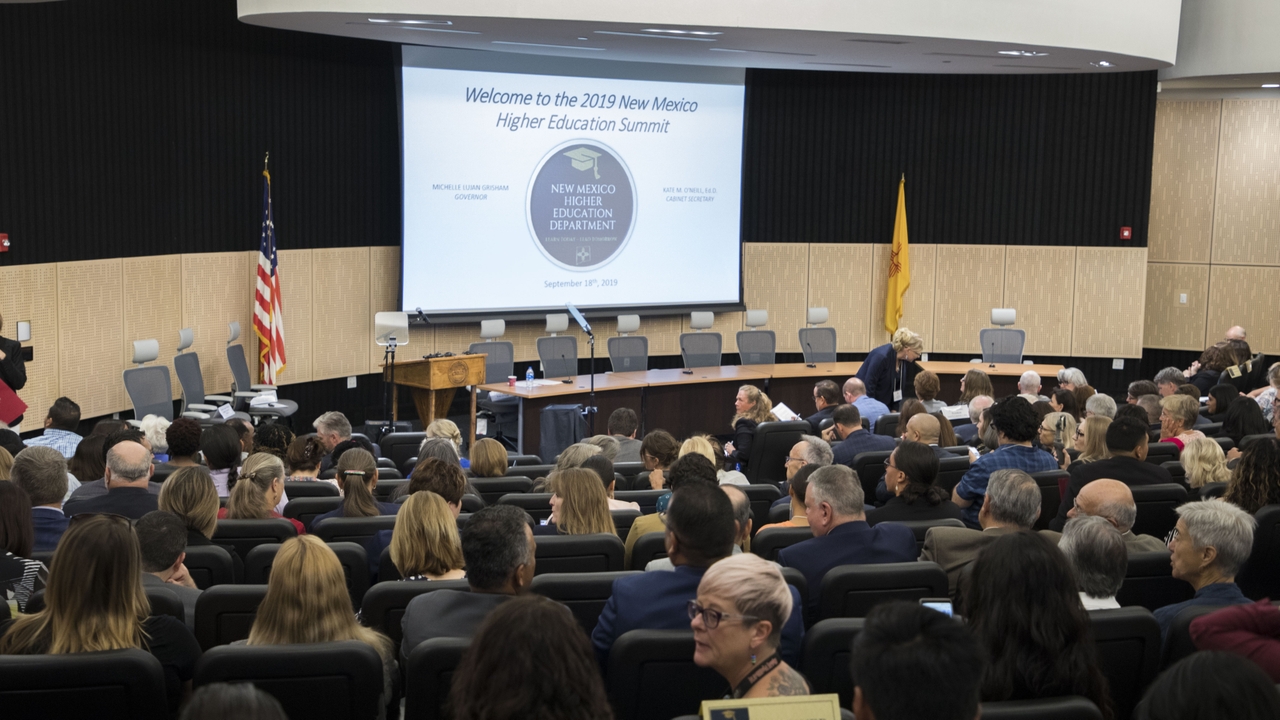 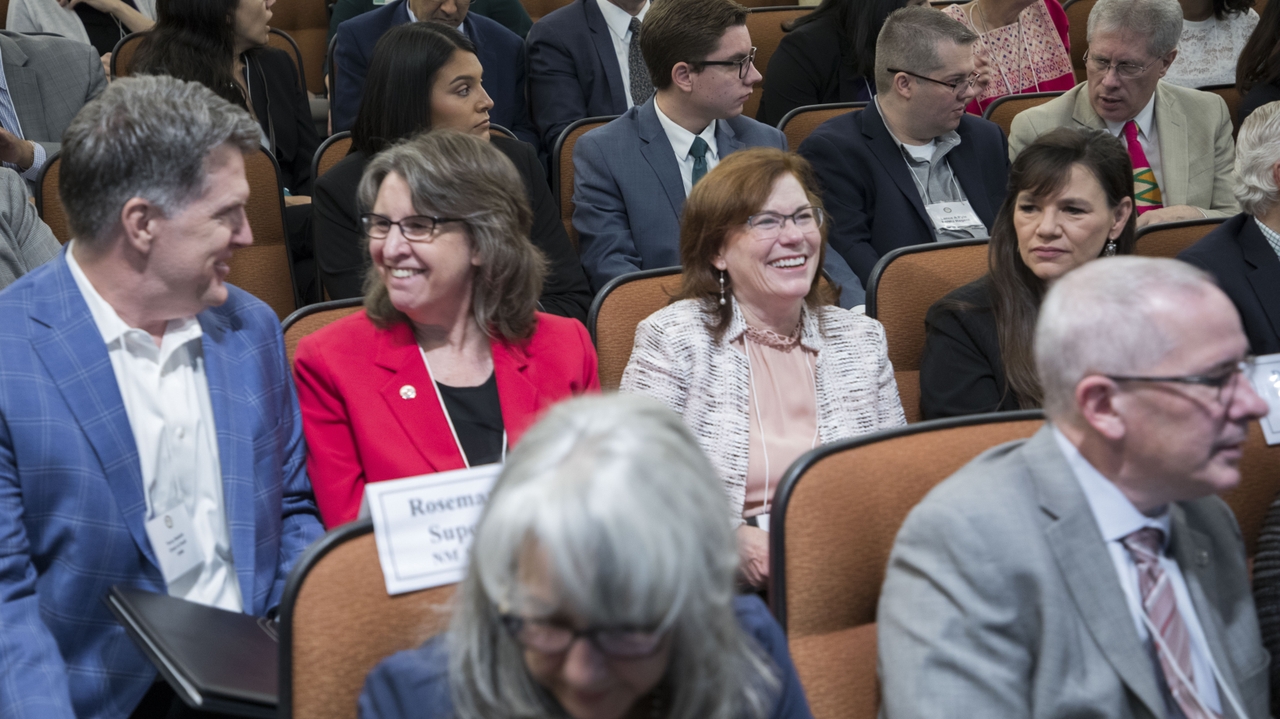 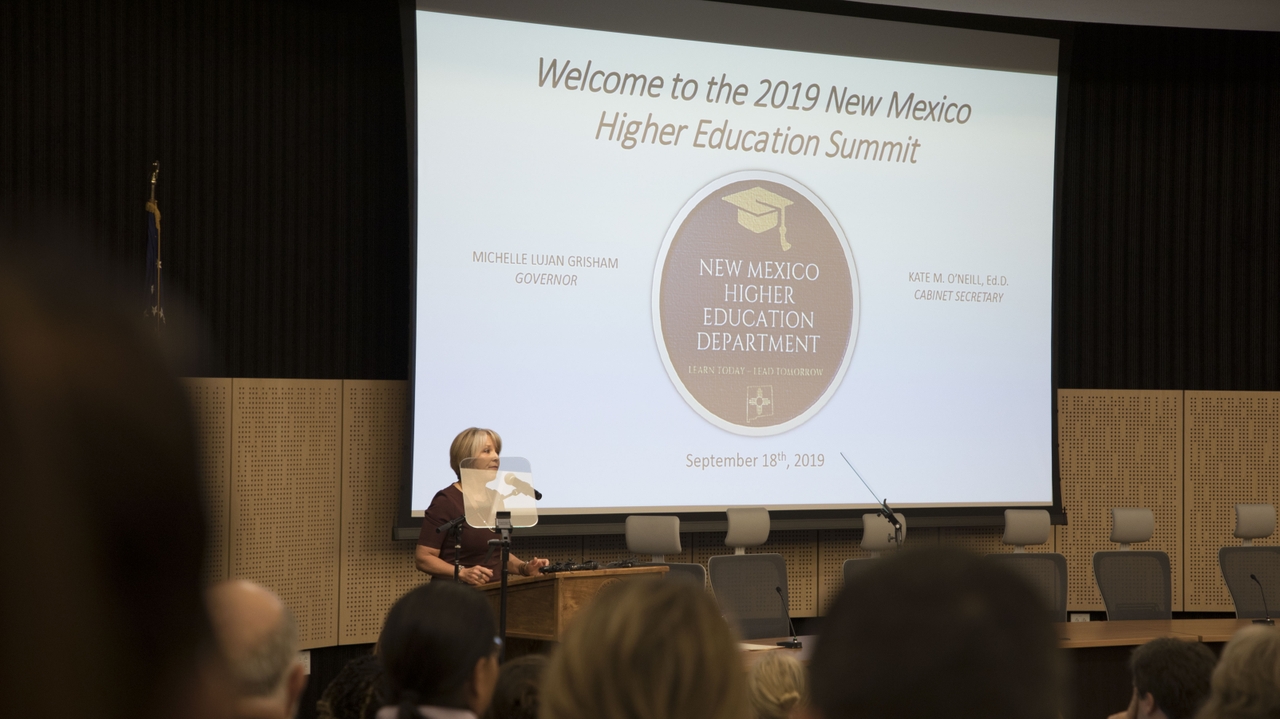 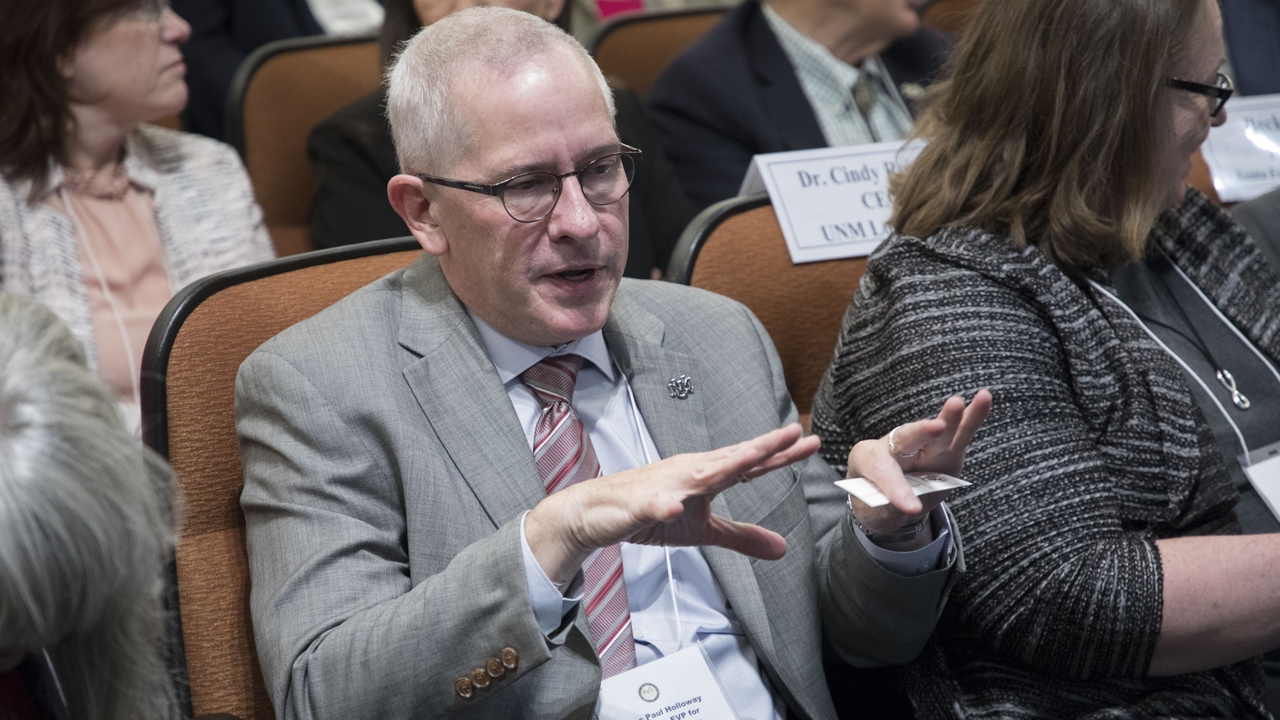 Leadership from The University of New Mexico joined others from around the state at the 2019 NM Higher Education Summit, hosted by CNM.

President Garnett S. Stokes was there along with all the UNM branch campus chancellors. Leadership that have joined UNM in the last few months also attended– including Provost James Holloway, Senior Vice President for Finance and Administration Teresa Costantinidis, Vice President for Equity and Inclusion Assata Zerai and Vice President of Enrollment Management Dan Garcia. They were not only able to learn more about the higher education landscape in New Mexico, but also to connect with other educational administrators from around the state.

The summit looked at the current state of New Mexico high education with a presentation on current statistics by Peter Winograd, Professor Emeritus of the UNM College of Education. He outlined the changing landscape of education and challenges facing students – issues like crime and food insecurity. There was also a panel discussion on future directions of higher ed in New Mexico.

A highlight of the summit was an announcement from the governor during her keynote address.

Governor Michelle Lujan Grisham wants to provide tuition-free college for all New Mexicans. She announced her proposal at the 2019 New Mexico Higher Education Summit held at CNM – saying she wants to see all higher ed institutions in the state moving towards the same goal.

“We are truly going to reimagine what New Mexico’s institutions of higher learning can do.” –Governor Michelle Lujan Grisham

The proposed New Mexico Opportunity Scholarship would be used to fund portions of tuition and fees not paid for by state or federal options – including the New Mexico Lottery Scholarship. According to the governor’s office, the new program has the potential to impact 55,000 students, from high school graduates to non-traditional adult scholars, regardless of family income.

“Gov. Lujan Grisham’s announcement this morning prioritizing higher education for New Mexico students offers an inspiring vision for a better New Mexico,” said UNM President Garnett S. Stokes. “We are very supportive of her focus on affordability and access for our students.”

If implemented, the Opportunity Scholarship would make New Mexico the second state in the nation to provide tuition-free college to its residents. It would also become the 21st state to provide full two-year tuition coverage at community colleges. The aim of the program is to increase enrollment across the state’s 4- and 2-year higher education institutions while improving access to underserved communities.

The governor said she wants to see more support for dual credit and certification courses for high-school students, as well as those who decide to pursue a college education.

In order for students to be eligible for the Opportunity Scholarship, in-state residents must hold a high school diploma or high school equivalency with a maintained minimum GPA. Students can also apply for the scholarship after enrolling in a public, post-secondary school and use it to cover tuition and fee costs for the first semester of college, before the Lottery Scholarship takes effect.