Suzanne Schadl, curator of Latin American Programs and Regents' Lecturer in the College of University Libraries and Learning Sciences said, "I am excited to have such gifted students from multiple disciplines including music, Spanish and Portuguese, American Studies, Latin American Studies and educational linguistics working on projects that draw from their expertise.

"My hope is that through their perspectives, rather than that of the librarian, we can catalog, digitize and draw attention to resources that other scholars in their fields can use in their own work. We spend a lot of time in librarianship working on what we call discoverability  -- it a real treat to work on it with experts in fields outside of the library." 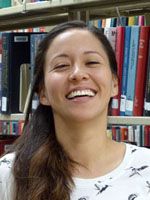 Maria Lopez is a doctoral student in the American Studies program and will be the Latin/Latino Fellow. This position is supported by CRS. Lopez will be working with Suzanne Schadl, curator of Latin American Collections on specialized collection development and outreach and instruction in Chicano and American studies.She will help document New Mexico community responses to "Getting Up Pa’l Pueblo:Tagging ASAR-Oaxaca Prints and Stencils" a project currently underway at the National Hispanic Cultural Center. This interactive exhibit, funded by the New Mexico Humanities Council, is designed to encourage and document community participation with special collections.Lopez worked on the recent changes to the Chicano Studies Research Guide and she will finalize the digitization of the Dana Evans Mexican filmmaker’s documentary project. 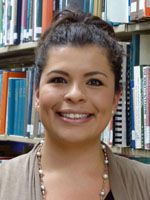 Estefania Cuevas Wilcox, a master’s degree student in music, is the new Latin American Music Collections Fellow and is funded by CRS. She will be working with Amy Jackson, Samuel Sisneros and Schadl to organize, describe and write an online finding guide for a recent acquisition of Latin American sheet music.This collection includes 945 pieces representing Latin American music from the 19th and early 20th centuries, a type of music brought into NM by immigrant families.Traces of this style can be found in the JD Robb collections as well as the Zarzuela collection. This project addresses an important need for building on already strong collections and promoting them through creative outreach at UNM and beyond. 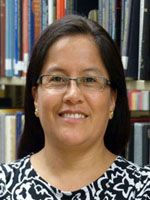 Feliza Monta Collaguazo is a doctoral student in Educational Linguistics.She will work with Samuel Sisneros and Schadl on the digitization of the Paul Van de Velde Handwritten 18th and 19th Century Oaxacan Manuscripts. Her work continues that of Christopher Vigil, who began this project and is responsible for what is currently available In the Van de Velde Digital Collection. With funding from the Center for Research Libraries' Latin American Microform Project (LAMP), Collaguazo will continue to facilitate digital access to these essential pieces of one of the core Latin American collections.These collections are also important to the historical and cultural record in the state of Oaxaca. Of special interest in the work Collaguazo will undertake is a bound register of Afro-Mexican baptisms, burials, circulars, events and marriages in the Parrish of Amapa from 1769 to 1832. 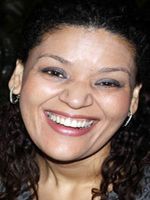 Viviane de Faria is a master’s student in a dual program in Spanish and Portuguese. She has worked through the summer on two separate exhibit projects. She is currently working with Schadl to identify circulating and special collections materials for an exhibition scheduled to appear in the west wing during October as part of the American Portuguese Studies Association (APSA) conference, being hosted at UNM. The display pieces will highlight a long history of Brazilian literary and Latin American visual preeminence in UNM collections. De Faria and Schadl are also consulting with the director of the museums at the National Hispanic Cultural Center on the "Afro-Brazil: Art and Identity" exhibit going up in December. The following items from the College of University Libraries and Learning Sciences special collections will make an appearance in the exhibition “Brazilian Cartoneras (painted Brazilian street literature), Cord Literature (Chapbooks) and Posters.” 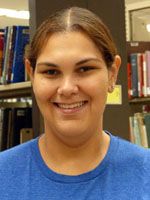 Neoshia Roemer is a master’s student in Latin American Studies working toward her J.D. She joins Inter-American Studies as a Latin American and Iberian Institute Fellow funded through the US Department of Education’s Title VI program. Roemeris will be working with Wendy Pedersen and Schadl on specialized collection development and outreach for Latin American studies. She is currently helping to revamp the Latin American Studies Research Guides, which are a complex because of the inter-disciplinary nature of this field as well as depth and breadth of the resources offered to scholars researching Latin America.

UNM has one of the largest Spanish and Portuguese library collections in the United States. In addition to providing ample circulating materials within these foci, the program works with the Center for Southwest Research (CSWR) to grow and promote substantial compilations of silkscreen and photo-offset posters, engravings, lithographs, block prints, photographs and other creative graphic works such as cordel and cartonera literature.

The program’s “uncommons” space -- the Herzstein Latin American Reading Room (HLARR) -- includes an exhibit gallery, and a conference room surrounding Zimmerman Library’s second floor stairwell. It is home to a large collection of Spanish and Portuguese graphic novels, which highlight an established emphasis in the UNM libraries on Latin American visual arts and Spanish-Language and Portuguese-Language literature. Please direct any questions about these collections or service to Suzanne M. Schadl schadl@unm.edu

Skulls and Sickles: The Visual Rhetoric of Death in ASARO's Woodblock Prints