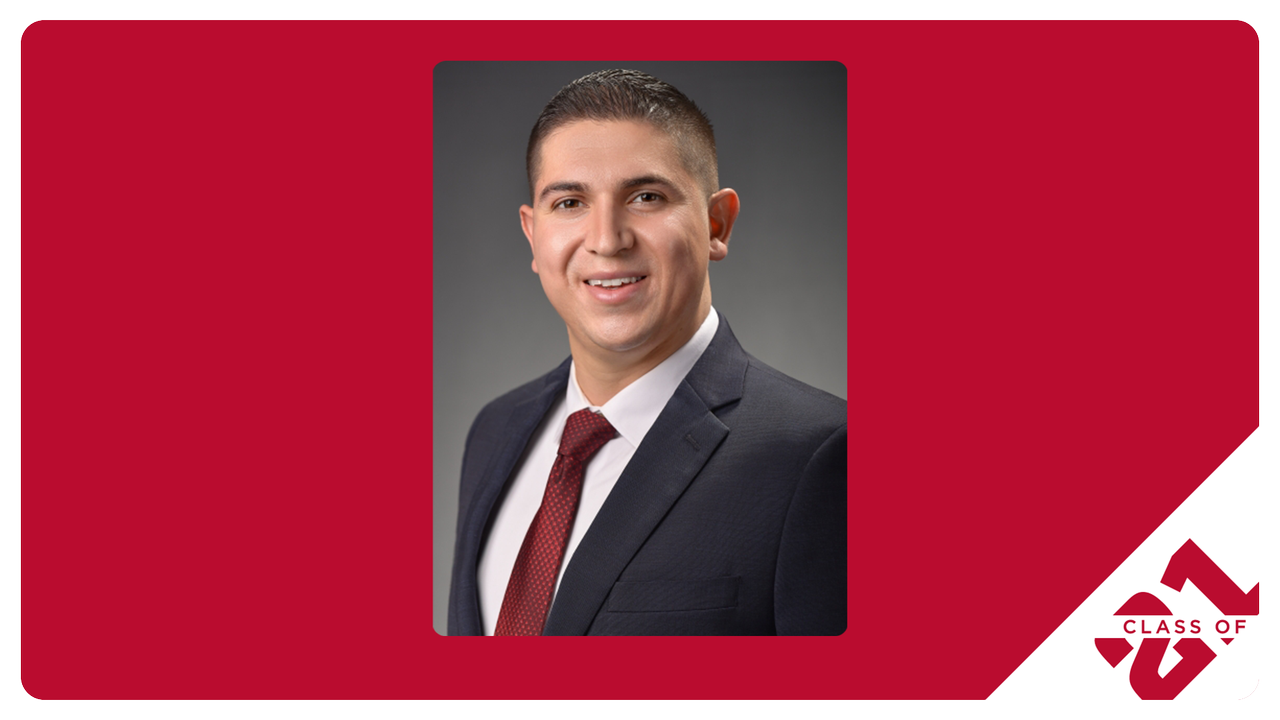 Prieto grew up in Janos, a small border town in Chihuahua, Mexico. But when he was 14 his parents decided the future for their children would be brighter in the United States and they arranged for him and his 19-year-old sister to immigrate to Las Cruces.

“They wanted us to have more opportunities and to get away from the threats of violence,” he says of the decision.

For Prieto, who spoke no English, it led to a difficult time.

“It was a different world,” he remembers. “The most challenging part was learning the language while trying to get into school. I thought so many times of how I wanted to go back to Mexico, and I missed my family. I hadn’t found my place here yet.”

It was good life lesson, Prieto says. “My sister did a great job, but I also had to learn how to take care of myself, learn how to cook, do the laundry and get the bus to school. And then, I began to meet people who were very supportive and great mentors for getting into college.”

“When I look back, I am glad I learned how to work hard. It wasn’t easy, but I saw how it paid off in being able to go to college, get a good scholarship and get into medical school. I saw early in life that working hard and not giving up, that learning from mistakes and experiences is only going to help you in the future.” – Fermin Prieto

Prieto was good in math and science and his high school mentors encouraged him to go to college. He received a Daniels Fund scholarship to enroll at the University of Arizona to study biomedical engineering.

As the first one in his family to go to college, he says, “I had no idea what engineering was or what medicine was, but I thought medicine was fascinating.”

Prieto remembers the day in college when he decided to go to medical school rather than follow a career in engineering.

He was participating in a project to create an iPad application to help with patient flow and was assigned to shadow an orthopedic surgeon during his clinic.

“People always say you have those ‘aha!’ moments, but I never believed them. It is kind of fascinating when you can remember those moments when your mentality changes,” Prieto says.

“I remember distinctly, as an outsider, watching the patient-physician interaction and I just fell in love with that aspect. I really liked how orthopedics and science overlapped and I suddenly saw that going to medical school would be a good path for me.”

Now, as he graduates from the UNM School of Medicine, Prieto is going to the University of Washington for his orthopedics residency, but he plans to return to New Mexico.

“We do a clinical experience the first year in medical school and I got to spend a couple of weeks with an orthopedic surgeon in Roswell during mine,” he says. “I really enjoyed what he did, as well as that small-town vibe.”

Looking back, he believes being independent so early was a hidden blessing.

“When I look back, I am glad I learned how to work hard,” Prieto says. “It wasn’t easy, but I saw how it paid off in being able to go to college, get a good scholarship and get into medical school. I saw early in life that working hard and not giving up, that learning from mistakes and experiences is only going to help you in the future.”