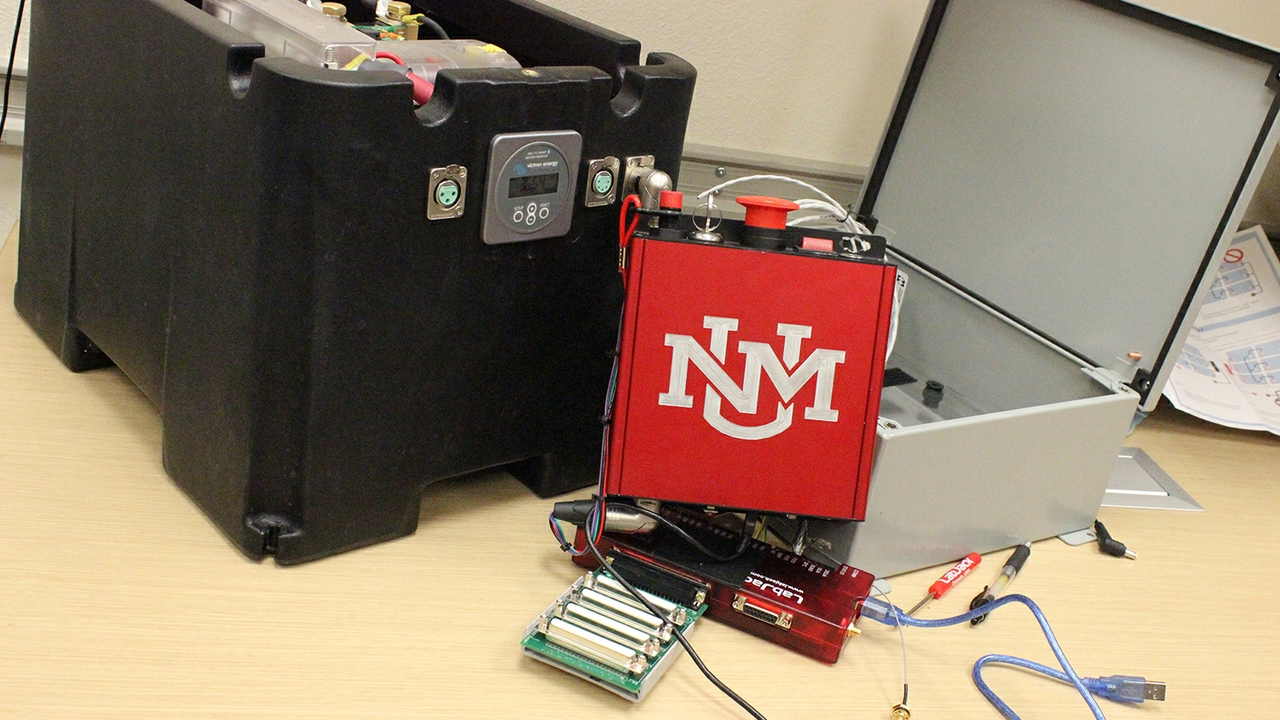 For the third year in a row, The University of New Mexico will have a team competing in the national Solar Splash solar boat competition June 5-9 in Springfield, Ohio. 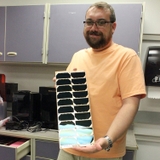 UNM’s team, made up of students from the departments of Mechanical Engineering as well as Electrical and Computer Engineering, is ready to compete. They are feeling more prepared than in years past, having learned a lot from previous challenges, said Cameron Pouncey, team lead from electrical and computer engineering and a Ph.D. student in the department.

“We have a large team but the collaboration has gone well, and we’ve been able to leverage the support of various team members who have lot of professional experience in industry,” said Pouncey, who has worked with the Department of Defense and plans to continue that after he earns his Ph.D.

For the second year now, the team’s boat is using photovoltaic cells purchased at a substantial discount from SolAero Technologies of Albuquerque. The space-grade cells are highly efficient — their efficiency is more than 29 percent vs. around 18 percent efficiency of conventional cells — but as the team found out last year, the powerful cells can be difficult to work with and will crack easily for those not familiar with handling the material.

Last year, due to some faulty deck material coating the team put on the cells, the cells cracked in the sun, forcing the team to quickly and creatively repair the damaged array, just days before they were to set off for Ohio. Despite these challenges, the UNM team still won the Outstanding Solar System Design Award at the competition last year.

The team chose the advanced cells again this year for their power and efficiency, knowing that they are fragile and can be frustrating to assemble into an array without shattering, but Pouncey and the team tackled this task early on, assembling the array and soldering the circuits together weeks in advance.

“We knew it was a challenge and just factored that in,” he said.

The rules of Solar Splash allow teams that assemble their own solar panels to have more power than those who purchase their panels pre-assembled. For self-assembly teams, the limit is 528 watts.

By early May, the completed arrays were neatly stacked and protected in a drawer in the electrical engineering lab, ready to be attached onto the metal backing, sprayed with protective coating and affixed to the boat for testing.

Having a big challenge out of the way early left time to work on some new features on the boat, including an automatic solar tracker, a telemetry system, a cooling system and an automatic pilot “cruise control,” all of which are designed to work together to automatically monitor battery performance, efficiency, temperature, and power and deliver a more consistent power supply for the boat in the various competitions. The telemetry system will wirelessly link to a computer on shore to deliver real-time data.

This year’s boat uses the previous Gheenoe hull, but the drivetrain was completely overhauled. The team also opted for a dual-motor setup that has three times the power of last year’s.