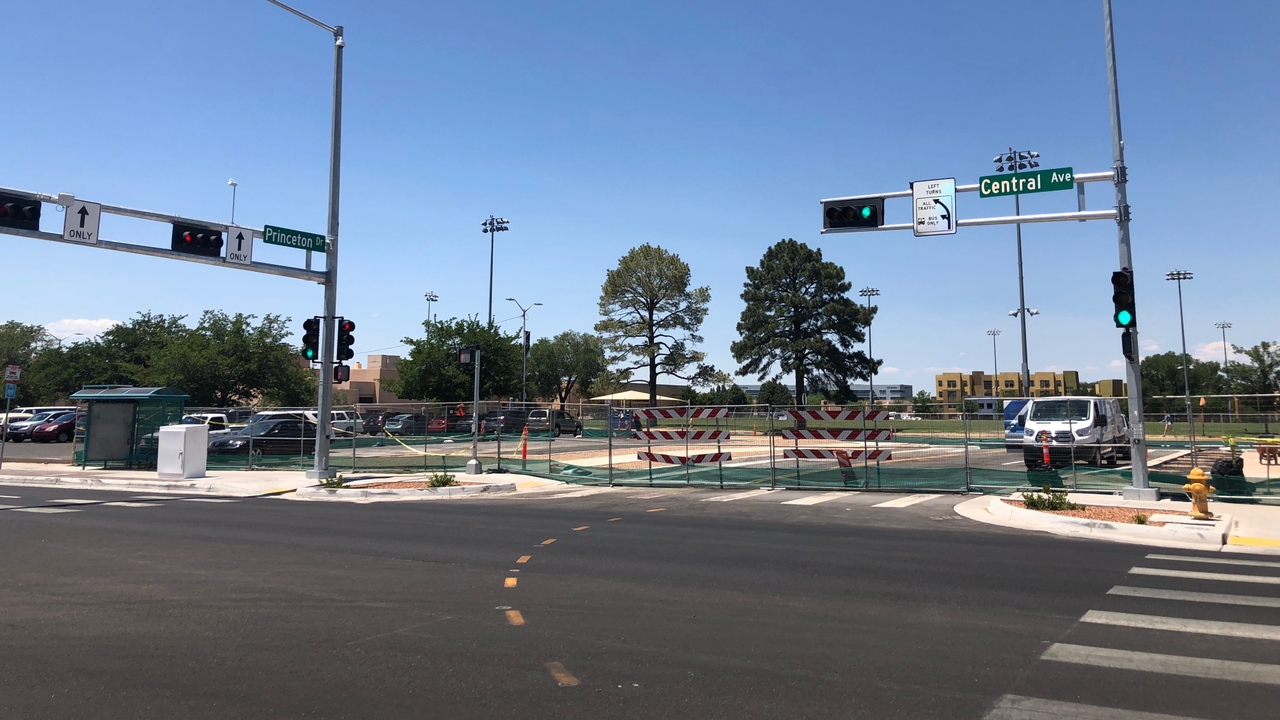 Roadway expected to open for use sometime during the week of June 18. 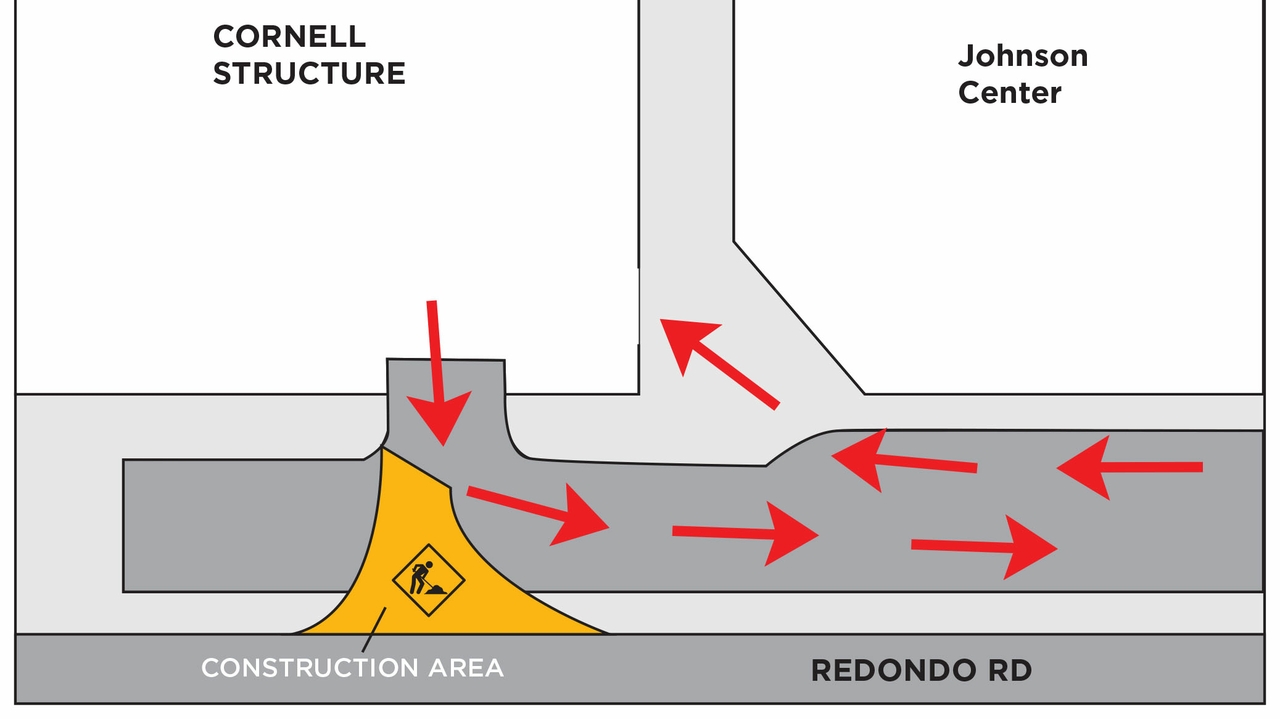 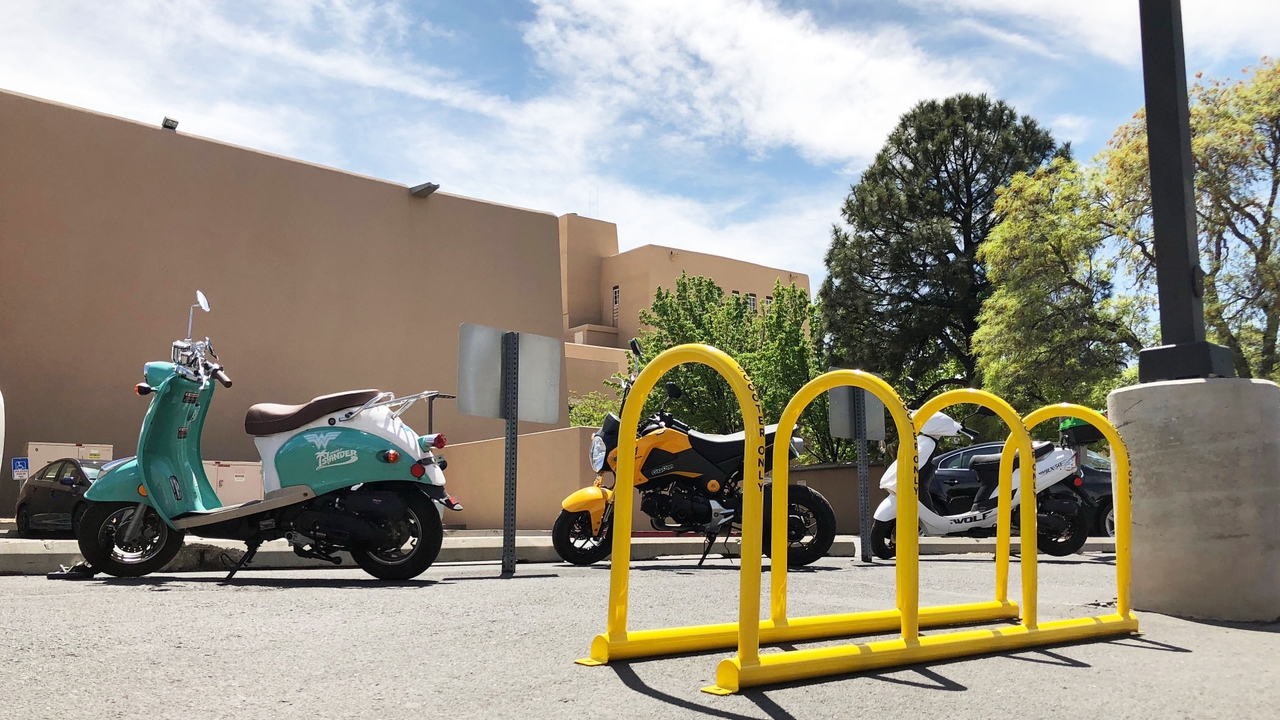 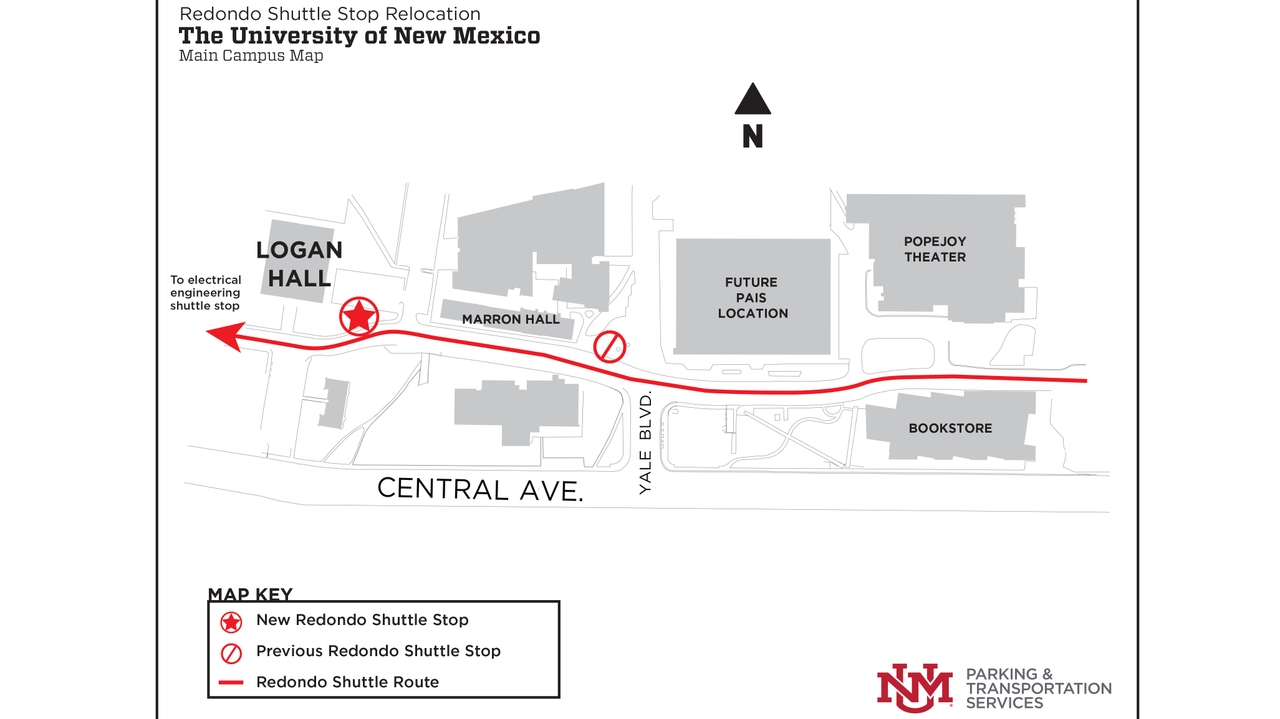 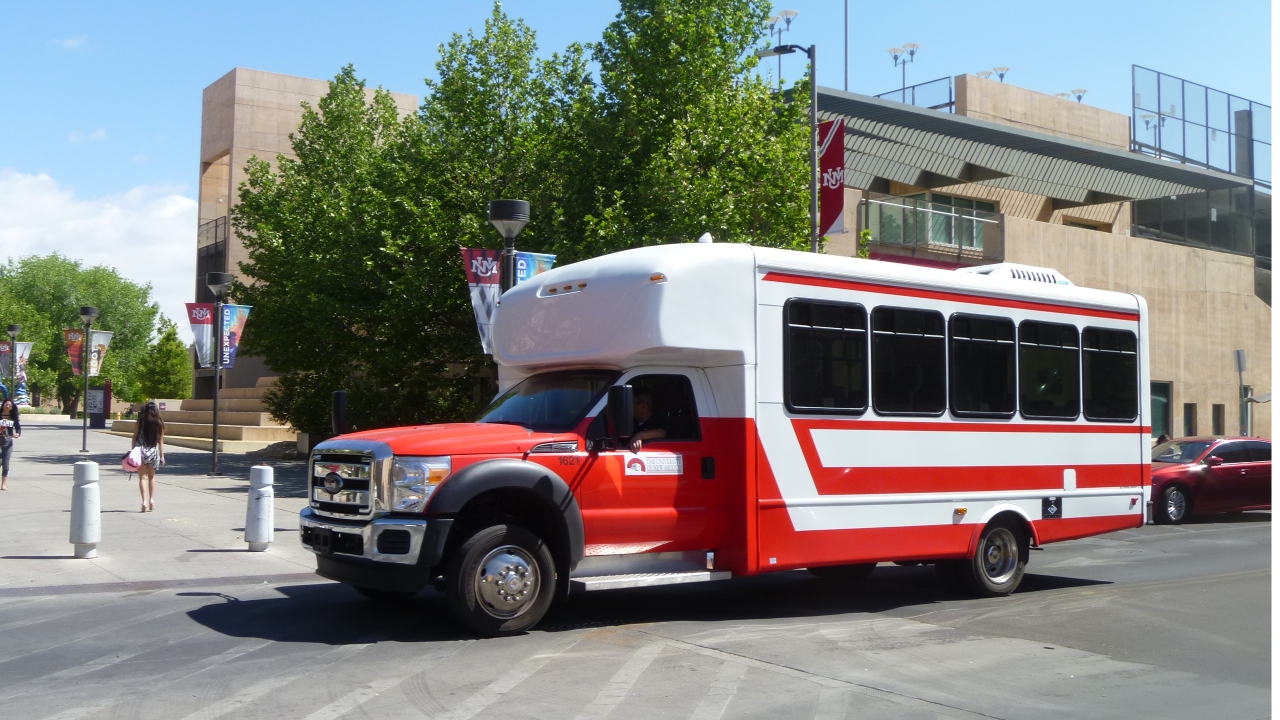 Change is happening all over main campus this summer, so to keep your commute running smoothly, here are a few updates on parking and transportation.

During construction of the new entrance, vehicles will enter the Cornell structure through the emergency exit located in the fencing along the east/southeast corner of the structure — the gate is usually closed. Flaggers will be on site during the day on weekdays to assist, and there will also be signs posted to indicate the temporary access point.

To better ensure safety for all concerned, during construction there will be no parking, standing or stopping allowed along Redondo Drive between Stanford Blvd. and the Cornell Pedestrian Mall crosswalk—next to the UNM Bookstore and Popejoy Hall.

Yale Mall is a drop-off/pick-up hub for several UNM shuttle routes as well as city buses, often resulting in high traffic congestion for vehicles and pedestrians in the vicinity. The decision to permanently move the Redondo shuttle stop was strategically made in order to relieve some of this congestion, making the location more easily accessible for other shuttles and pedestrians.

The Redondo shuttle stop relocation will not significantly affect the Redondo shuttle route which currently operates on a continuous loop serving main campus and north campus Monday through Friday from 6:30 a.m. to 7 p.m. This new stop location is also ADA accessible.

The Redondo shuttles as well as other UNM shuttles and ABQ Ride buses can be tracked real-time using the Where’s My Bus function in the University’s LoboMobile app.

Princeton/Central intersection
Driving into main campus is about to get a little easier. Construction work to improve access to the south end of the University began on May 14. Construction activity is currently underway in “A” Lot to extend Princeton Dr. north, from Central to Redondo.

The new roadway into UNM will create a new entry point to the south end of main campus, near the residence halls and Johnson Field. The traffic signal at Central/ Princeton is expected to be turned on and the new Princeton roadway will open for use June 15 at 9 a.m.

Construction activity will continue in both “A” and “R” parking lots until early August 2018. During construction, parking spaces adjacent to the work area will be closed.

Moped and scooter permit parking zones
Due to University Administrative Policy 2260 Sec. 4, mopeds and scooters no longer have access to park at bicycle racks on campus. Mopeds and scooters must be registered with UNM Parking & Transportation Services and obtain a parking permit to legally park on campus.