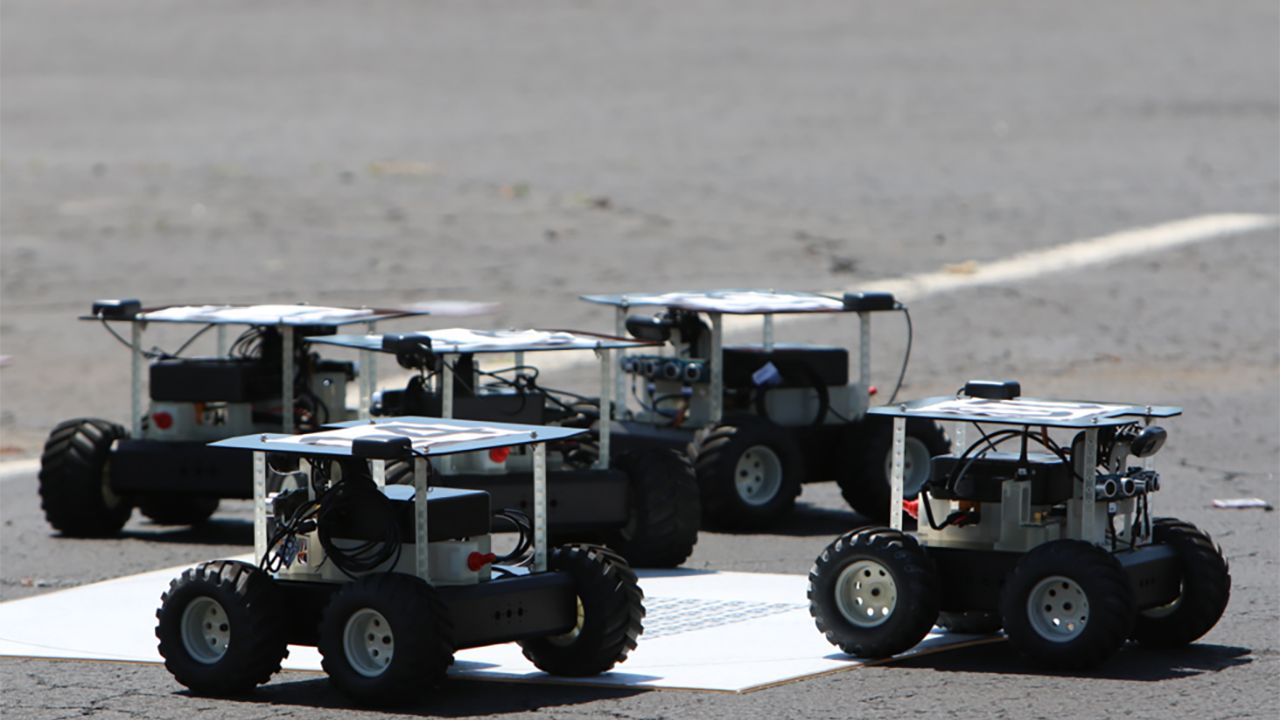 A swarm of robots ready to forage at the 2016 Swarmathon. 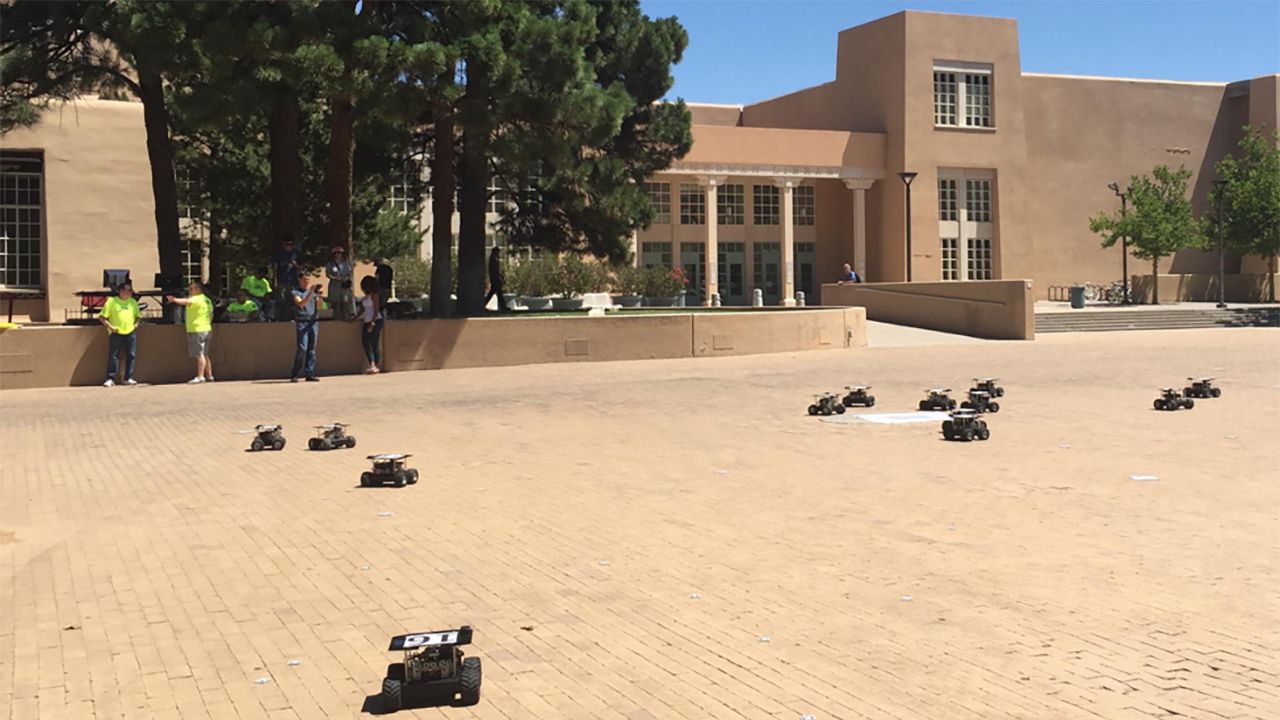 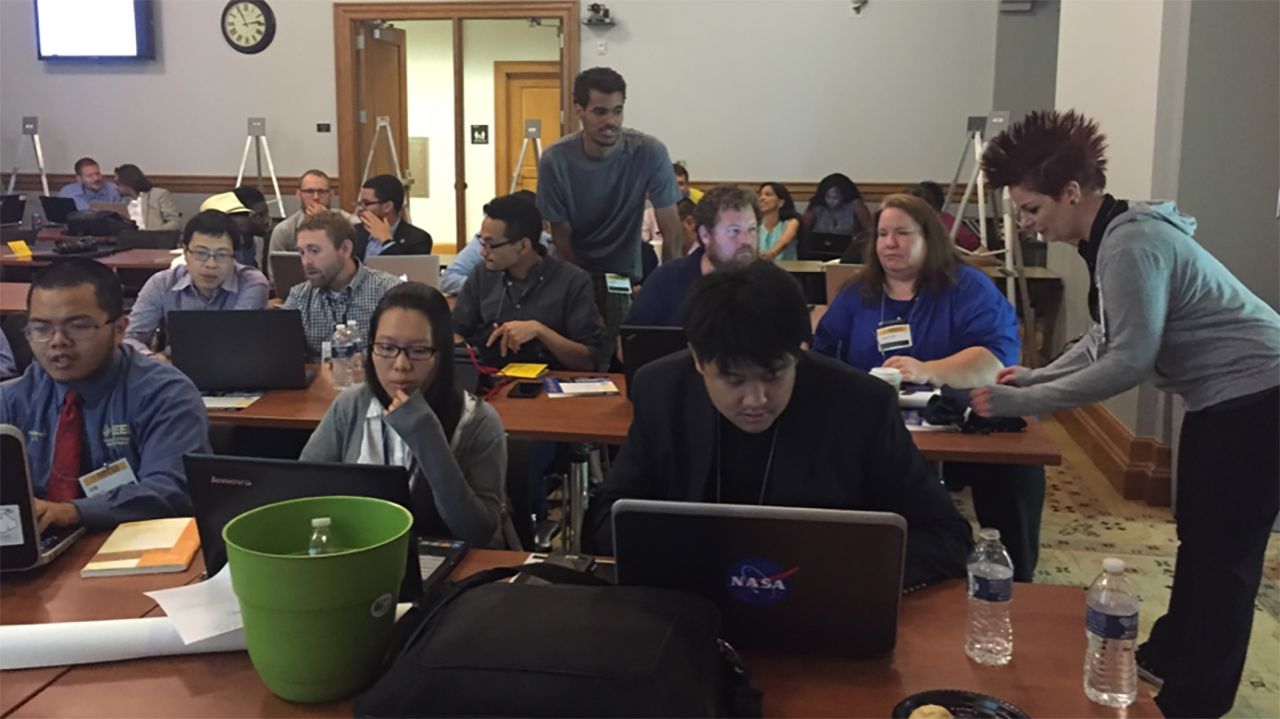 Students coding at the Swarmathon Workshop held at the 2016 Robotics Science and Systems Conference in Ann Arbor, Michigan. 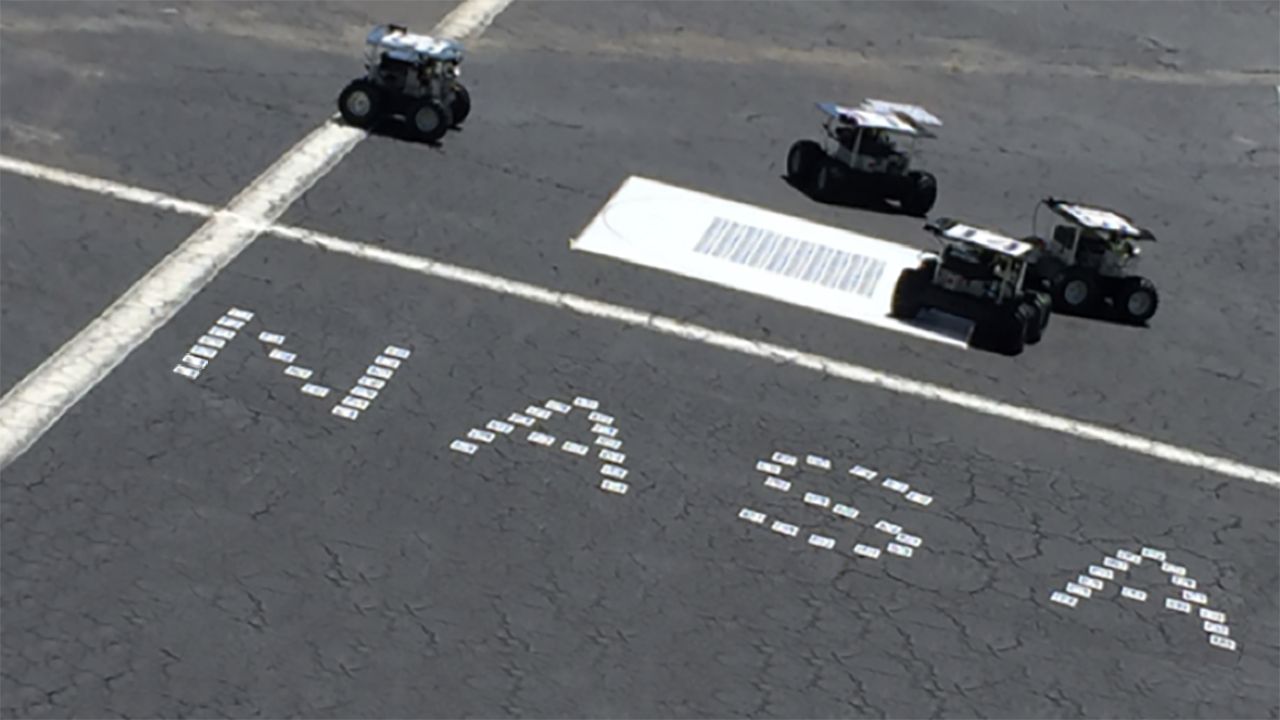 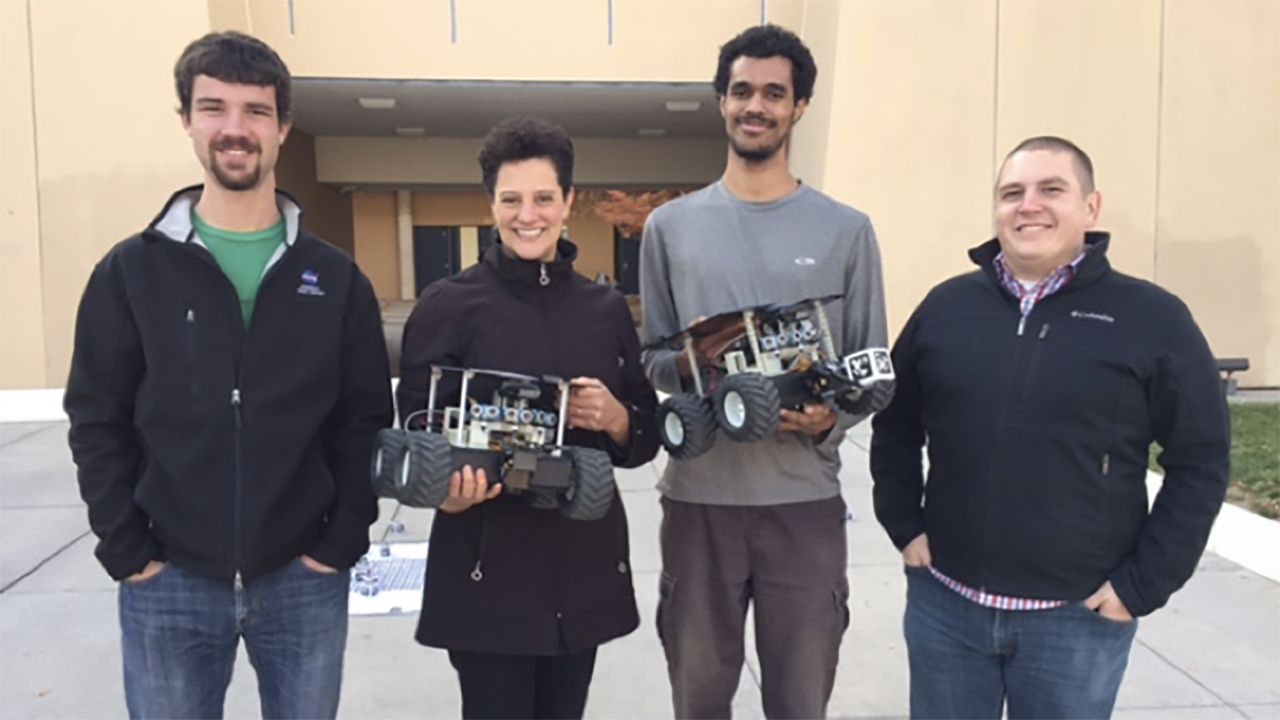 More than 600 students from 40 colleges and 30 high schools will demonstrate their programming skills in a robotics competition culminating at the Kennedy Space Center, April 18-20.

The competition, which will be live-streamed online, is part of the second annual NASA Swarmathon with the winning team recieving $5,000.

The Swarmathon is a swarm robotics programming challenge administered under a cooperative agreement between the NASA Minority University Research and Education Program (MUREP) and The University of New Mexico (UNM). The Swarmathon is run by Principal Investigator Dr. Melanie Moses, UNM Associate Professor of Computer Science, and postdoctoral researchers and students in her Biological Computation Lab.

Swarmathon teams develop computer code used by swarms of robots to autonomously find and collect the most resources in an arena without human supervision or maps. To meet this challenge, students will develop new algorithms (rules encoded in computer programs) that can be used by robot swarms for other applications such as cleaning up hazardous waste or rescuing people in disaster zones. Listen to our partners at NASA Swampworks on Science Friday as they discuss how robot swarms can also collect frozen water, minerals and other materials needed to support NASA’s Journey to Mars.

“Computer scientists have not yet figured out how to program robots to interact autonomously with unanticipated events in the real world,” said Professor Moses. Successful Swarmathon teams will program robots to cooperate even when noise and errors cause unexpected behavior.

“My experience with the Swarmathon team has been a great learning opportunity that I am proud to be a part of,” says Chrissy Martinez from the Southwest Indian Polytechnic Institute (SIPI) team that won third place in the 2016 Swarmathon.

Members of the 2016 gold medal team from Fayetteville State University attribute their success to effective teamwork. As they program robots to cooperate with each other, the students must also learn to coordinate their programming efforts to work together. Effective teamwork is an essential skill in the modern technological workforce where programmers work together to design complex computer systems that control everything from social media to autonomous cars.

Over 1000 students have participated in the Swarmathon since 2015. Participants are from Minority Serving Institutions (for example, Historically Black Colleges and Universities, Hispanic Serving Institutions, and Tribal Colleges) and high school teams mentored by those college students. Virtual teams and high school teams will upload their code to compete in a simulated environment at UNM. The physical teams have tested their code on three Swarmathon robots at their colleges; this code will be loaded onto identical robots that will compete to collect the most objects in competition arenas at Kennedy Space Center. Winners will be announced during the Award Ceremony on April 20.

For more information, visit NasaSwarmathon.com, watch the 2016 Swarmathon video, or look behind the scenes at UNM.