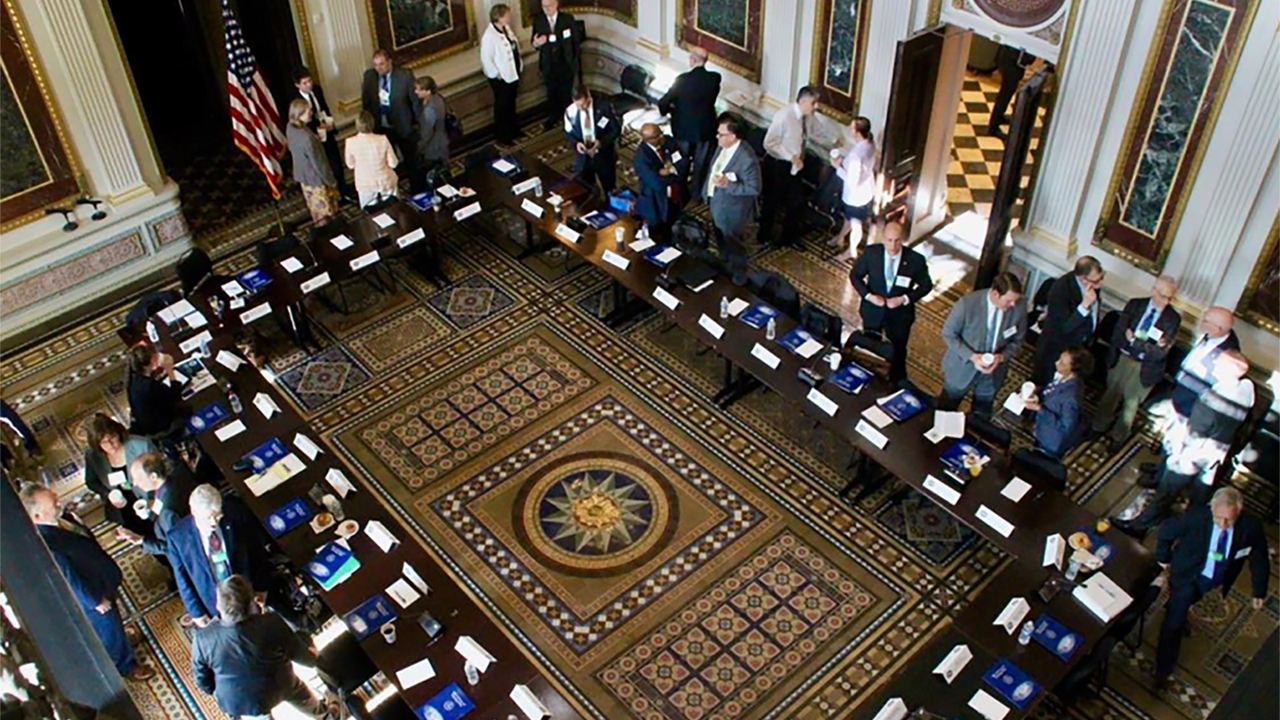 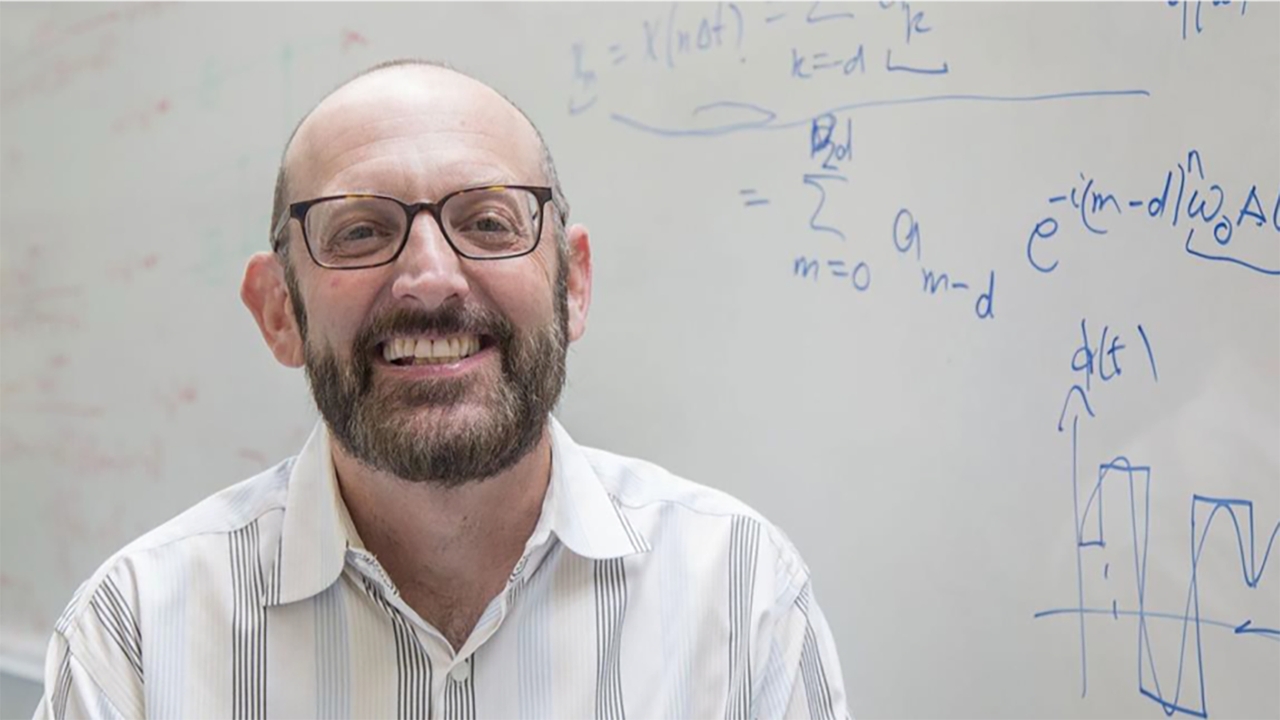 Director of the Center for Quantum Information and Control. 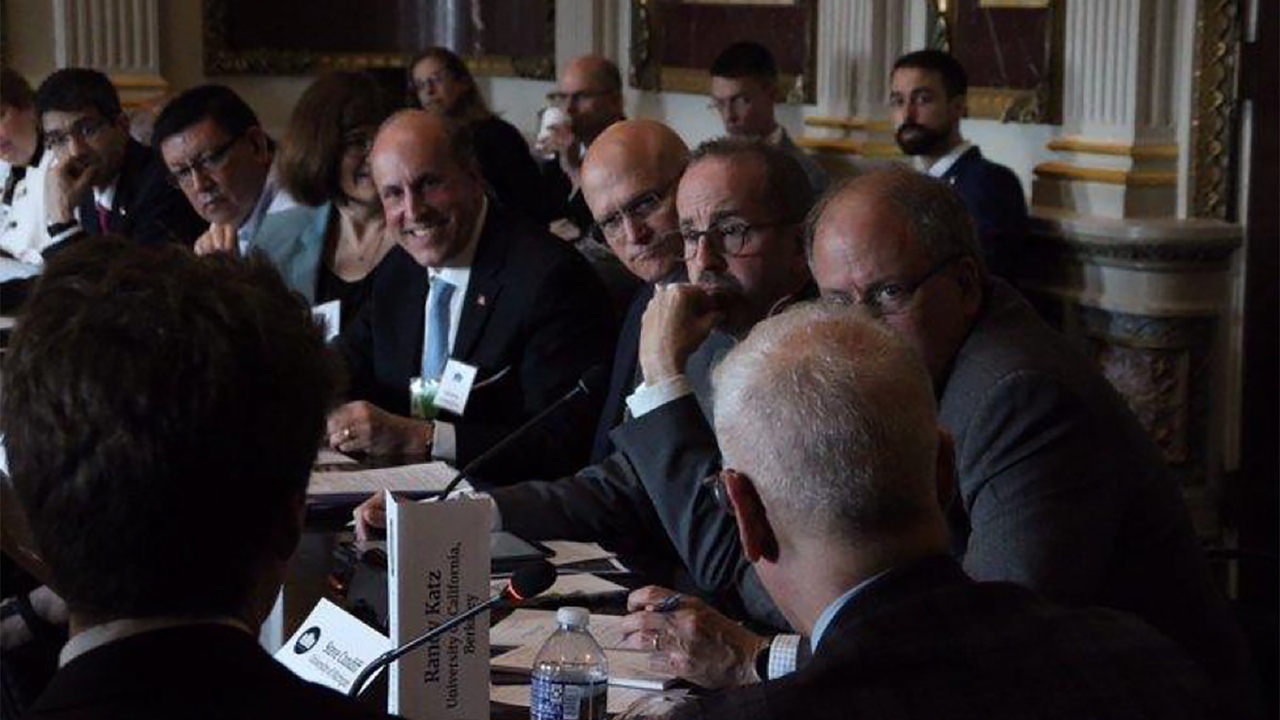 Meeting at the Department of Energy

UNM paves the road into the future for Quantum Information Science

Imagine a future of cyber-transactions with unbreakable encryption. Thermometers that never need calibration. Near-absolute measurements of time. Medications customized at the molecular level. These advances are imaginable because of new support for Quantum Information Science (QIS) and the universities driving QIS innovation forward.

The University of New Mexico was one of 25 universities invited to the White House Academic Roundtable on Quantum Information Science on May 31, 2019 in Washington, D.C. to discuss the “significant role that academia plays in Quantum Information Science and its impact on America's prosperity and security." Gabriel López, Vice President for Research, was in attendance representing UNM and its interests as the participants discussed the implementation of the newly-signed National Quantum Initiative (NQI) to support multidisciplinary research and training in QIS.

UNM has been a pioneer of QIS since the field emerged 25 years ago and is poised to make some of the most innovative technological advancements in QIS through partnerships with Sandia National Labs and Los Alamos National Lab. Ivan Deutsch, director of the UNM Center for Quantum Information and Control (CQuIC), believes Quantum Information Science will revolutionize the world, from computing to technology to cybersecurity.

“The most exciting thing about the future of QIS is the chance to realize many of our theoretical ideas,” he says. “It’s a grand challenge for science and technology to make this happen—hence the NQI.”

The NQI will provide $1.2 billion over 5 years to support the creation of up to 10 new QIS research centers, as well as research projects offered by the National Institute of Standards and Technology (NIST), the Department of Energy (DOE), and the National Science Foundation (NSF). The bipartisan legislation directs the organizations to facilitate partnerships between laboratories, universities, and industry for various QIS initiatives—from quantum applications for measurements and standards at NIST to human resources development for QIS and engineering at NSF to algorithm development, quantum networking, quantum theory and more at DOE.

The participants of the White House Roundtable on May 31st discussed next steps and focused on the importance of partnerships and collaboration over competition, particularly with regard to infrastructure, as well as the need for training the next generation of QIS students and researchers. UNM is no exception: since 1995, UNM has produced over 40 PhDs who are today’s leaders in academia, national laboratories, and industry, and Deutsch hopes to add to that legacy in the coming years.

“We are planning a multidisciplinary graduate research and education program that includes Physics & Astronomy, Electrical & Computer Engineering, Computer Science and Chemistry and Chemical Biology. Our goal is to build a ‘quantum smart workforce’ and have applied to the National Science Foundation for a new grant to do so,” Deutsch said about UNM’s role in the future. “We are building capacity to join forces with our partners to build new QIS centers. In short, UNM will build on its pioneering role to be at the center of the second quantum revolution.”