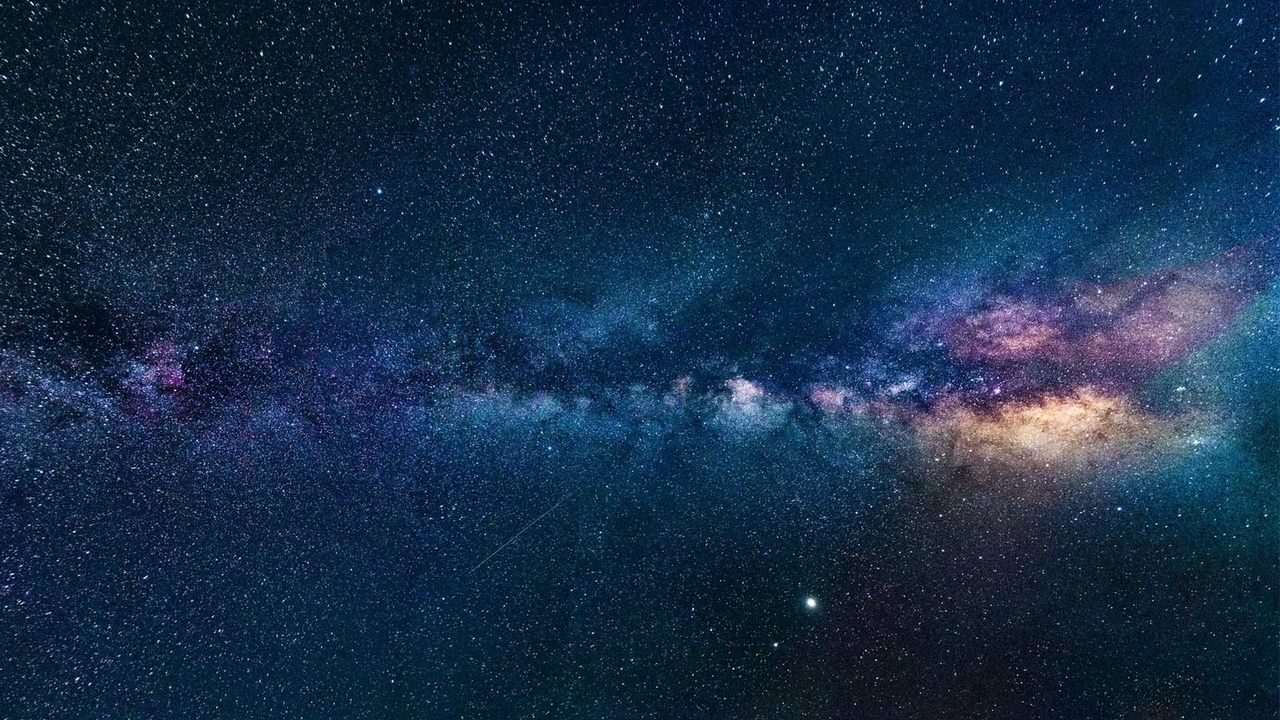 Ylva Pihlström, a professor in the Department of Physics and Astronomy, recently was awarded a three-year, $564,000 grant from NASA to continue research that she started as part of her 2017 Women In STEM Award.

The work, set to begin in January 2022, aims to better understand and quantify the mass-loss process of Asymptotic Giant Branch (AGB) stars, which are stars in their late evolutionary stage that rapidly lose mass through the release of gas and dust, similar to dust that accompanies meteorites.

“There are two main contributors of dust production in space. One of them is core collapse supernovae, the explosion of very massive stars when they die, the other way of creating dust is through AGB stars and that is what this proposal is about. AGB stars provide a major pathway for creating dust and distributing it back along with gas into the interstellar medium,” Pihlström said.

Because ABG stars are stars that are reaching the end of their life cycle, they no longer have any fusion taking place in their core, causing them to be unstable and they dramatically increase in size.

“What happens in this stage is that they puff up and become very large, our sun will go through this stage eventually, they will grow to sizes about 100 times or even several hundred times the size of our own sun. When that happens, the surface gravity becomes very low and it’s easy for the stars to lose mass, particles can escape effortlessly with the AGB stars losing up to 80 percent of their mass,” Pihlström said. “In the circumstellar shells, which are shells of gas now surrounding the star, you can have dust particles form because the temperature and density are perfect for making dust. This dust then gets kicked back out into the interstellar medium along with gas and that is what the next generation of stars will form from.”

To better quantify how much dust and gas is being lost from the star and being returned into the interstellar medium, Pihlström and her team will collect observational data from about 35,000 AGB stars in the galaxy, most located in the central region of the Milky Way.

“We can fit our models of the emitted radiation with observed data which tells us about the shells and the dust grains in there. We will also use that to calculate what the mass-loss rates are of these sources,” she said. “Infrared data is already taken as there have been several surveys over the last decade using infrared ground-based telescopes and satellites. We have also used the Very Large Array radio observatory in Socorro and are currently using the Atacama Large Millimeter Array to measure the velocities of the stars using radio data.”

A Ph.D. student will also benefit from the grant, Pihlström said.

“Part of the grant pays for a Ph.D. student to do their research on modeling of the emission and comparing it to the data, and they will also look at some associated, quite difficult issues like working out new ways of estimating the extinction of light due to intervening dust and gas in between us and the star, so that we can remove those effects before we look at the final data.”

Pihlström said this work will contribute to a better understanding of how galaxies form and evolve.

“After galaxies form, how do they evolve forming the structures that we see in the galaxies today? To understand that we need to know in which structures young stars are because we would know these are the more recently formed structures, and we also need to know where the old stars hang out because these would be representative of structures formed early on in the galaxy,” she said. “So trying to separate out stellar populations of different ages will help to build a better understanding of models for galaxies and how they evolve.”

Pihlström said her 2017 Women In STEM Award allowed her to start building up this project.

“The Women In STEM grant was a travel award and I used that to bring in a new collaborator from the NASA Jet Propulsion Laboratory, Dr. Sahai, who has a lot of experience in this type of radiative modeling. We began early on to decide what data we needed to collect for this and how to properly model it. Since then it has grown in scope into this bigger NASA grant.”

** Photo by Felix Mittermeier from Pexels