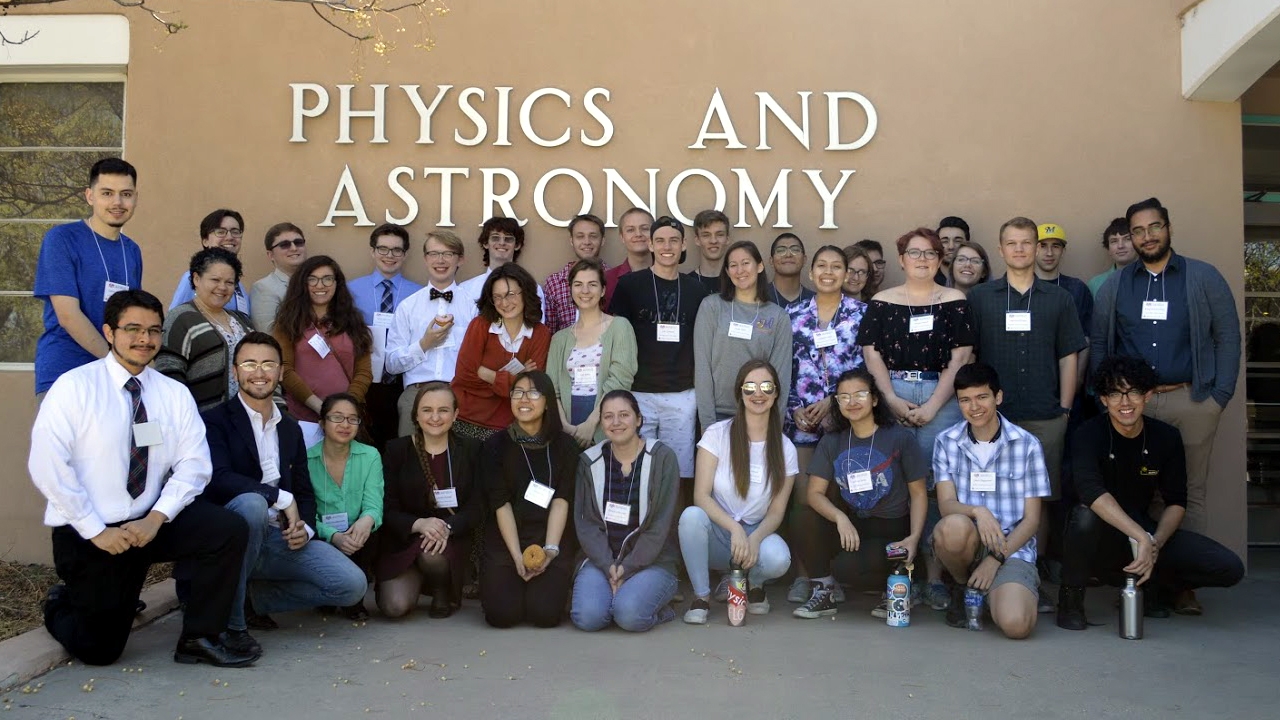 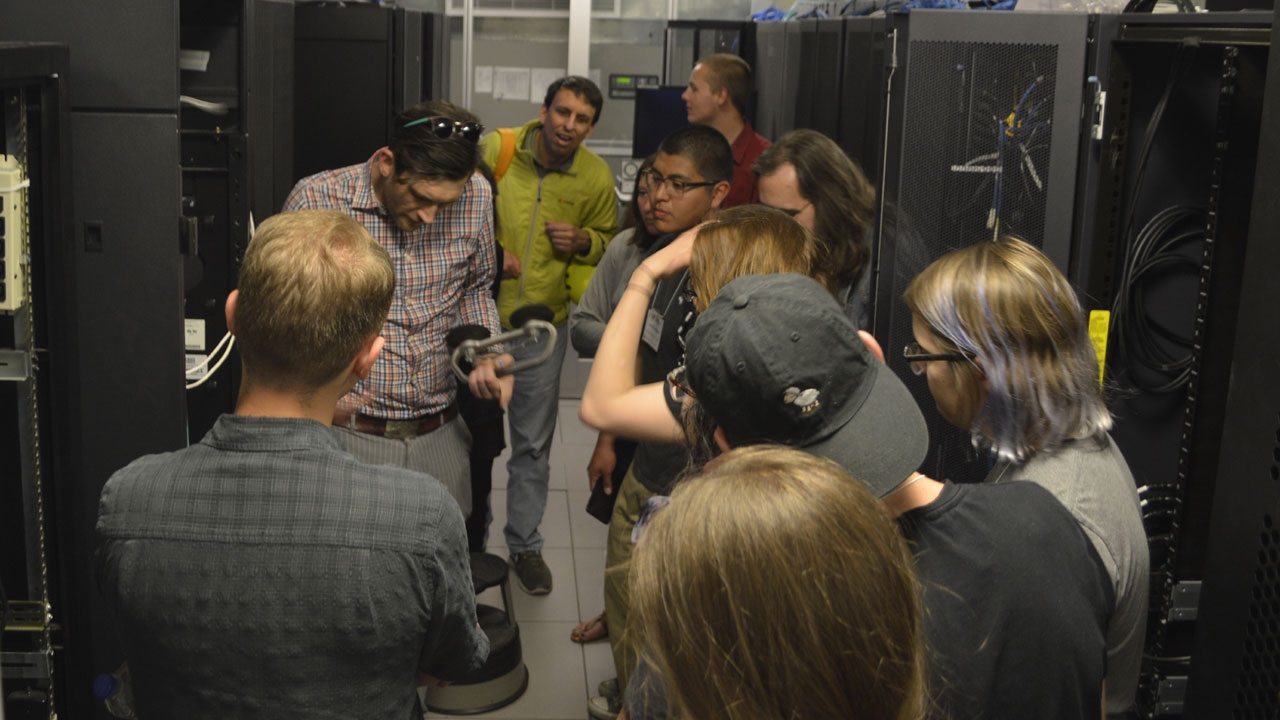 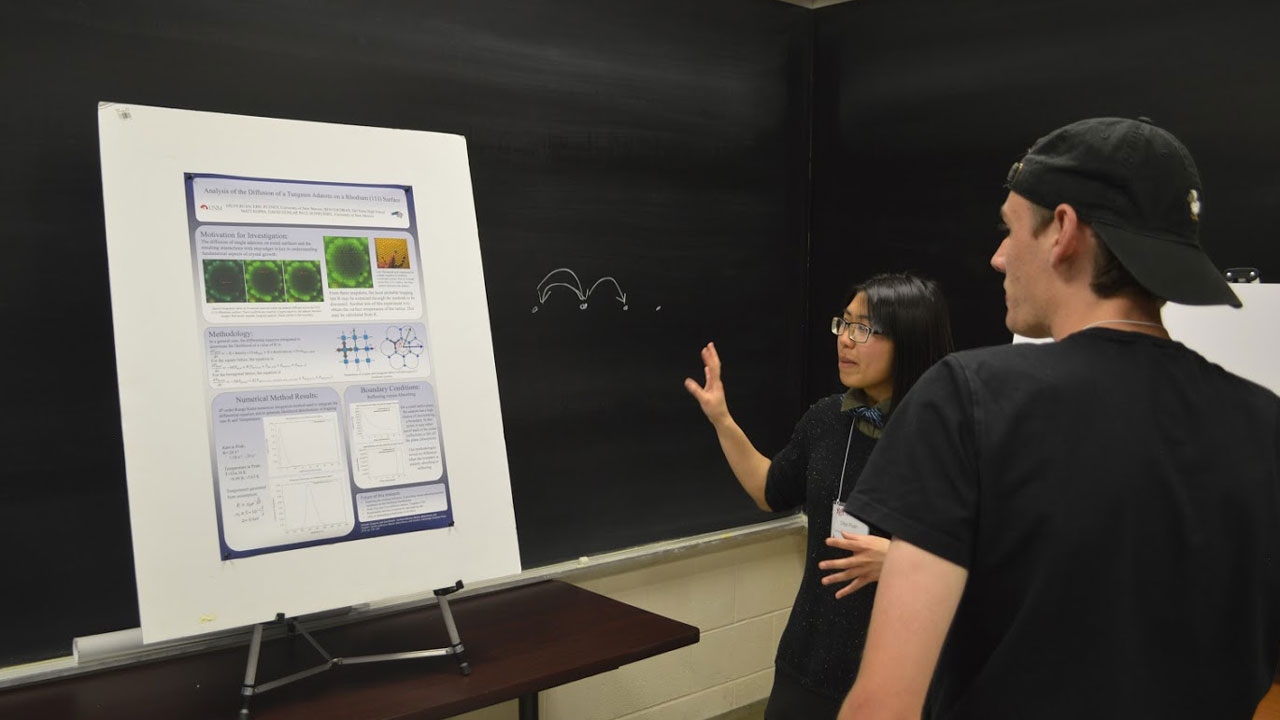 The Department of Physics and Astronomy recently held the UNM Physics Day 2018, an undergraduate research conference and open house event organized by students for students that included local area high schools as well as a large contingent of students from Northern Arizona University that also attended.

The annual event featured student talks and poster presentations, a plenary talk from alumnus Kate Brown, which was followed by a series of undergraduate research talks, tours of research labs, an awards ceremony and stargazing at the Campus Observatory.

Brown, who is now an assistant professor of Physics at Hamilton College in New York, began the day with her plenary talk titled, “Sage Advice and a Series of Vignettes from a UNM Physics Alum.” Two groups of oral presentations followed including subjects ranging from Non‐Standard Cosmological Histories to X-Ray Scattering and Reflectivity Studies to Engineering the Optical Properties of Aluminum Oxide.

Winners on the day included: Ryan Hamblin, Best Student Talk for "Characterization and Applications of the Nanoscale Structure of Amphiphilic Block Copolymers" and Lauren Zundel, Best Student Poster for "Spatially Resolved Optical Sensing Using Graphene Nanodisk Arrays." The awards presentation was followed by a visit to the Campus Observatory.

For more information about the department, visit UNM Physics and Astronomy.