The University of New Mexico has placed an interim ban on the use, possession and storage of hoverboards on every UNM campus, including branch campuses, due to widespread safety concerns over the electronic skateboards or self-balancing scooters informally known as “hoverboards.”

The ban extends to all exterior areas and building interiors, including Residence Halls and the Student Union Building, until the University can research and develop a long-term policy addressing the devices.

"The hazards of hoverboards include the possibility of injury to bystanders due to loss of control of the device as well as the risk of fire," said UNM President Robert Frank. “So it’s not just a fire safety issue. If hoverboards were allowed in exterior areas, but not inside, students would more likely store them in their vehicles, which might also pose a fire risk.

“Further, UNM could become a preferred site for non-student recreational use of the devices, as it is now for skateboards and BMX bikes, which pose hazards to the campus community.”

The boards will not be confiscated initially. UNM Police will stop those who possess one and inform them of the ban. If they ignore the warning or other follow up is required, the matter would be directed to the Dean of Students Office for remediation.

“We want students to understand that having a device that can catch fire and blow up is a huge safety risk for those using the device as well as those around it,” said Jenna Crabb, interim Dean of Students. “Until further research is conducted on hoverboards, and safety standards developed, we must put the safety of our UNM students and community first.”

Visitors to campus would get a criminal trespass citation if they ignore the warning. 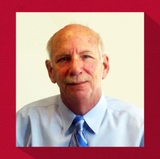