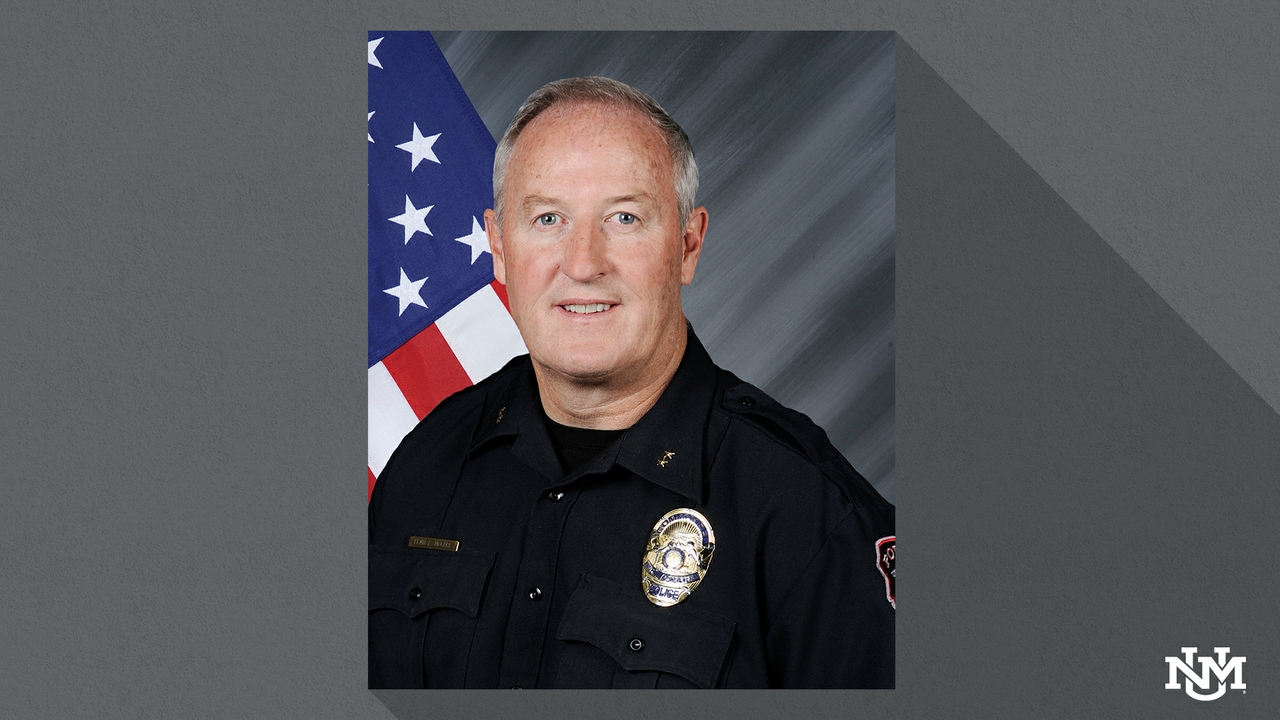 The University of New Mexico Chief of Police, Kevin McCabe, has announced his plan to retire on June 30, 2020. McCabe has been with the UNM Police Department since 2010, serving as chief since 2014.

“Six years ago, The University of New Mexico gave me the chance to become the chief of police of their department. It was a privilege and I will always be grateful for the opportunity,” McCabe said. “I have worked with some of the finest individuals in this state, both sworn and civilian, who are dedicated to making the UNM campus safe and secure.”

McCabe, who holds a bachelor’s degree in business administration, came to UNM after retiring from the Albuquerque Police Department where he served for 24 years. He held a number of roles with APD, including sergeant, lieutenant, captain and deputy chief. He was hired as a commander by UNMPD in 2010 and has led the department of more than 40 officers since 2014.

"Leading the UNM Police Department is about more than just law enforcement,” said UNM President Garnett S. Stokes. “During his tenure, Chief McCabe has been able to get our university to think about policing in a different way – one that centers on community. I thank Chief McCabe for his years of dedicated service to the University and wish him the best in his retirement.”

McCabe has been instrumental in modernizing the UNM police. During his tenure, the department has replaced aging apparatus and upgraded radios and dispatch equipment so officers can better serve the campus community.  Additionally, he will have increased the number of cameras on campus and in parking lots from 200 to nearly 1000 by the end of this year, at the same time creating the position of security operations director to manage the new technology.

“It has been such a pleasure working with Chief McCabe,” said Teresa Costantinidis, executive vice president for Finance and Administration. “I have been so impressed by his leadership and his deep dedication to all aspects of The University of New Mexico. He is leaving behind a legacy of strong policing and he will certainly be missed by many of us here.”

Costantinidis said McCabe’s announcement four months prior to his departure will allow the University the opportunity to do a thorough search for a replacement.

A national search for the next UNM chief of police will begin immediately.