A book published by The University of New Mexico Press won recognition from several prestigious reviews. 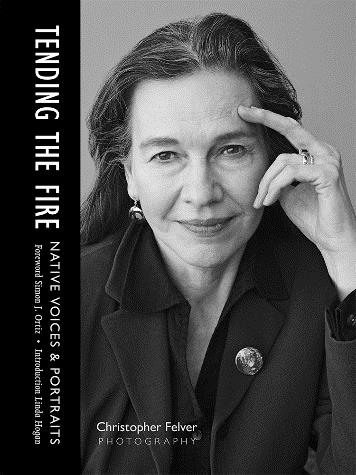 Felver was also recognized at the Annual IPPY Awards in New York City on May 29, 2018, where “Tending the Fire” received the Gold Medal for Photography.

Foreword Reviews also selected the book as a 2017 INDIES Book of the Year Award Finalist.

Published by the University of New Mexico Press in 2017, “Tending the Fire” pairs portraits of Native American poets and writers with their handwritten poetry or prose. In these commanding photographs, Felver's distinctive visual signature and unobtrusive presence capture each artist's strength, integrity and character. As each author shares their unique voice, “Tending the Fire” introduces us to the diversity and complexity of Native culture through the authors' passionate stories.

Felver's previous books include “American Jukebox: A Photographic Journey”; “The Importance of Being”; “The Late Great Allen Ginsberg: A Photo Biography”; “The Poet Exposed” and “Ferlinghetti Portrait”. His photographs are distributed worldwide and collected by museums and university libraries. They have been featured in international exhibitions, including the Centre Pompidou, London's National Theatre, the Whitney Museum of American Art, the National Gallery of Art and MOCA.