A small shift in boundaries can have a drastic impact.

That’s why the tiniest bending of a line turned into a hard-fought battle for fairness in New Mexico’s redistricting process, a painstaking redrawing of state election districts following a new federal census. 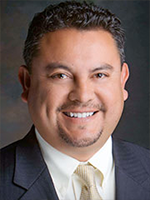 In a new report co-authored by University of New Mexico Professor and Director of the UNM Center for Social Policy, Gabriel Sanchez, he and University of Georgia Professor David Cottrell found New Mexico’s legislators stuck to their guns and their current districts when brainstorming on new maps starting in 2021. Meanwhile, the state’s independent Citizens Redistricting Committee veered towards draft maps which contained more competition for future elections.

Sanchez and Cottrell discovered in the end, the non-partisan maps generated by this committee and a computer program did not come to fruition, possibly as a result of this variation.

The study, commissioned by the Arnold Foundation, showed both state Democrats and Republicans maintained districts in favor of incumbents, as well as where these incumbents lived.

“You’ve got a pretty apparent conflict of interest. Legislators are looking at the maps with a critical eye of how that’s going to impact their likelihood of retaining their seat,” Sanchez said.

New maps produced by lawmakers contain a total of 24 competitive seats, compared with a max total of 34 generated by the CRC.

Competitive districts, which indicate either party will land within 10 percentage points of one another when voters go to the polls, make up just seven spaces for the state Senate and 14 for the state House.

“If I'm a sitting member of the legislature the last thing I want is my district to be more competitive,” he said.

Cottrell had concluded in a separate report the options presented by the CRC were fair. The CRC in itself as well, was a huge step forward for New Mexico. This citizen-driven committee is brand new, and started its work the year it was formed.

“Positively, especially in the context of civic engagement, both the voters in the state and the experts said this was the most successful redistricting process in terms of engaging the wider community in the process,” he said.

A lot of that he says, were the technology and software community members operated.

“That was groundbreaking I think in terms of allowing the public to actually have an opportunity to directly provide input on what maps should look like,” he said.

A key part of Sanchez’s role was surveying experts and 500 highly likely voters. That survey revealed a stronger appetite for the CRC maps, than the ones drawn up by legislators.

He also held qualitative interviews, conferring with over a dozen experts on the big trends found with those voters.

Still, Democratic lawmakers were shown to not give themselves a leg up, despite already maintaining a strong majority in the Roundhouse.

“Democrats could have put maps forward that really gerrymandered based on party and gave their party a significant advantage, and we did not find evidence of that,” he said.

So what’s the solution 10 years down the road?

“The big multi-million dollar question, is the CRC the model we should be using going forward or do we need to take the next step, which is a fully independent committee?” Sanchez asked.

An entirely independent committee would be representative of the state it’s drawing lines for. This would require the approval of the legislature, which Sanchez said would easily cut down concerns of conflict of interest, as many lawmakers in the Roundhouse will not be in office for the 2030 census.

Some voters surveyed already have their preference in mind. 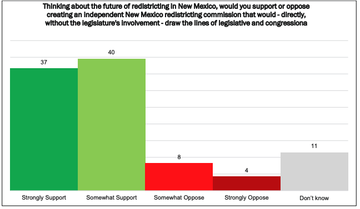 Sanchez’s report also highlights a need to boost the influence for the CRC maps if the CRC remains. Some suggestions include a requirement for the Legislature to pick from CRC options, or be limited to making small changes.

“The take home message is, if we want to see more competitive districts, and that means less incumbency protection, you’re probably going to have to take those decisions out of the hands of legislators,” Sanchez said.

He does not believe, for this same reason, this should be put off.

“The more I can get this report in front of the Legislature, and in front of the wider public now, the greater likelihood there will be a sense of urgency to consider this,” he said.

You can read the full report ahead of the Nov. 8 election at the link here.