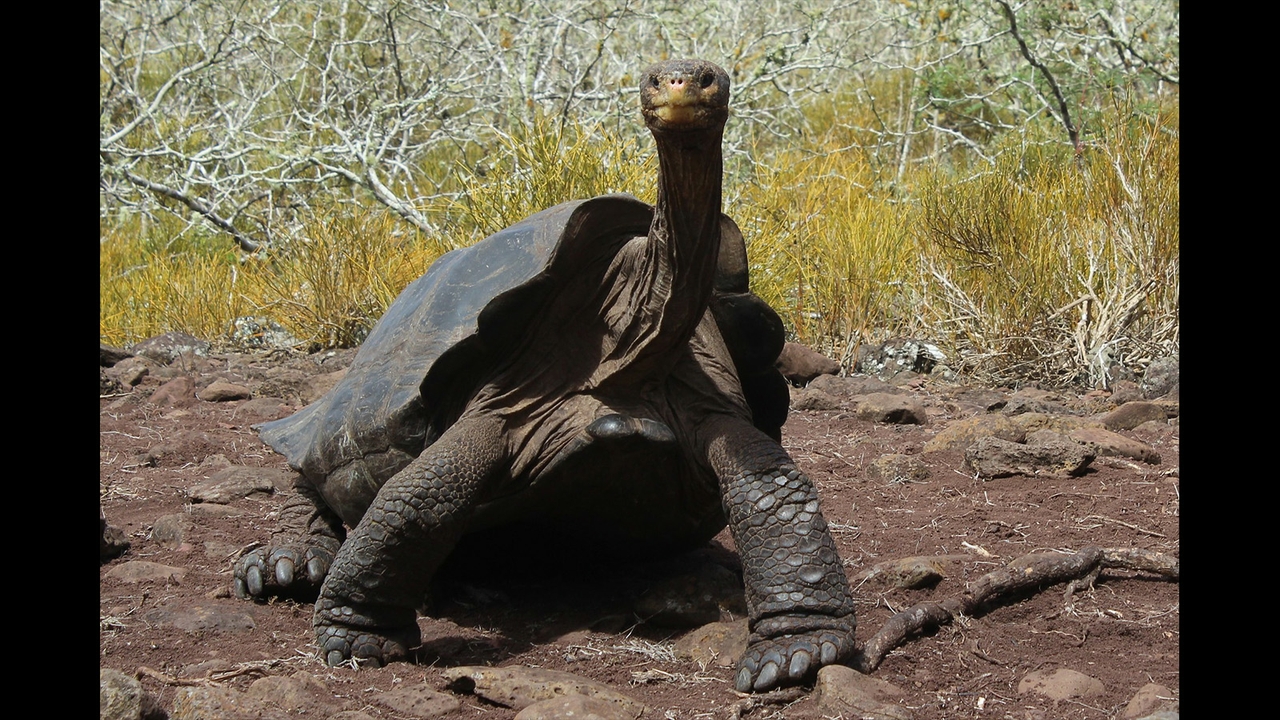 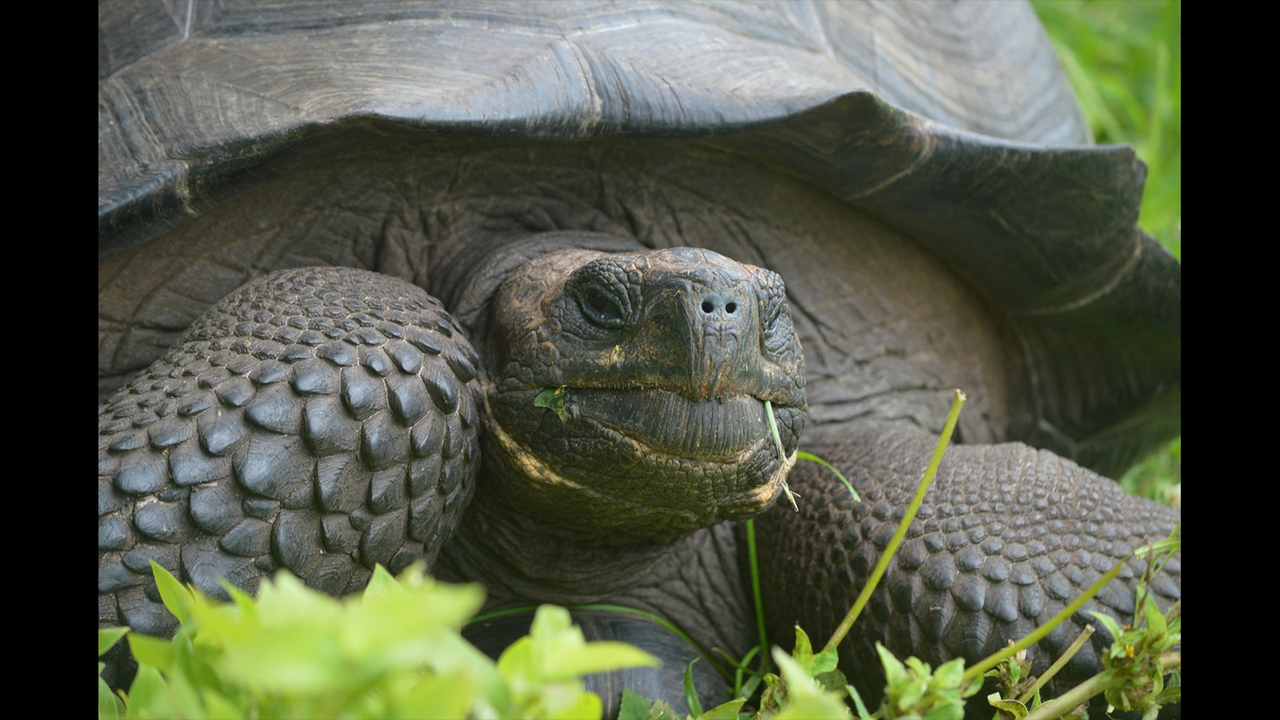 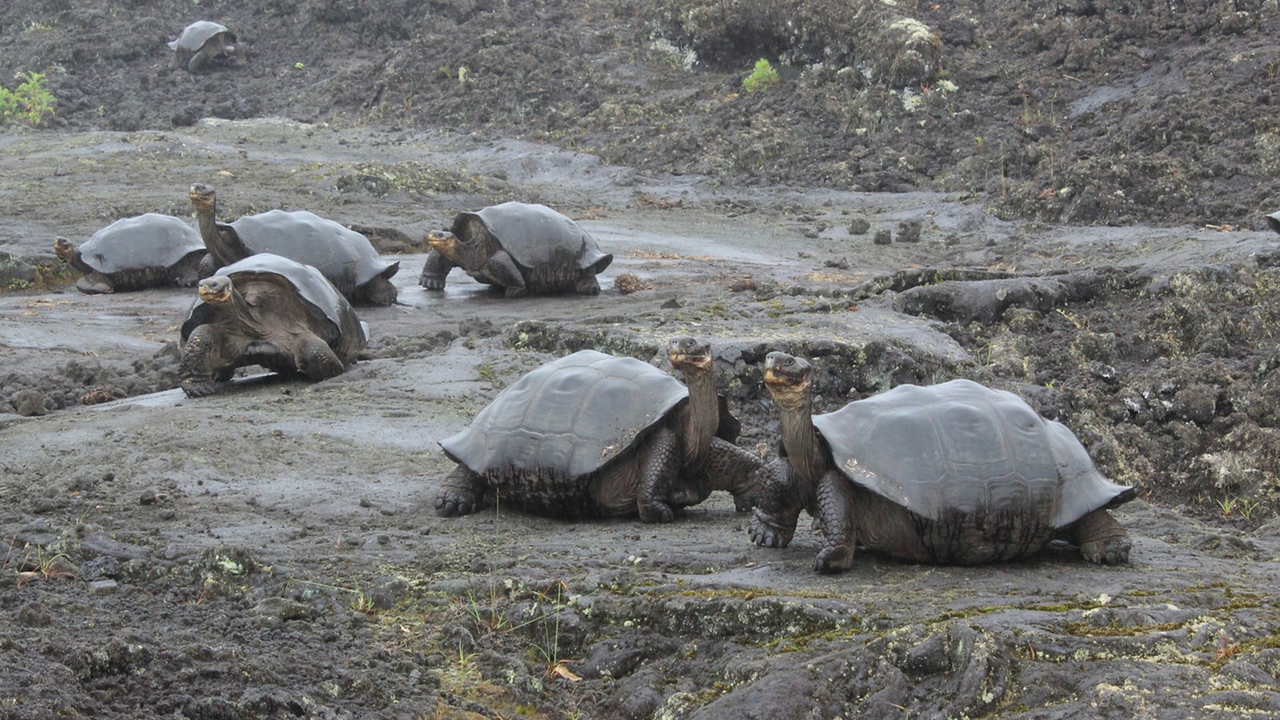 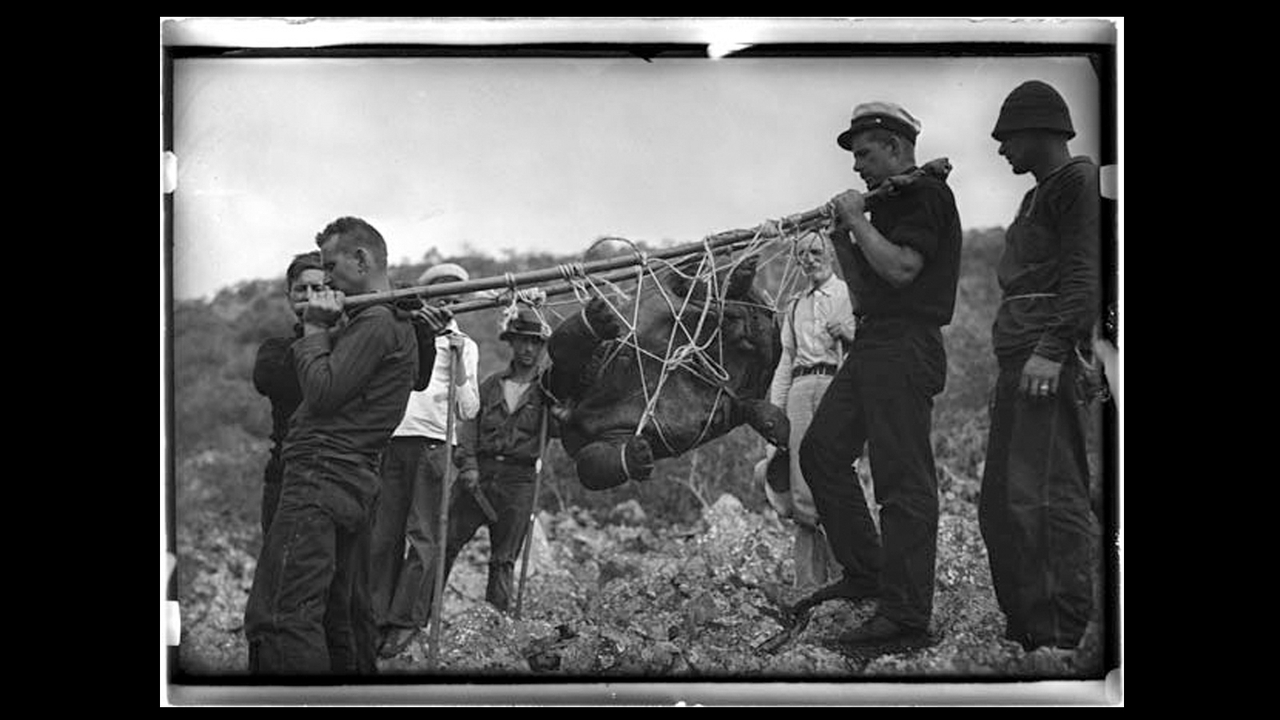 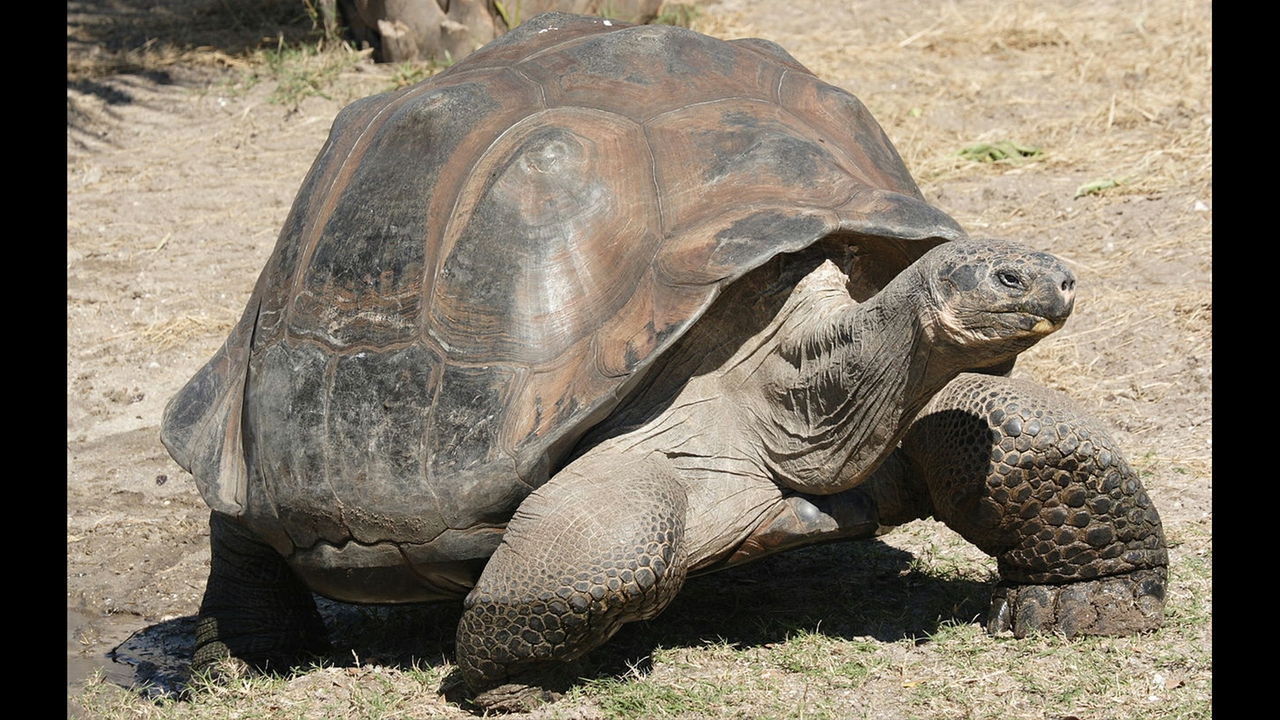 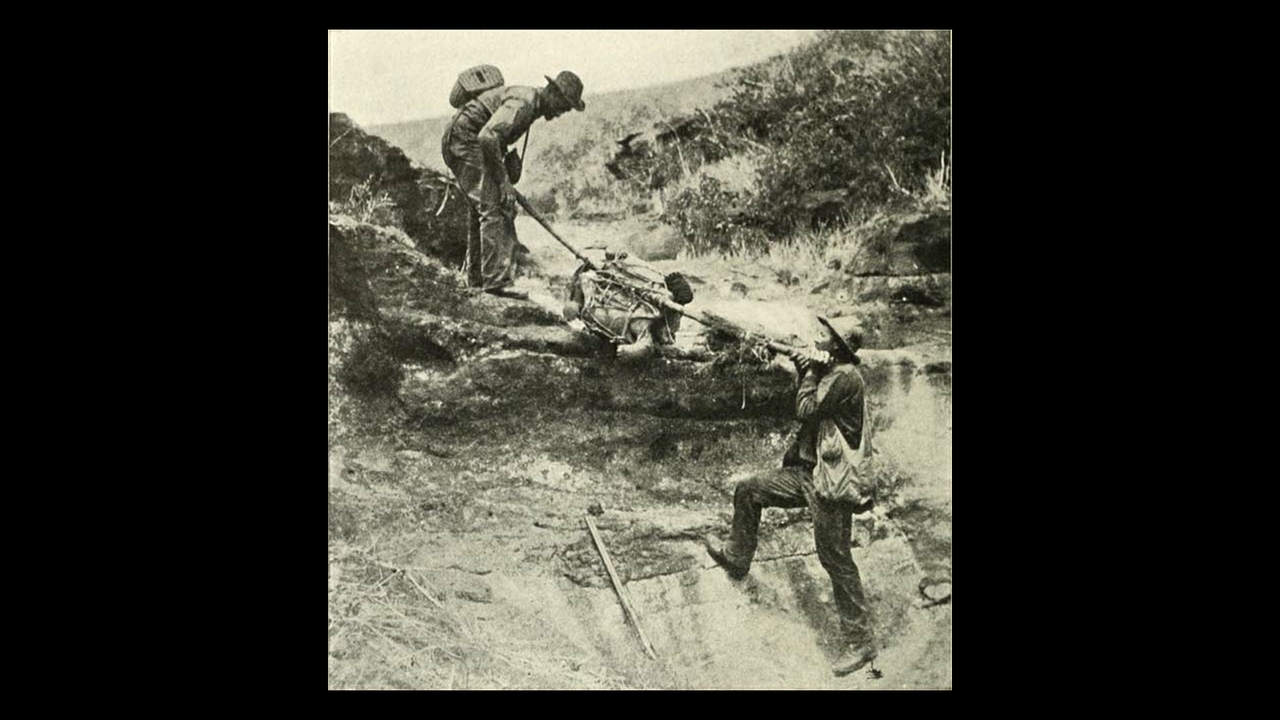 Cyler Conrad, an adjunct assistant professor of Archaeology at The University of New Mexico, recently co-authored a chapter in a book called Galapagos Giant Tortoises. In this magnum opus, contributors from around the world examine the tortoise’s island home, English naturalist Charles Darwin’s visit to the island to observe the enormous reptile, conservation, and its future. 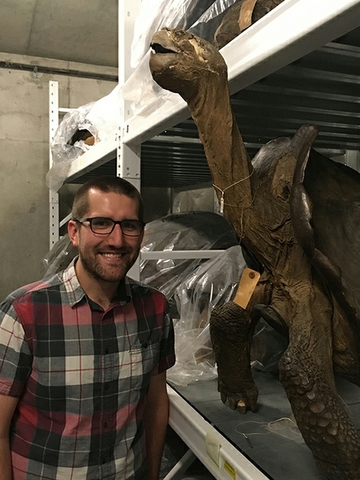 Conrad’s chapter, co-authored with James Gibbs from State University of New York and the Galapagos Conservancy, is called The era of exploitation: 1535-1959 and explores the tragic hunt of the creatures to near-extinction by mariners, colonists, and collectors. A combination of overhunting of whales, the discovery of oil in Pennsylvania, the American Civil War, and the completion of the transcontinental railroad across the United States prevented the final extinction of the behemoth.

“I contributed a chapter with James Gibbs on the history of Galapagos tortoise exploitation from 1535  ̶ the discovery of the archipelago  ̶  to 1959, the creation of the Galapagos National Park. We completed a quantitative analysis of whaling logbook records dating to the 1800s, and summarized historical documents throughout this entire period to reconstruct when, how, and in what quantity humans exploited Galapagos tortoises,” Conrad said.

“Unfortunately, it was quite easy to understand why humans did this. Galapagos tortoises are large, slow, easily stackable and apparently tasty. Perfect food for hungry and scurvy ridden pirates, whalers, and Gold Rush passengers, among others. One of the largest takes occurred in December 1831 when whalers collected 585 from Española Island. We also documented the settlement-era exploitation of tortoises for oil once humans began to live on the archipelago. Our work highlighted that while thousands of Galapagos tortoises were killed to feed maritime crews and passengers, well over a thousand tortoises were also killed in the name of science. These tortoises ended up in museums, institutions, or zoos, where they eventually died far from their home.”

"Our work highlighted that while thousands of Galapagos tortoises were killed to feed maritime crews and passengers, well over a thousand tortoises were also killed in the name of science. These tortoises ended up in museums, institutions, or zoos, where they eventually died far from their home.”

Conrad’s involvement in the book originated through previous research on the exploitation of Galapagos tortoises during the California Gold Rush. In 2014 and 2015, he and his colleagues published historic and archaeological research supporting the presence of Galapagos tortoises in San Francisco during the Gold Rush-era (1849-1855). Tortoises were transported from the Galapagos, either on vessels traveling to San Francisco for the gold fields, or on vessels sent from San Francisco to specifically import these animals, and were consumed throughout northern California.

“One remarkable record speaks of 450 tortoises being imported to the Pleasant Ranch south of Sacramento, where they were allowed to range along the banks of the Sacramento River and then were slowly removed and consumed in the city,” Conrad noted.

“One of the aspects of our research that still continues is tracking down exact numbers of tortoises taken and exploited from the Galapagos. Logbooks, newspapers, letters and journals, among other records, all provide insight into this era of exploitation, but they are numerous and difficult to find and access. I would encourage anyone interested in Galapagos tortoises and this historic record to always keep an eye out for these documents. It is only through this citizen science that we'll be able to gain a better picture of exactly how tortoises were killed and removed from the islands. Someone, somewhere, likely has a journal or family letter from their ancestors that probably talks about tortoises in one form or another if they happened to land in the Galapagos. I'm excited for those records to see the light of day.”

Conrad, who graduated with his Ph.D. in Anthropology with distinction in 2018, explained why he and others, both in the academic world, and general public, feel an affinity for the tortoises.

“In many ways, I think Galapagos tortoises live in an ethos of their own. They are globally known, recognized, and admired. I, like so many others, learned about Galapagos tortoises from a young age. Lonesome George was quite familiar. These tortoises represented such an important component of evolution, biology, history. But I think today, the importance of Galapagos tortoises has shifted. Humanity has recognized that we should no longer conduct a wholesale slaughter of tortoises simply for our own consumption. Tortoises are now protected, and their population numbers are being closely and carefully monitored. Reintroduction of tortoises and revitalization of habitats to islands throughout the Galapagos is now possible, and is occurring quite frequently. So, when we ask ourselves what's the big deal about Galapagos tortoises, we must think about our actions now and in the future. We're only just beginning to learn intricate details about these animals after centuries of over-exploitation and now we must confront new, accelerating threats. Anthropogenically driven climate change and landscape modification are the new 21st century whalers. Tortoises are important today because without protecting and conserving these animals we lose such a fundamental aspect of our human history and culture," he explained.

Conrad is a Principal Investigator for a project involving researchers from UNM and Los Alamos National Laboratory that received funding to study the shells of desert tortoises and other turtles/tortoises to identify if and how radioactive elements are incorporated into their tissues. The study looks at the long-lived tortoise as a passive collector of anthropogenic radionuclides in the environment. Its shell, much like the rings of trees, can reveal a record of their lives, including any exposure to radioactive elements. The study uses the Galapagos giants as a baseline population since they, theoretically, lack a radionuclide signature from 20th-century nuclear testing. The study will allow researchers to better map and understand nuclear events in the environment, their effects on animals, and what this could mean for humans.

He and colleagues have established this longer-term research program and are collaborating on the LANL-funded radionuclide project. They are planning to conduct radionuclide, demographic, and isotope analysis on samples of historically collected Galapagos tortoises from the 20th and 21st centuries.

Calling the book a “festschrift for tortoises,” Conrad said he expects this volume will be read by anyone interested in the biology, ecology, systematics, and history of Galapagos tortoises and the archipelago as a whole. Detailed chapters provide insight into diverse topics such as Darwin, thermoregulation, systematics, even public perceptions of tortoises. It is written for a wide academic and public audience.

Besides being a comprehensive history of the gentle giant, there is one more good reason to get the book: All of the royalties from this book help support the Giant Tortoise Restoration Initiative through the Galapagos Conservancy.