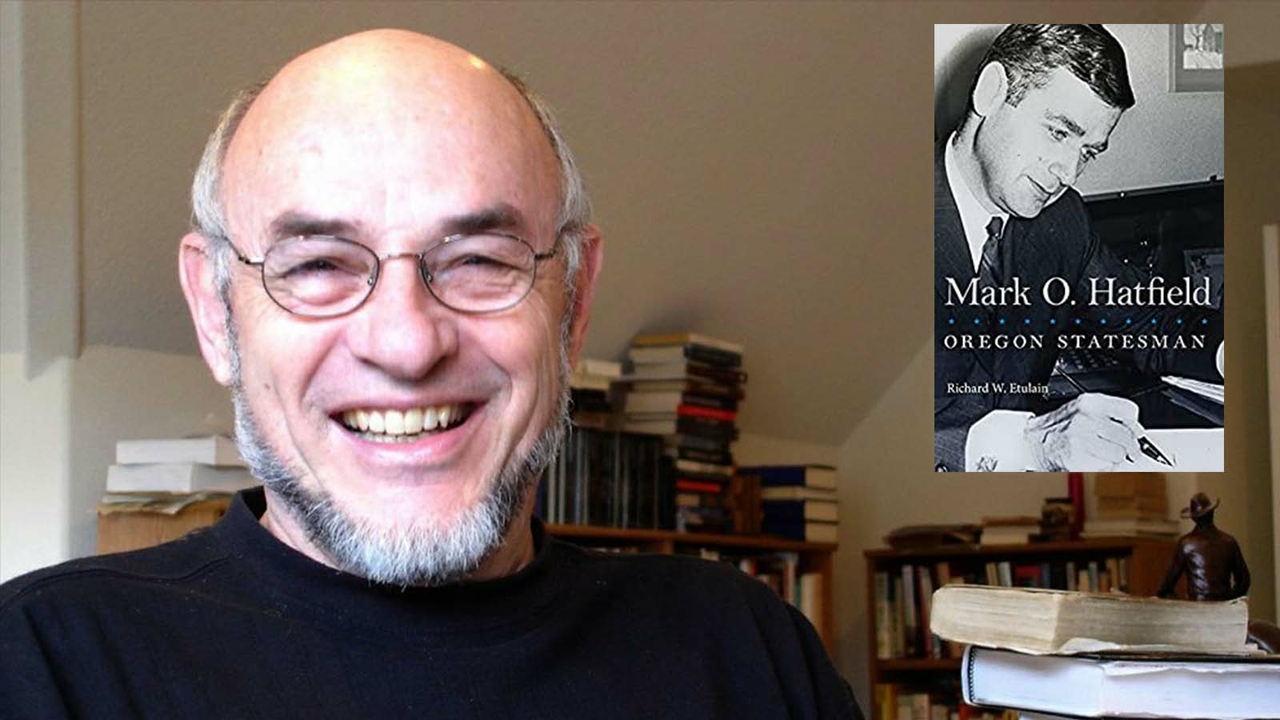 The University of New Mexico Professor Emeritus of History Richard Etulain recently published his 60th book and also received an award for his last book published in 2020.

The Hatfield book is a brief political biography of a leading western political leader in the 1950s to 1990s period. First an Oregon legislator, then Oregon governor (1959-67), and finally an Oregon US senator (1967-97), Hatfield was a moderate to liberal Republican as his party was moving toward its conservative right edge under the leadership of Barry Goldwater and Ronald Reagan. A lifelong evangelical Christian and Republican—per his mother’s fondest wishes—and politically inclined from a young age, Hatfield came to office after studying and teaching political science and observing firsthand the ravages of war in the Pacific and the cruelty of segregation at home.

“I am attracted to Hatfield ̶ despite my being a Democrat ̶ because he was an outstanding example of regional and national leaders who could work across the aisle,” Etulain explained. “For example, Hatfield partnered with Democrats George McGovern and Frank Church on anti-Vietnam War policies and with Edward Kennedy on antinuclear matters. In addition, as a lifetime evangelical, I was drawn to Hatfield's clear, devoted religious faith in the midst of his national political leadership.”

“So, for me, Mark Hatfield remains the kind of political leader we so badly need in a political system so riven with conflicts and the unwillingness of leaders to compromise for the benefit of the American public” he continued. 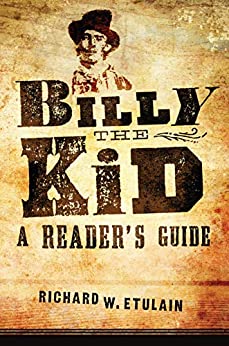 At its recent annual meeting in Portland, the Western History Association awarded Etulain its Dwight L. Smith Award for "the best significant bibliography or research tool on any aspect of the American West." This award was for his book Billy the Kid: A Reader’s Guide.

The judging committee commented, "Etulain brings an academic expertise to a subject that has captured the imagination of the general public and popular culture for generations. Magisterially researched, Billy the Kid: A Reader's Guide is a fitting capstone to a career's worth of investigation by one of leading expects in the field."

“Last year was a big year for me,” Etulain noted, with three other books published in addition to Billy the Kid: A Reader’s Guide: Thunder in the West: The Life and Legends of Billy the Kid; Abraham Lincoln: A Western Legacy; and William S. U'Ren: Oregon Father of the Initiative, Referendum, and Recall.

Etulain has finished another manuscript that will soon be published. Boyhood among the Woollies: A Sheep Ranch Memoir is the story of the author’s first years on an isolated sheep ranch in eastern Washington. Also, he is in the finishing stages of a literary history of the Pacific Northwest.

Etulain was the editor of the New Mexico Historical Review from 1979 to 1985 and directed the UNM Center for the American West from 1989 until his retirement in 2001. He served as president of both the Western Literature and Western History associations. He is now retired and living in a suburb of Portland, Oregon, with his wife Joyce.

Professor emeritus publishes two books about Billy the Kid: Etulain examines the man and the myth