A new book written by The University of New Mexico Department of Sociology chair, Richard Wood, takes an in depth look at the work being done to overcome racial inequality in the United States and to figure out how we, as a society, work across the racial divides we’ve inherited.

A Shared Future focuses on the work of a particular social movement sector known as faith-based community organizing. These coalitions work with local faith communities and a variety of organizations on a range of issues, often including work to advance racial equality in their communities and in the wider society.

“Organizations I study are trying to change how America deals with inequality, but they’re doing that across racial lines and they’re learning how to do that well,” Wood said.

The UNM sociology professor, along with co-author Brad Fulton, an assistant professor at the Indiana University School of Public and Environmental Affairs, drew on their National Study of Community Organizing Coalitions and on interviews in these organizations to look at how racial equity fits within the movement’s longstanding work against economic inequality in society and policy paralysis in government.

The researchers focused their attention on the PICO National Network, a large, faith-based community organization working to develop solutions to problems facing urban, suburban and rural communities. Wood said PICO, and other similar organizations, have seen great success in bridging the racial divide. They do it, he said, by putting a purposeful emphasis on racial and ethnic diversity within the organization’s leadership and high level administration, while simultaneously emphasizing excellent organizing work against inequality in the wider society. 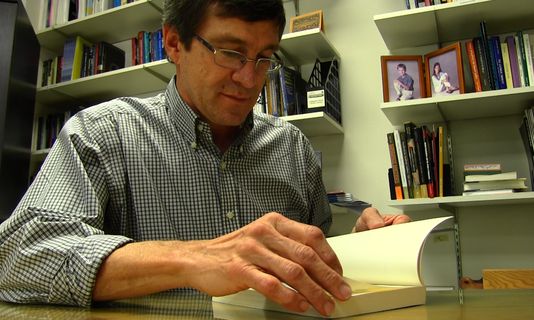 And it’s that emphasis on bringing different racial and ethnic groups together that Wood believes is where the success lies. For example, on one hand, America is still a predominately Caucasian country. And when you look at civic organizations within the U.S., the data shows their leadership remains about 86 percent Caucasian. That means you usually need white allies and leadership to be successful on a large scale, Wood said. On the other hand, he said the deep understanding of racial dynamics in America will always come from African-American, Native American, Latino, or other minority groups who have felt, firsthand, the sting of exclusion.

“If you can build really trusting dialogue and collaboration that involves both people of color and white people, with some really good leadership, you can get a lot done. You can succeed in building organizations that deal with race really well,” said Wood. “But it’s not easy, these organizations still struggle.”

Wood said universities play a critical role in this ongoing effort to bridge the racial divide, not only within their communities but in the wider society as well. As institutions responsible for shaping the leaders of tomorrow, Wood believes they can be the place where people’s thoughts and feelings about racial equality and equity are shaped.

“If we can get this right in universities and expose students to much healthier dynamics around race, then maybe we can begin to undo the legacies of racism in this country,” Wood said.

But while universities can be a place where meaningful change can occur, they’re also not immune to problems related to race. At the University of Missouri for example, two top university officials resigned after weeks of protests and allegations that officials had not done enough to address racial issues on campus. That movement has since prompted similar protests at universities across the country.

Wood said it’s issues like these that demonstrate the need for a collaborative effort in overcoming racial inequality. Something he said can happen if people from all kinds of communities are willing to do the necessary work.

“What my research shows is that groups that are willing to invest the hard work, the relational work, the unlearning of things we think we know and learning from folks that aren’t like us, then yes, we can overcome the racial divide.”

A Shared Future is available for purchase at the UNM Bookstore or online.